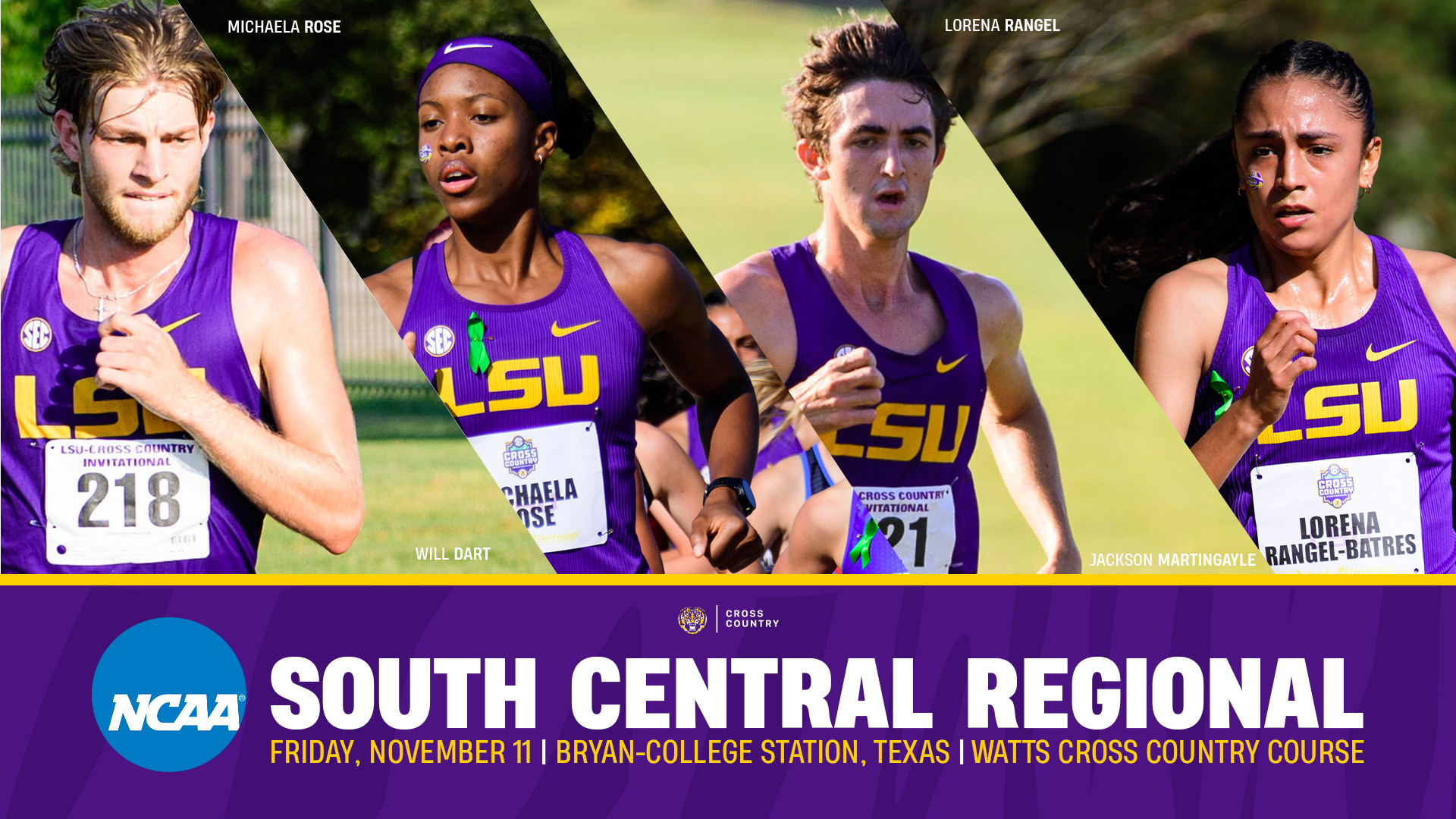 Eighteen teams will automatically qualify for the NCAA Championships by finishing as one of the top two teams on Friday at any of the nine NCAA Regional races being held around the nation. The remaining 13 at-large teams for the final site are selected by the NCAA Division I Cross Country Subcommittee.

Thirty-six individuals automatically qualify for the championships races by being one of the top four regional finishers not on an advancing team, and two additional individuals are selected at-large by the committee. The NCAA Championships will be held November 19 in Stillwater, Okla.

“We are really excited about this weekend,” said LSU cross country coach Houston Franks. “Championship meets are what we train for and when we expect to be at our best.”

The LSU women placed seventh at the SEC Championships on October 28 in Oxford, Miss., and have recorded three first-place team finishes this fall.

“Our women’s team is coming off a good conference championship and had a couple of good weeks of training,” Franks said. “We feel like we are ready to run our best race of the year.”

LSU’s Lorena Rangel, a sophomore from San Luis Potosi, Mexico, was the Tigers’ top finisher in the SEC Championships women’s 6K race, placing 17th in a time of 20:20.70.

She was named SEC Women’s Runner of the Week on September 27 after she placed first at the LSU Invitational with a career-best time of 17:17.70 in the women’s 5,000-meter race and guided the Tigers to the team title.

Rangel, a member of the 2021 NCAA South Central All-Region team, has also helped lead the LSU women this fall to the team title at the UNO Opener, finishing second in the 4K (13:16.91), and to a first-place team finish in the Florida State Open, crossing the line third in the 5K race with a time of 17:16.6.

The LSU women are also paced by Michaela Rose, who was voted to the 2022 Freshman All-SEC squad after she placed 22nd in the SEC Championships with a 6K time of 20:32.25.

Rose, a product of Suffolk, Va., was named SEC Women’s Runner of the Week on October 11 after leading the Tigers to a first-place team finish at Florida State Open. A biochemistry major, Rose placed second in the individual standings with a career-best time of 17:16.60 in the 5,000-meter race.

The LSU men recorded an 11th-place finish at the October 28 SEC Championships, and Franks said he is looking for improvement from the Tigers in Friday’s regional.

“Our men’s team is coming off a disappointing SEC meet, and we have talked about this weekend being about ‘R&R,’” Franks explained. “We are looking to Redeem ourselves and earn some Respect back this meet.  Our training has been going well; we just need to execute our race better.”

The LSU men are paced by senior Jackson Martingayle, who has been named SEC Men’s Runner of the Week on two occasions this season . The product of Virginia Beach, Va., placed first in the individual standings on September 23 at the LSU Invitational with a career-best time of 18:09.00 in the men’s 6,000-meter race, leading the Tigers to a first-place finish in the team standings.

The Tigers’ Will Dart recorded a second-place finish this fall in the 6K LSU Invitational with a time of 18:31.40. The junior from Shreveport, La., also has a ninth-place finish at the UNO Opener 5K in 15:13.93.