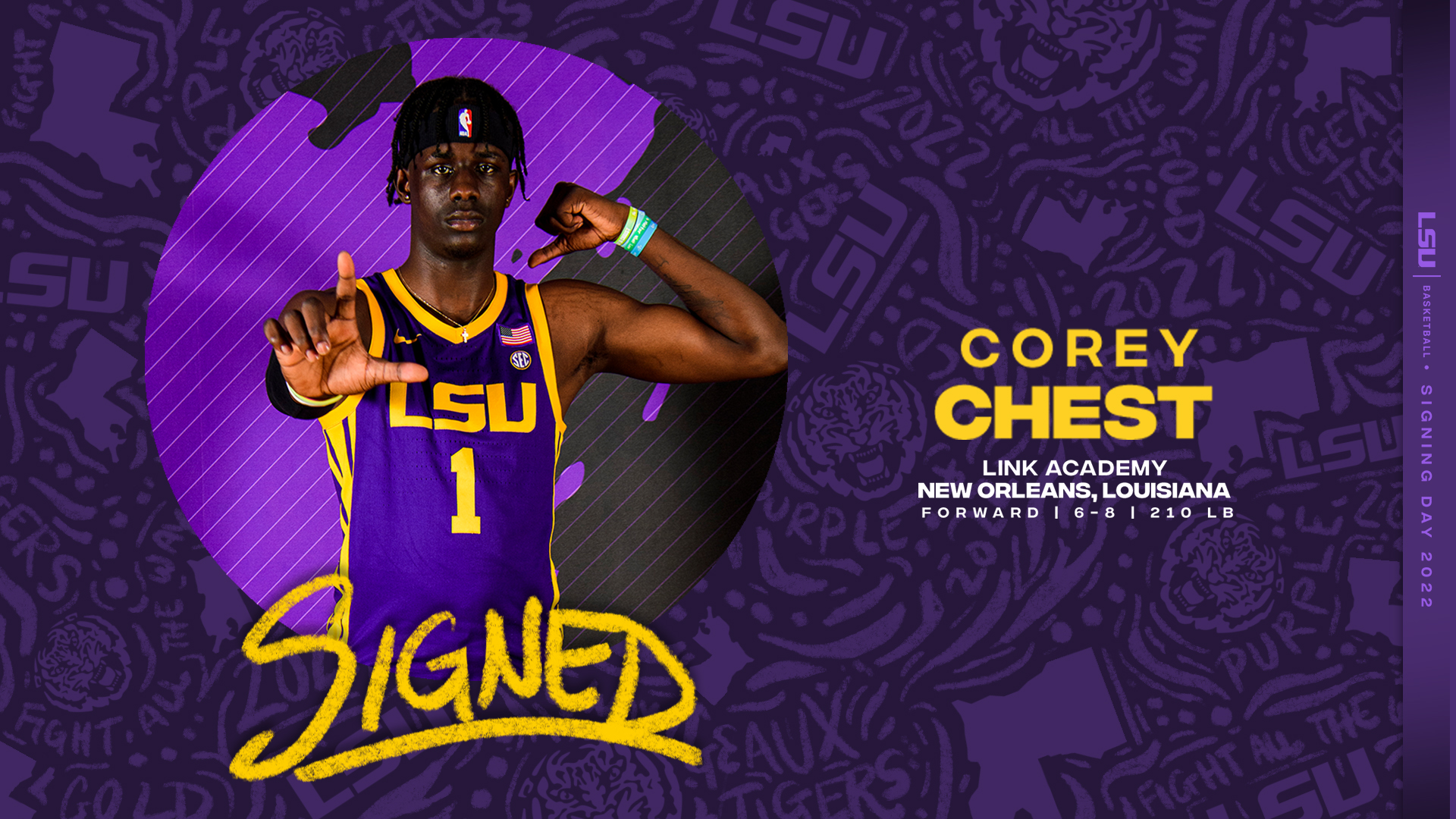 “We are extremely excited to welcome New Orleans, Louisiana native, Corey Chest, to LSU,” said Coach McMahon. “Corey has been a top priority for us since our first day on the job. We love the energy, athleticism, and toughness he will bring to our program. He impacts winning with his production on both ends of the court and his relentless pursuit and effort to rebound the basketball. We look forward to coaching Corey in his home state of Louisiana.”

Chest was a Class 4A First Team All-State selection in Louisiana averaging 17 points, 10 rebounds, three assists and four blocks. McMain was 28-8 last season and reached the Class 4A title game each of the last two years.