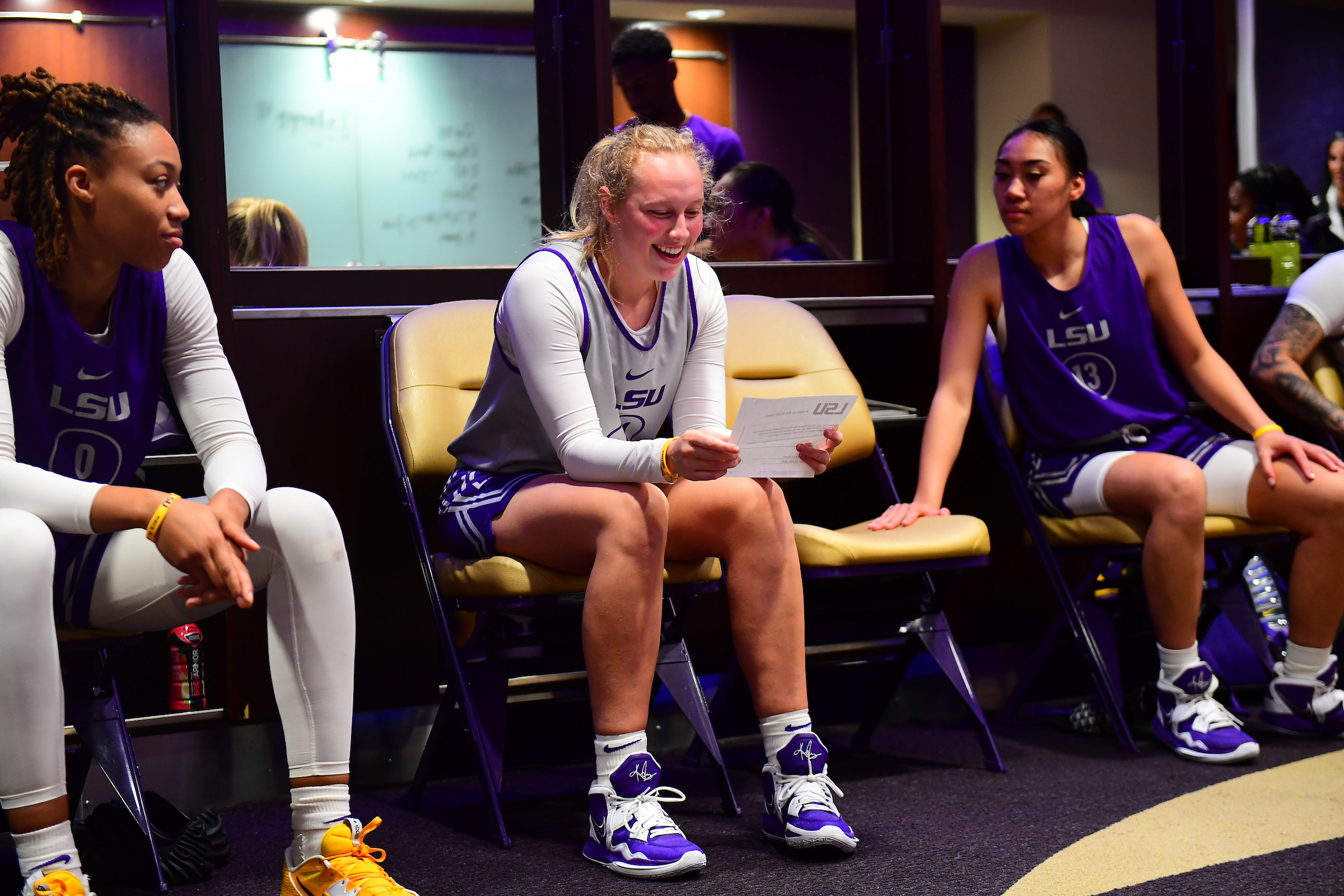 BATON ROUGE – Emily Ward, a senior on the LSU Women’s Basketball team, was awarded a scholarship by Coach Kim Mulkey Monday prior to the team’s shoot around in preparation of the season opener at 7 p.m. CT.

Coach Mulkey grouped the team together in the locker room prior to the shoot around and surprised Ward.

Ward has been a walk-on the past three seasons for the Tigers, making 13 game appearances. Coach Mulkey has stated that Ward is one of a few that she is confident can be plugged in to play at all five positions on the court with knowledge for what each position is responsible for.

Off the court, Ward has continually represented LSU well. She is successful in the classroom and has earning a spot on the SEC Winter Academic Honor Roll both past two season and was on the First Year SEC Academic Honor Roll as a freshman. Ward is on track to graduate in December with a degree in Mass Communication and plans to enroll in graduate school at LSU.

For the past two seasons, Ward has represented LSU Women’s Basketball on the SEC Basketball Leadership Basketball Leadership Council. Last year the council meeting was virtual, and this year Ward travelled to Birmingham in September for a day of meetings at the SEC offices. The goal of the leadership council is for student-athletes to serve as a conduit of communication from their teams to the conference office on issues related to student-athlete experience, student-athlete wellness, and to provide feedback on proposed rules governing the SEC and NCAA.