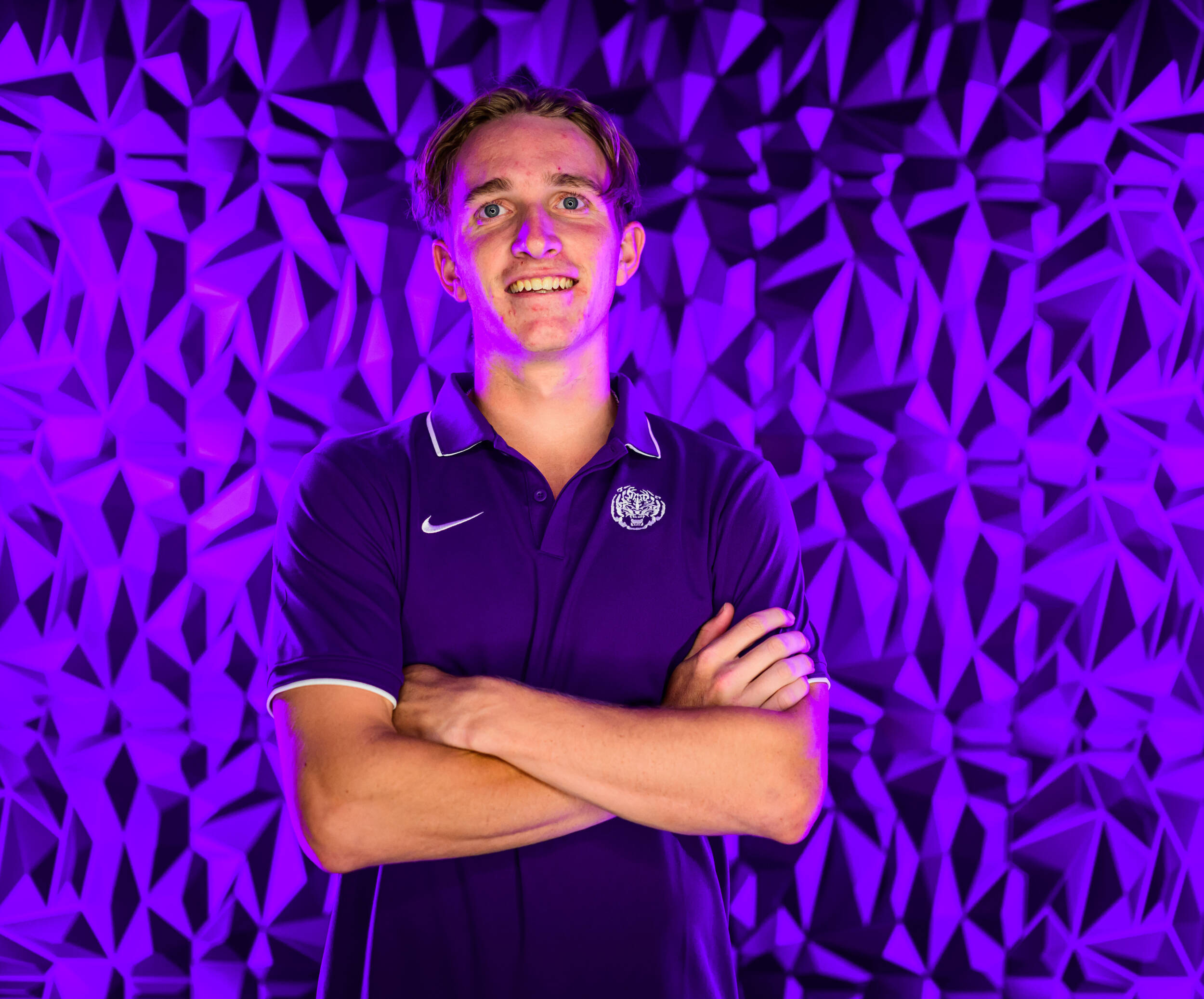 Stoupe faced Kacper Dworak of Louisiana in the White Draw Singles Championship. Set one went to Dworak 6-4. The Tiger came back to even the match at 6-3 in set two before going on to win the match in set three 6-1.

Will Cubitt and Julien Penzlin competed against Pasawee Reasnsuwong and Shamirul Shahril of Southern Miss in the White Draw Doubles. The Tiger duo made quick work of the match, winning 6-2.

Welsh Hotard and Stoupe walked over to the Doubles Semifinals in the Crimson Draw Doubles.

Duo Hotard and Penzlin went against Tulane’s Charlie Berry and Luka Petrovic. The Tigers fought hard, but the Green Wave won the match in a tiebreaker 7-6(5).

Cubitt faced Samford’s Will Gray. The Tiger took set one 6-3 before Gray came back to even the march 6-4. In the 10-point tiebreaker, Cubitt secured the victory 10-4.Next, Cubitt went on to face Nazar Fedoryshyn of North Alabama. Fedoryshyn secured the match 6-1, 7-5.

Penzlin opposed Cesar Bouchelaghem of Washington. Set one went to Bouchelaghem 6-3, who went on to win the match 7-6(4).