No. 14 LSU Opens Second Season With Coach Mulkey Against Bellarmine 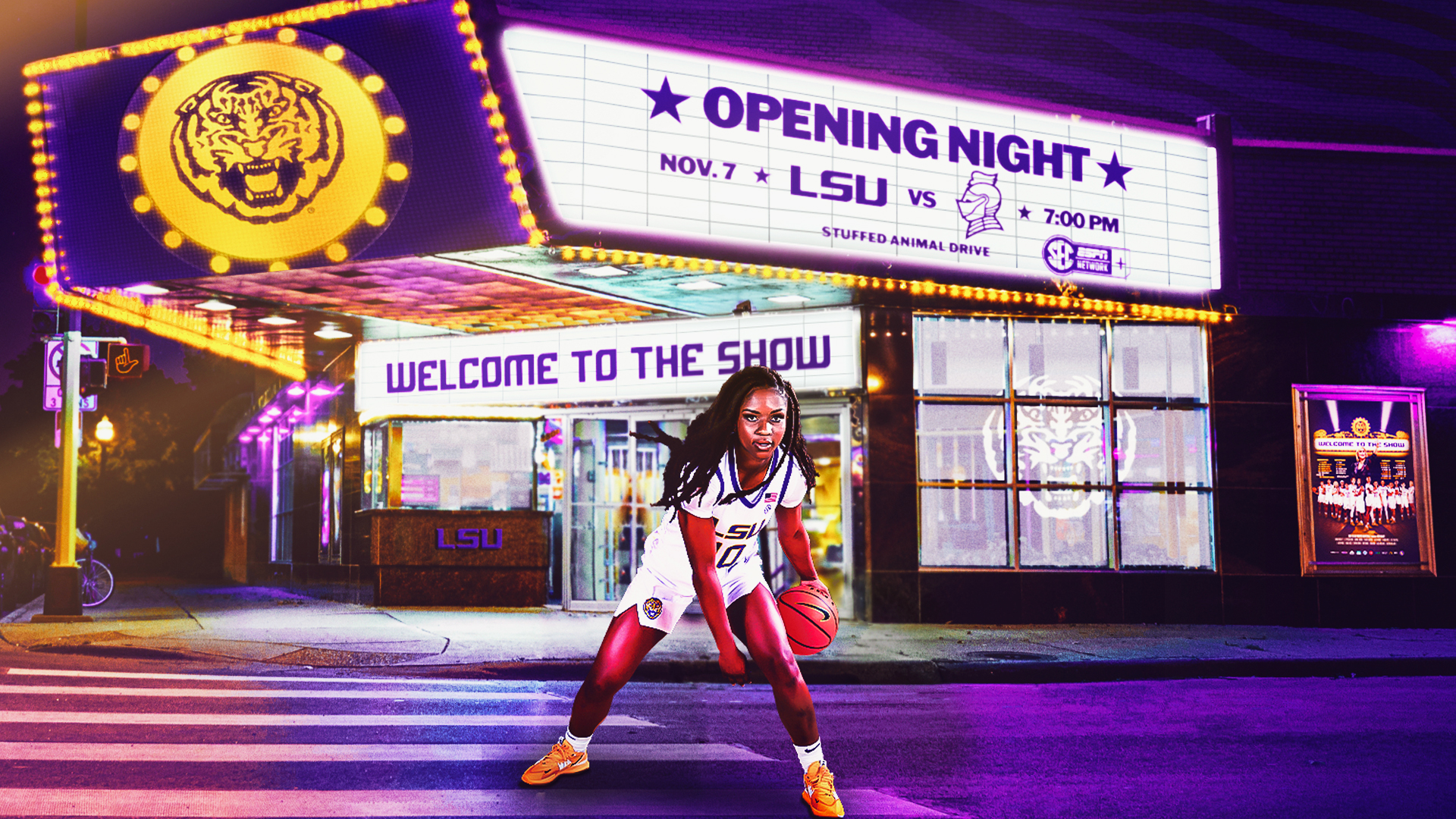 BATON ROUGE – Coach Kim Mulkey will begin her second season at LSU on Monday when the No. 14 Tigers take on Bellarmine at 7 p.m. inside the PMAC.

The game can be streamed on the SEC Network + with Lyn Rollins and Garrett Walvoord on the call. Patrick Wright and Shaeeta Williams will also broadcast the game on the LSU Sports Radio Network, 107.3 FM in Baton Rouge.

LSU will host a stuffed animal drive Monday evening, collecting items that the LSU Women’s Basketball Program will donate to Our Lady of the Lake Children’s Health prior to the holiday season.

In her first season at LSU, Coach Mulkey led the greatest turnaround by a first-year head coach in SEC History and won AP National Coach of the Year. The Tigers went 26-6, climbed as high as No. 9 in the AP Poll and hosted first- and second-round NCAA Tournament games in the PMAC as a No. 3 seed. The Tigers have five players (one starter) back from last year’s team, but LSU reloaded with talent adding talented freshmen and some of the top transfers in the country.

With nine newcomers, LSU will look to piece the newcomers and returners together on a team that enters the season ranked No. 16 in the AP Poll and No. 14 in the Coaches Poll.

Guard Alexis Morris is the lone returning starter from last year’s team. In her first season at LSU, Morris electrified the offense with 15.0 points per game. She has received numerous preseason honors as she looks to take a larger leadership role on this year’s team. Guard Ryann Payne (5.6 ppg) is the only other returner that averaged over five points last season. Guard Timia Ware and forward Amani Bartlett are entering their sophomore seasons and their second year with Coach Mulkey. Emily Ward is a walk-on entering her senior season.

Forward Angel Reese is ESPN’s No. 1 Impact Transfer this season, coming to LSU from Maryland. Having averaged a double-double last season, Reese is tabbed as the No. 7 player in the country by ESPN going into the season. Through the transfer portal LSU also added the sharp-shooting guard Jasmine Carson (West Virginia), a physical guard Kateri Poole (Ohio State), SEC experienced forward LaDazhia Williams (Missouri) and the top JUCO transfer in the country Australian guard Last-Tear Poa (Northwest Florida State College).

The freshman class that Coach Mulkey signed last November is also in a position to make an immediate impact on the court. Flau’jae Johnson was the No. 26 player in the country and is a dynamic guard who knows how to score the ball. Forward Sa’Myah Smith brings a winning mentality, having won back-to-back Texas 6A State Championships to close out her career at DeSoto High School. Forward Alisa Williams can make an impact in the post who possesses a high basketball IQ. Guard Izzy Besselman is a walk-on from Baton Rouge.

The Tigers dominated in their two exhibition games, taking down Mississippi College, 88-35, and then beating Langston, 121-46.