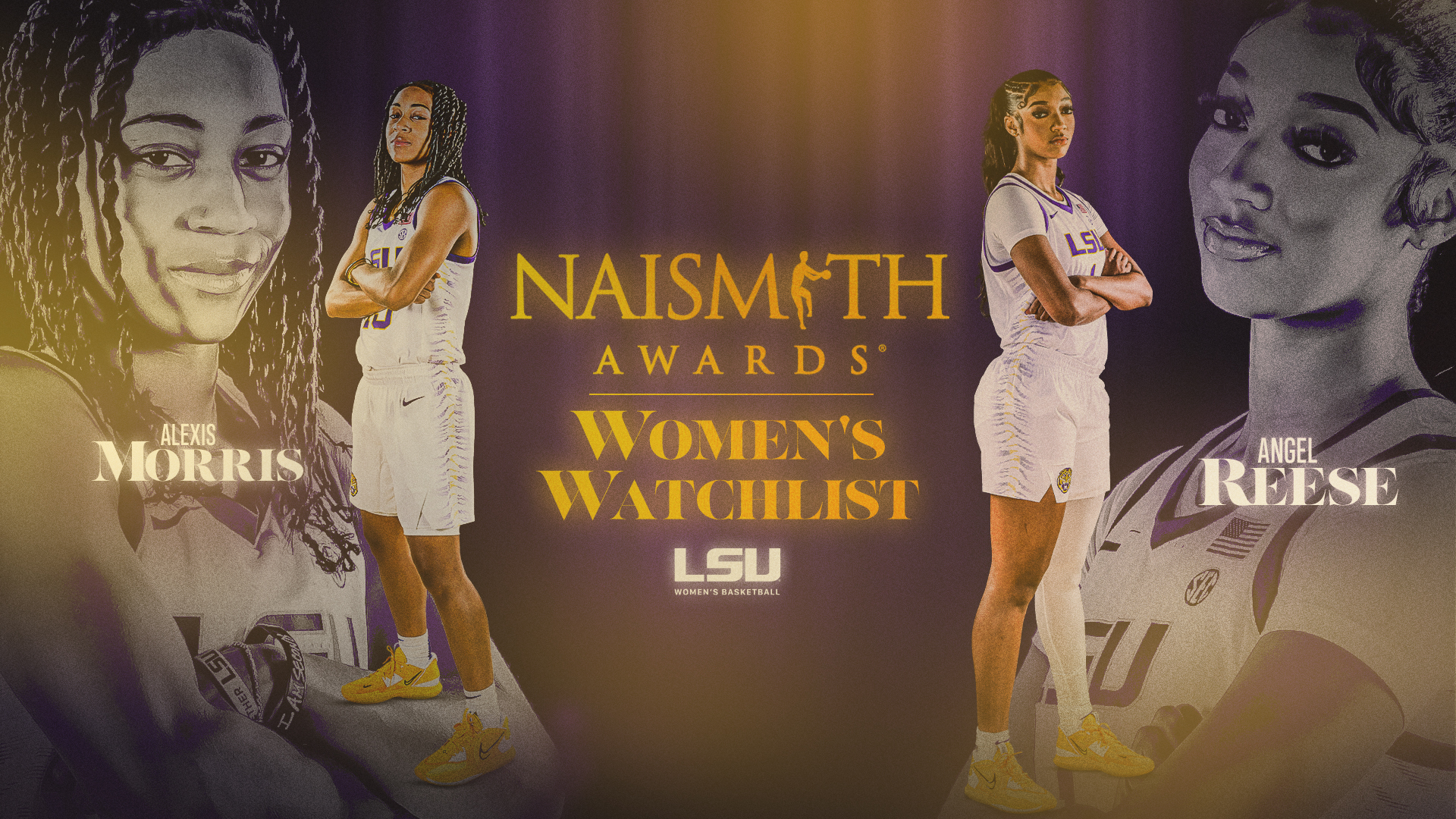 BATON ROUGE – With the season three days away, that Atlanta Tipoff Club has announced LSU’s Alexis Morris and Angel Reese have been named to the Naismith Trophy Women’s Watchlist as two of the top players in the country.

LSU will begin its season Monday when the Tigers host Bellarmine at 7 p.m. inside the PMAC. LSU will host a stuffed animal drive during Monday’s game where fans can donate stuffed animals that the LSU Women’s Basketball program will gift to Our Lady of the Lake Children’s Health prior to the holiday season.

Morris electrified LSU’s offense during her debut season as a Tiger, earning Second Team All-SEC honors in her first year in Baton Rouge. Morris scored in double-figures during 22 games last season, averaging 15.0 points per game to lead LSU’s returners this season. She is the only player back from last season that averaged over 10 points. In her final season this year, Morris is expected to take on a larger role of leadership within the team and will see more time playing point guard than she did last year.

Reese is ESPN’s No. 1 Impact Transfer, coming to LSU from Maryland over the offseason. She is also ranked as the No. 7 player in the country going into the season by ESPN. The 6-3 forward earned multiple All-America honors last season and led the Terrapins to the Sweet 16 in her sophomore season before entering the transfer portal. With 17.8 points and 10.6 rebounds per game, Reese was the first Maryland sophomore to average a double-double since 1975. Out of St. Frances Academy, the Baltimore native was the No. 2 overall player in the class of 2020 and was a McDonald’s All-American. Reese has three seasons of eligibility remaining.