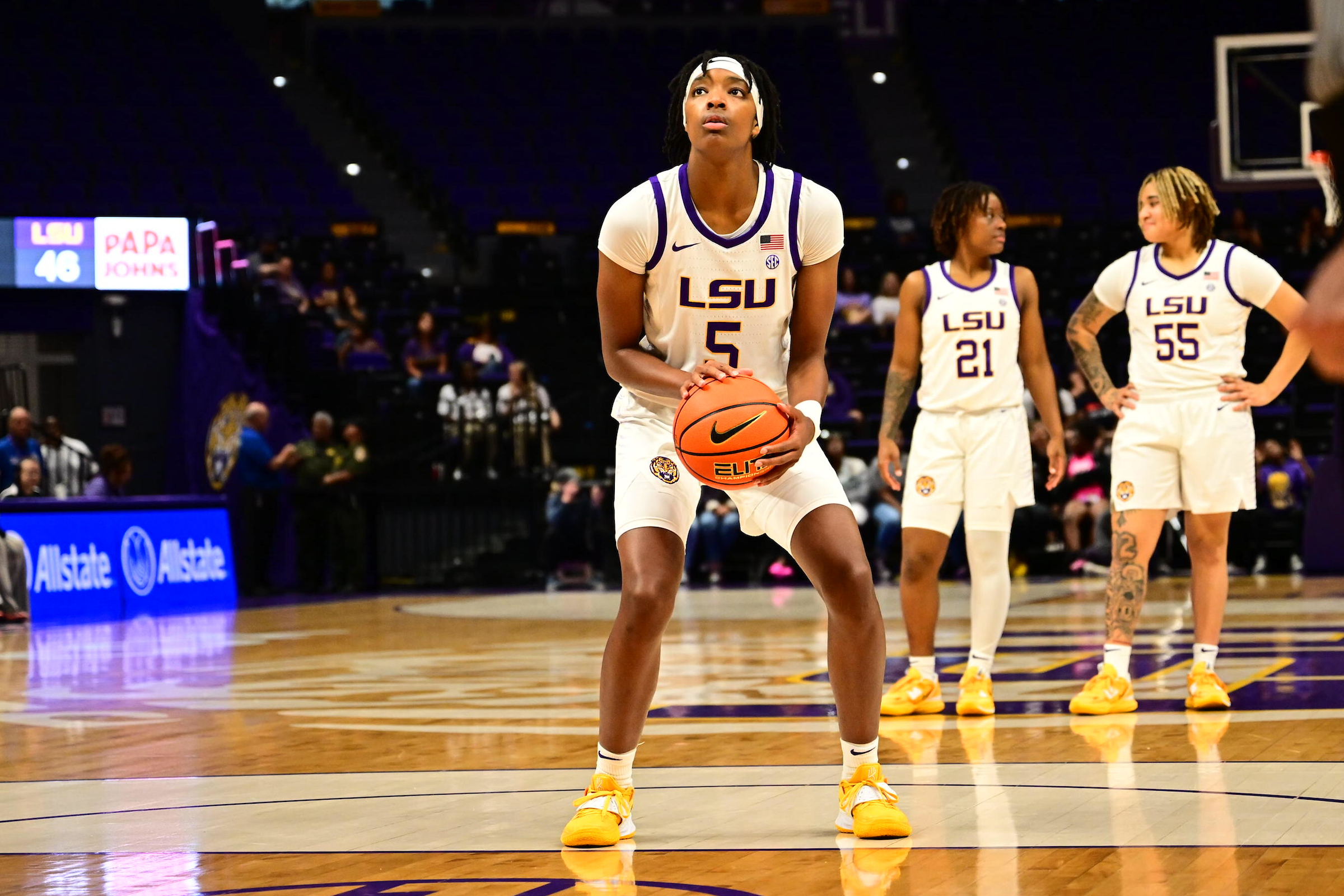 Sa’Myah Smith recorded a double-double in 16 minutes of action Thursday night, finishing the game with 19 points and 11 rebounds. Smith went 8-9 from the field and made an impact on the offensive glass with 5 offensive rebounds.

Timia Ware had a game-high 20 points, 5 rebounds and 4 assists. Sixteen of Ware’s points came in the second half as the Tigers out scored the Langston 59-21 in the second half. Emily Ward (17), LaDazhia Williams (13) and Jasmine Carson (11) all finished with double-figures too. All 11 players that saw action for LSU Thursday night scored with at least one bucket.

Coach Mulkey announced Wednesday that Alexis Morris, Angel Reese and Ryann Payne would not play in Thursday’s exhibition, allowing younger players to showcase their talent. All three of them are expected to play in Monday’s season opener.

“Without playing Morris, without playing Reese and without playing Payne,” Coach Kim Mulkey explained, “it allowed me to observe and watch different combinations on the floor, watch certain aspects of each of their games to see when it gets to the regular season.”

Langston’s Hailey Jordan led the Lions with 9 points, followed by Jada Smith and Ayasha Thomas with 8 points a piece.

LSU shot an impressive 57-percent from the field and out-rebounded Langston, 63-28. The high-tempo Tigers scored 40 points off fast breaks and added 32 points off of 23 Langston turnovers.

LSU will take on Bellarmine at 7 p.m. CT in the PMAC to officially open its season. Fans can bring stuffed animals to the game that the LSU Women’s Basketball program will donate closer to the holiday season.

LSU started the game on a 14-0 run, led by L. Williams with 7 points early on. Langston did not score until there was 3:35 left in the first quarter with a three-pointer. The Tigers shot 50-percent from the field in the opening quarter and limited Langston to 18.8-percent shooting. LSU led 27-8 after the first quarter.

Carson hit her second three of the game with 6:16 left in the second quarter, starting a stretch where she scored 8 consecutive points for LSU and hit another three, part of a larger 17-3 LSU run to blow the game wide open and take a 53-20 lead. Smith had 10 points in the second quarter and was 4-4 from the field, leading LSU’s offensive surge to go into the half with a 62-25 lead. Smith also grabbed 9 rebounds in the first half.

LSU was dominant on the offensive glass in the first half, grabbing 12 offensive rebounds for 20 second chance points. LSU spread the scoring all around in the first half as nine players scored points in the game’s first 20 minutes.

Poa picked off Langston’s inbound pass to open the third quarter and got LSU rolling to start the second half with a fast-break layup. The Tigers’ offense found success in the paint scoring 10 points in the post through the first five minutes of the quarter. LSU went up by 50 points when Smith laid it in on a fast-break pass from Ware with 3:59 left in the third. LSU ended the third quarter on a 15-0 run.

The Tigers broke the 100 point mark on the first possession of the fourth quarter as Ward reached double-figures. The Tigers carried the momentum into the fourth as they improved their longest run of the night to 19-0. Ware continued her notable second half as she scored her 20th point of the game off a fast break with just 1:35 remaining.