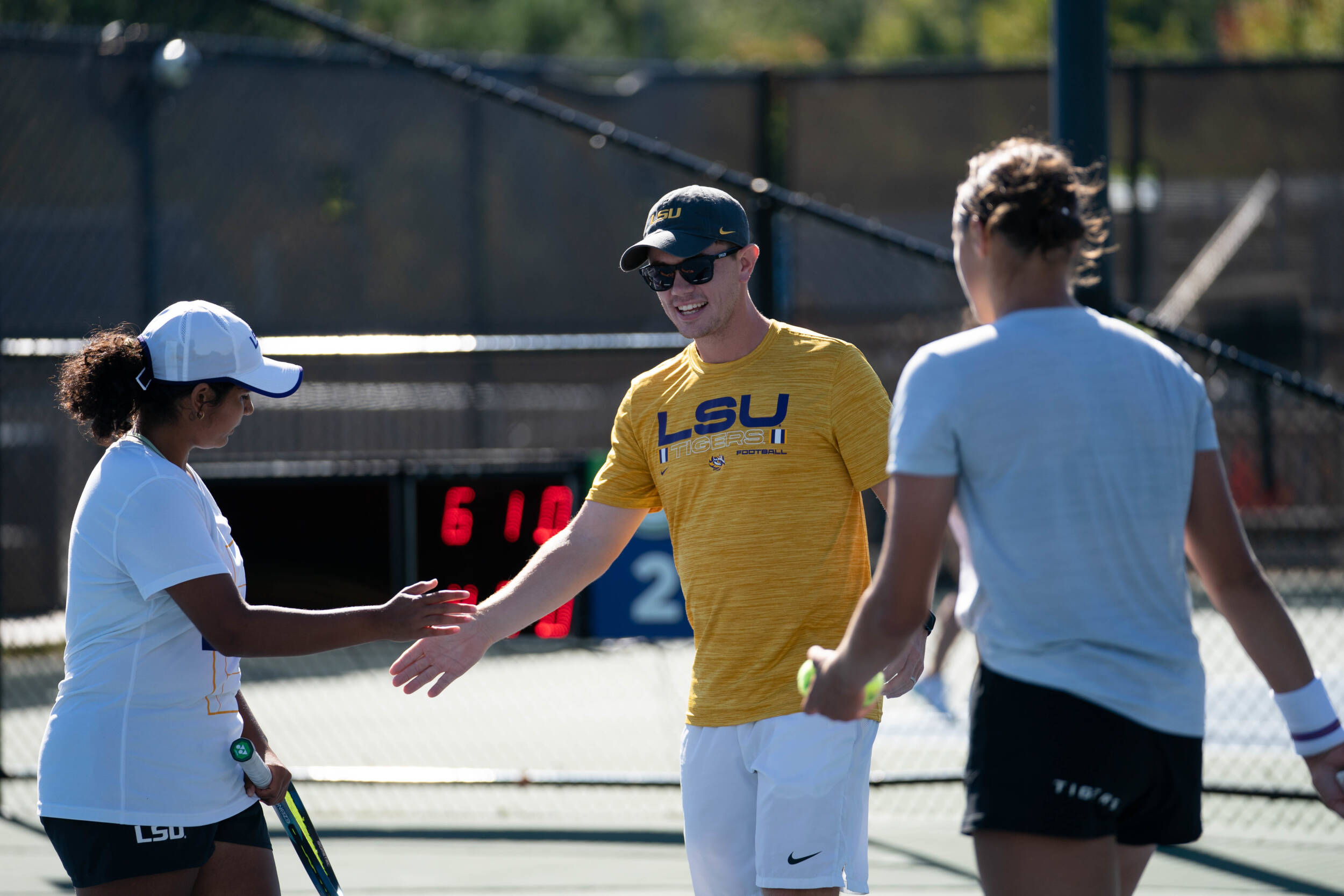 San Diego, Calif. – The LSU women’s tennis duo of Anastasiya Komar and Nikita Vishwase advanced to the second round of doubles at the ITA National Fall Championship with a three-set win late Wednesday night at the Barnes Tennis Center.

Singles Result
The beginning of the day was halted by rain in the morning, which delayed the start of play by two hours. Komar stepped on the court for her singles match against Barry University’s Deniz Khazan in the late morning. Khazan took an early lead in the first set and held off a late charge from Komar to win the first set, 6-4. The second set was a strong showing for the Barry player, who only dropped one game on her way to a 6-1 win to clinch the match.

Doubles Results
The weather delay in the morning pushed back the evening doubles matches, which meant LSU’s two doubles teams took the courts long after the sun set for some night matches. Maggie Cubitt and Mia Rabinowitz teamed up as they took on Nova Southeastern’s Fatima Bizhukova and Natalie Espinal. The NSU duo took the lead in set one and went on to win it 6-3. The Tiger duo opened the second set strongly, but Bizhukova and Espinal charged back to narrowly win 6-4 and advance to the next round.

Komar was back on the courts as she and Vishwase faced North Carolina State’s Nell Miller and Amelia Rajecki. The LSU duo opened the match strongly as they took the lead and held off the Wolfpack pair to win the first set, 6-4. Miller and Rajecki responded in the second set with a fine showing as they won 6-3 and forced a ten-point tiebreaker to decide the match. The tiebreaker opened in the Tigers favor, but the Wolfpacks cut the lead down to 6-5. Komar and Vishwase finished by winning four of the final five points to win 10-6 and advance to the round of 16.

Up Next
Komar and Vishwase will face Delaware’s Adel-Byanu Abidullina and Eliza Askarova in the round of 16 at 6 p.m. CT on Thursday.