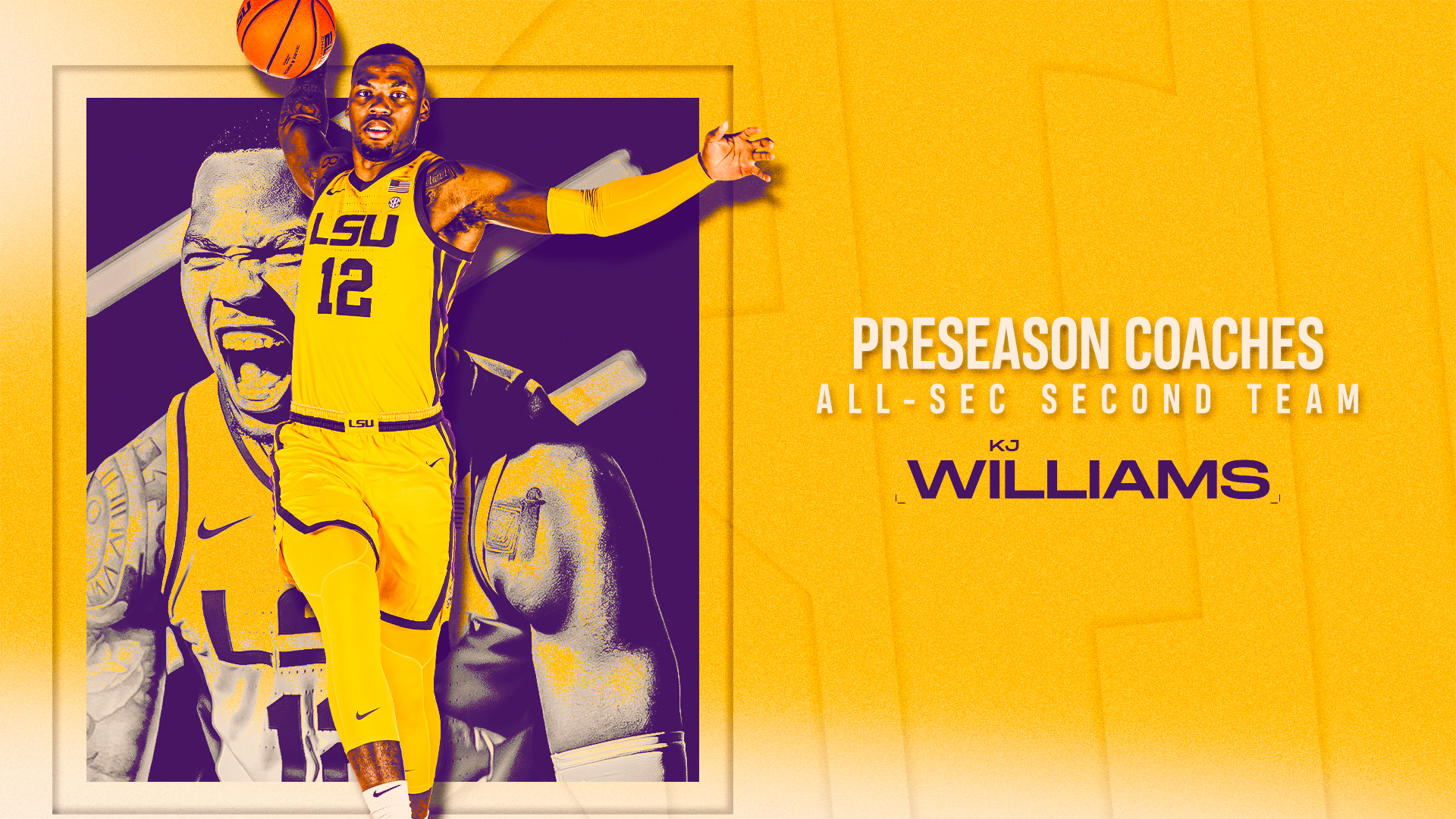 BATON ROUGE – The Southeastern Conference announced on Wednesday the selections for All-SEC made by the league coaches on the eve of the 2022-23 season.

LSU forward KJ Williams, like on the media team announced at Tipoff23, was named a preseason second-team selection.

The Tigers open the 2022-23 season on Wednesday, Nov. 9, at 7 p.m. at the Pete Maravich Assembly Center against Kansas City. Single game tickets for November and December non-conference games are on sale, as well as season tickets, as the LSU Athletics Ticket Office and at LSUTix.net.

Williams transferred to LSU for his fifth season from Murray State where last season he averaged 18.0 points per game, 8.4 rebounds and shot 53.8 percent from the field (245-of-455). He led the OVC in scoring, was second in the league in rebound average and sixth in field goal percentage.

He comes to LSU with 27 career double doubles and with 84 career games scoring in double figures.