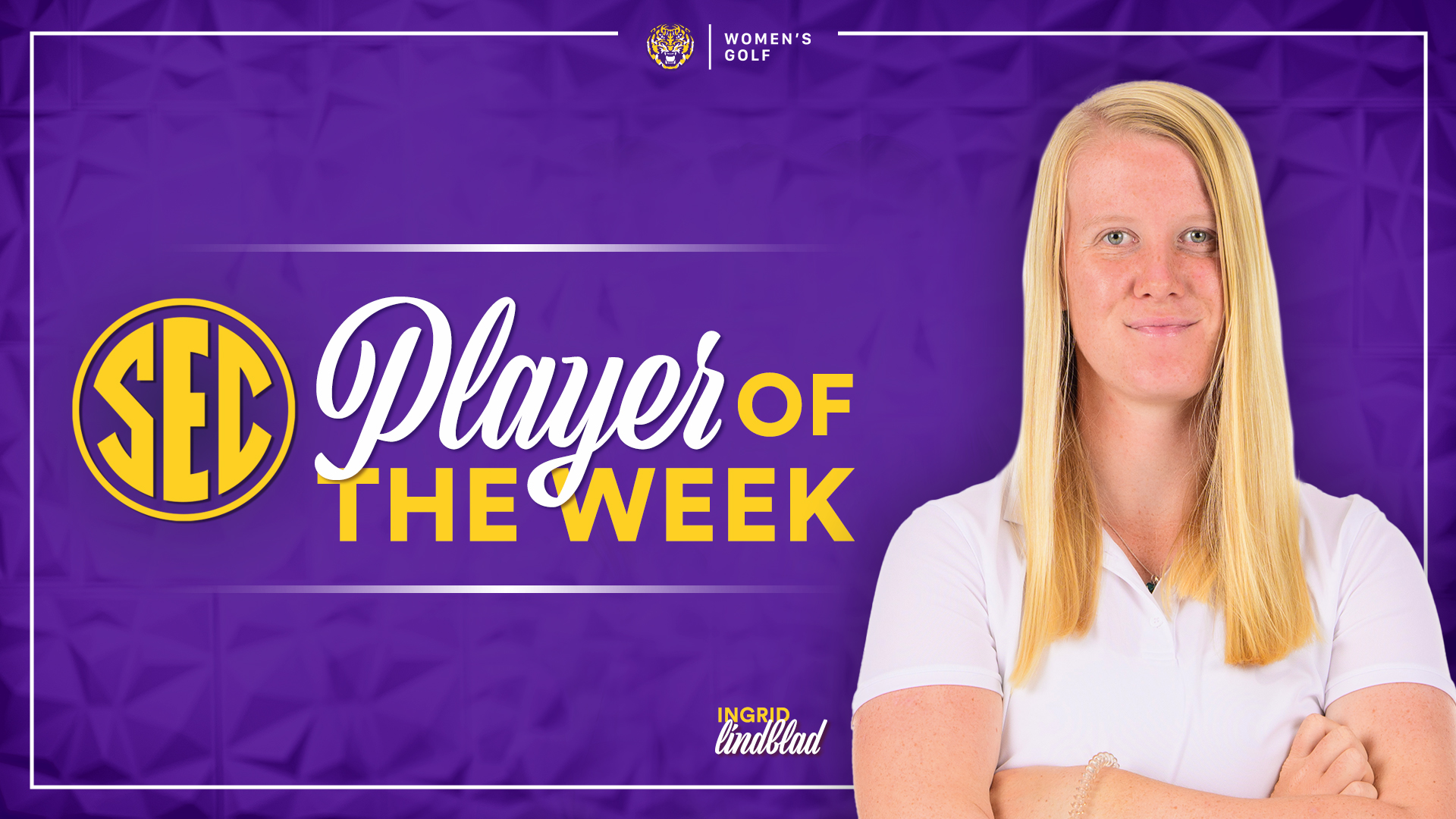 Wednesday, LSU senior Ingrid Lindblad was named SEC Golfer of the Week after her 10th career collegiate victory Sunday at the Battle At The Beach in Mexico.

Lindblad also shot 7-under 64 for the aggregate single round total in the second and third rounds of the tournament. It was the fourth time Lindblad has shot a 64 at LSU in collegiate competition and the sixth time in LSU women’s golf history, a player has shot 64.

Lindblad’s 18-under won the title by seven shots and also gave her the 27th top 10 finish at LSU, also continuing to add to the record in that category.

The Tigers have completed their fall season and will resume at the Nexus Collegiate Invitational in the Bahamas on Feb. 13.