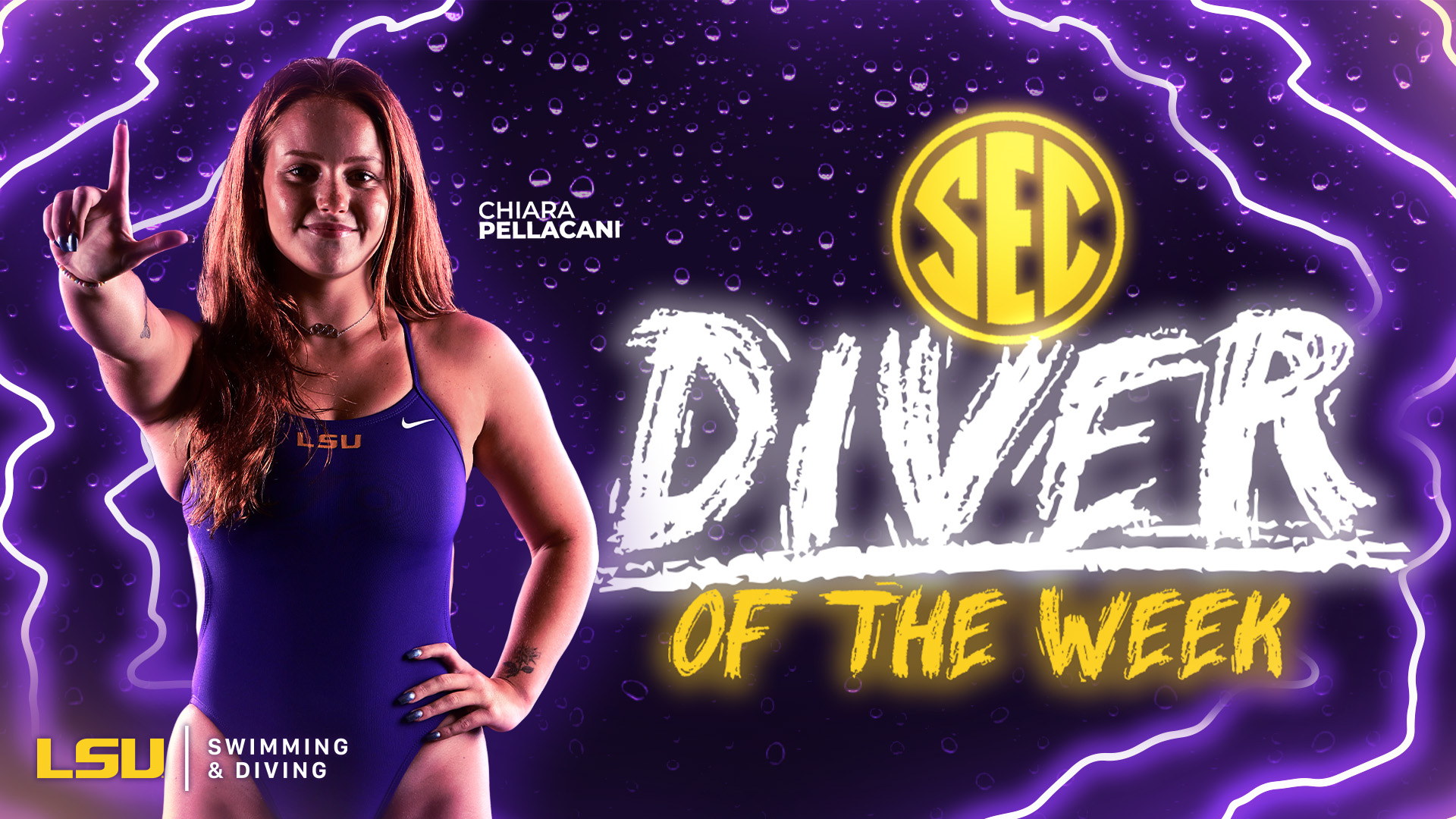 BATON ROUGE, La. – LSU diver Chiara Pellacani was named the SEC Female Diver of the Week Tuesday for her performance in a dual meet with conference foe Auburn, the league office announced.

“Chiara had a great performance on three-meter against Auburn last week,” head diving coach Drew Livingston said. “She’s done a great job of managing a busy summer competing in Europe and adjusting to her first fall semester here at LSU. We think she’s just scratching the surface of her potential and can’t wait to see what she has in store for the rest of the season.”

Pellacani, a product of Rome, Italy, has been a mainstay in the diving lineup since she arrived in the Spring 2022 semester. After claiming SEC Female Freshman Diver of the Year, she picked up where she left off in her early competitive experiences.

Pellacani nearly swept the springboard events against Auburn. On three-meter, she topped the competition with an impressive final score of 348.38, which outscored the next best diver by 20 points. On one meter, she finished in second place with a final score of 286.28.

Pellacani and the Tigers return to action Friday to take on Alabama in a second consecutive conference dual meet. The meet is scheduled to begin at 1:00 p.m. CT and kicks off a busy weekend for the program, as it hosts an alumni weekend.