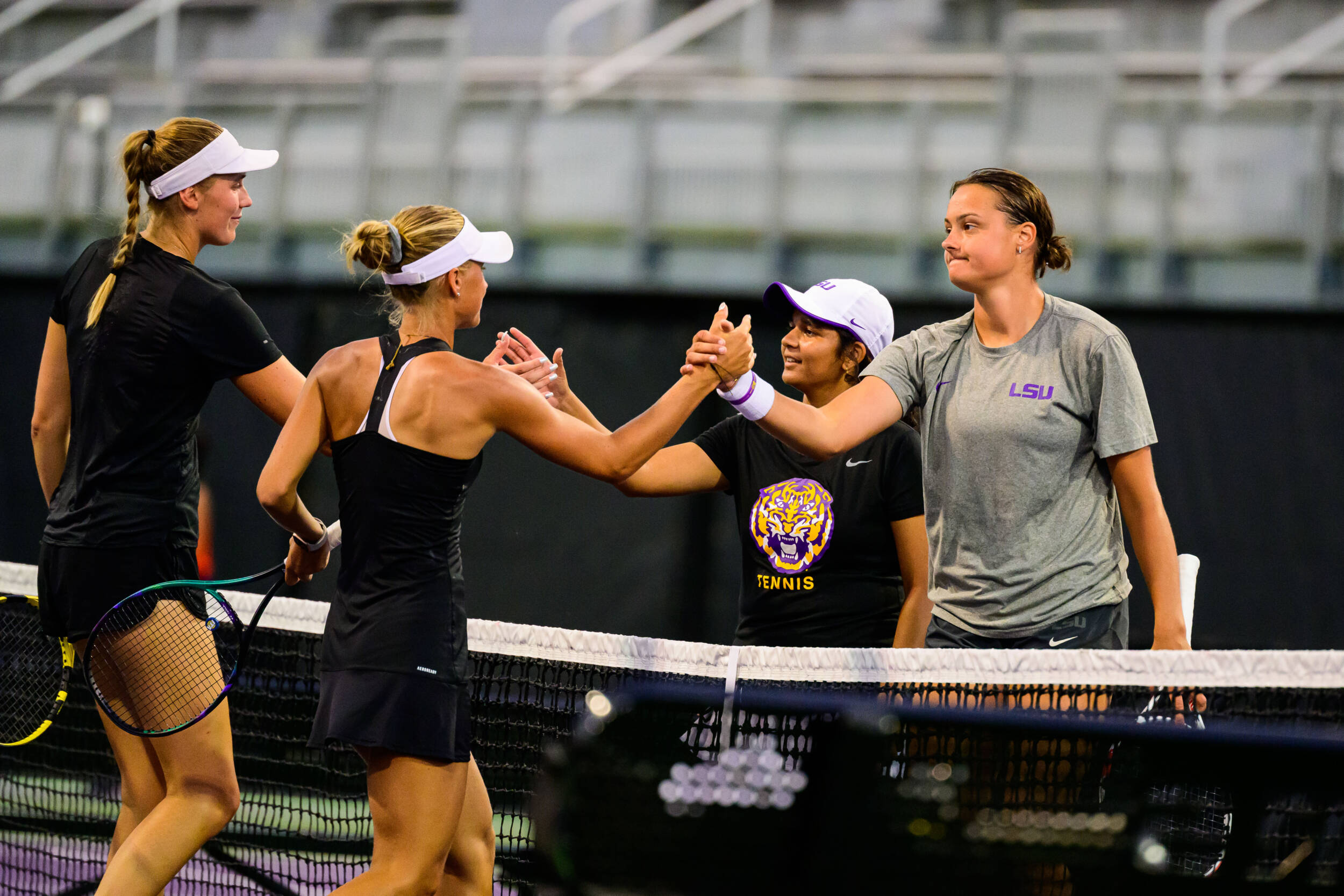 Komar and Vishwase will compete in the doubles championship and are joined by the pair of Cubitt and Rabinowitz. In singles, Komar is the lone Tiger competing in the singles championship. Komar will be in singles action at 11 a.m. CT while both doubles teams will play at 7:30 p.m. CT.

Tournament Format
The ITA National Fall Championships brings together the nation’s top singles and doubles players to battle it out for the most prestigious individual honors over the course of the fall season. The tournament has been a key aspect of the college tennis landscape, beginning in 1984 for women’s tennis.

Tiger Tidbits
The four qualified Tigers earned their berths in the tournament with fantastic showings at the ITA Southern Regionals just two weeks ago. Komar ran the table in singles as she won six matches, include two against ranked foes, to claim the singles title over Ole Miss’ Lillian Gabrielsen, (5)6-7, 6-1, 6-1.

In doubles, the final was all LSU as Komar and Vishwase faced Cubitt and Rabinowitz in the final. The two duos started in the Round of 32 and won three straight matches to qualify in the semifinal round. Komar and Vishwase knocked off the region’s top seeded duo of No.14-ranked Lahari Yelamanchili and Charlotte Russell of Tulane, 6-4, 6-0, to qualify their way into the final while Cubitt and Rabinowitz took down the region’s second seed of No. 25 Petra Sedlocova and Anna Parkhomenko from Alabama, 6-2, 1-6, 10-4, to join their teammates in the final. The final saw the newcomers beat the veterans as Komar and Vishwase won 7-5, 7-5 to claim the doubles title.