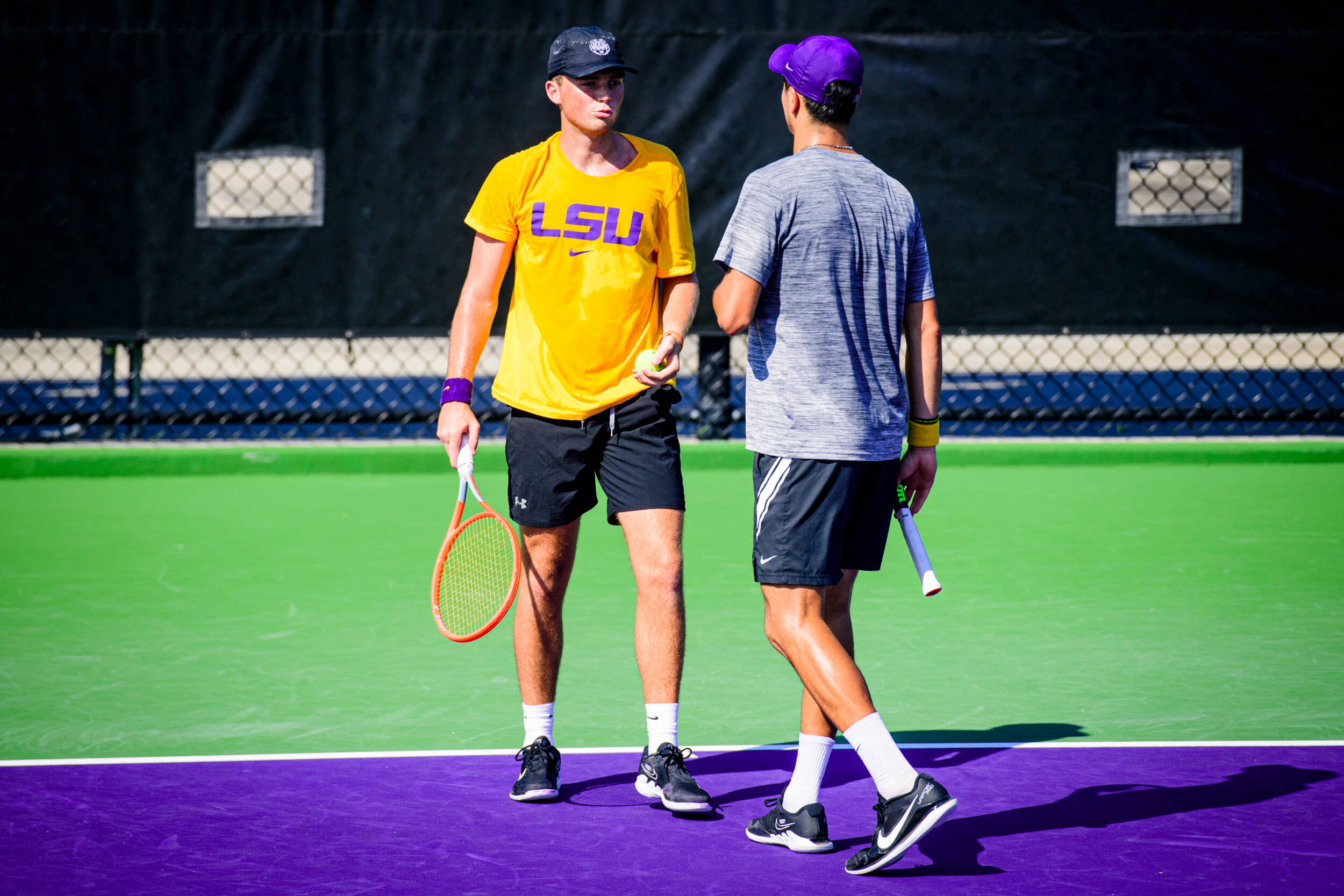 LAFAYETTE, La. – LSU men’s tennis duo Benjamin Ambrosio and Will Cubitt secured the flight No. 3 Doubles Championship on day three of the Cajun Classic at the City Club at River Ranch .

In flight No. 3, Ambrosio and Cubitt faced Dan Perrson and Faiz Nasyam of Tyler Junior College. The Tiger duo won the match, 6-2.

LSU had two players in the Singles Championships. In flight No. 1, Stoupe competed against Sebastien Collard of South Alabama. The Tiger fell 3-6, 4-6.

In flight No. 2, Ambrosio faced South Alabama’s Maxime St-Hilaire. Set one went to St-Hilaire 4-6, who would go on to win the match 5-7 in the second set.