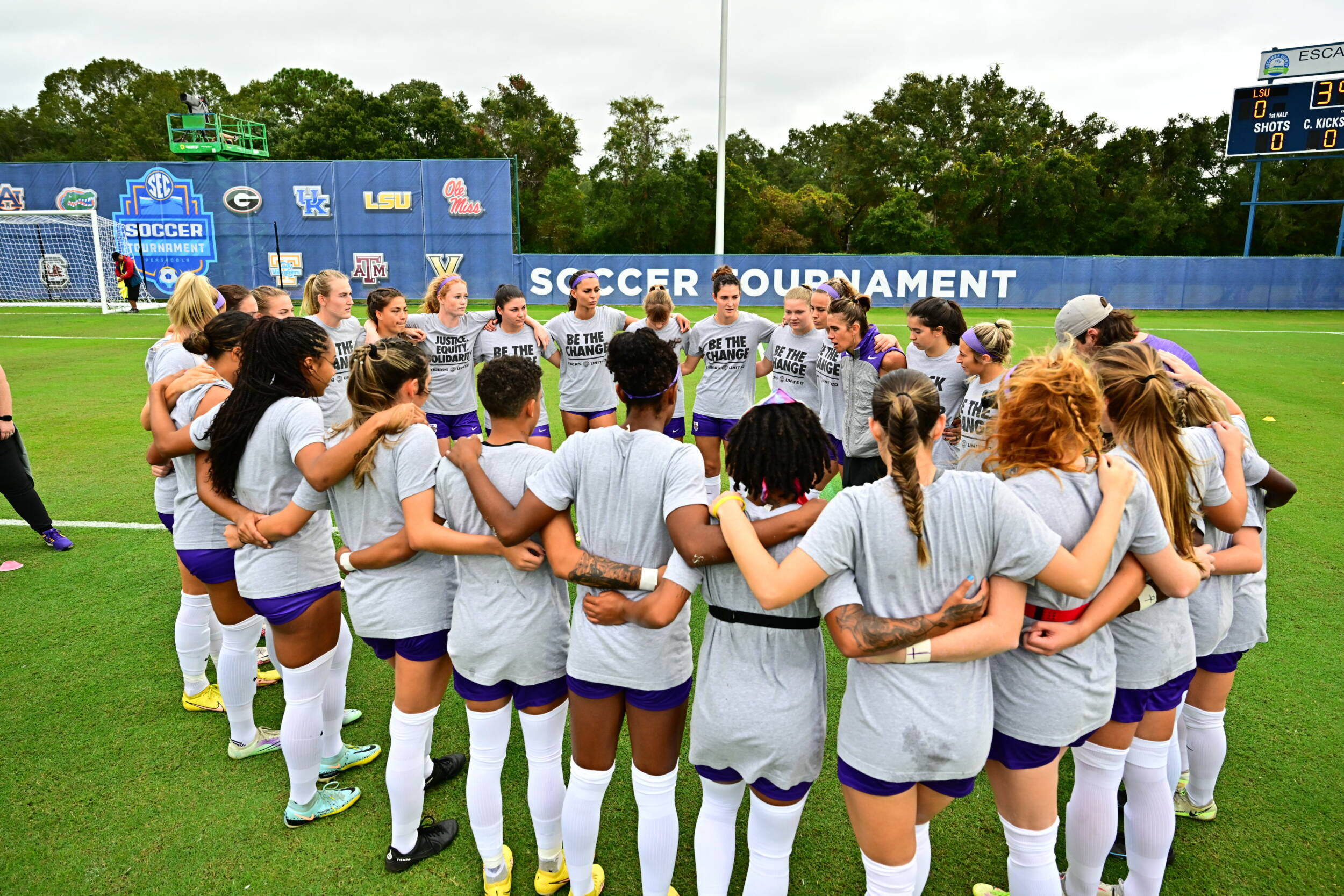 PENSACOLA, Fla. –  The No. 7-seeded LSU soccer team was defeated by No. 10-seed Ole Miss in a penalty shootout in the first round by a score of 3-0 at the Ashton Brosnaham Soccer Complex on Sunday afternoon

The match opened with neither team able to take control of the match. Swift made her first save of the day in the 15th minute as she stopped a long-ranged effort from an Ole Miss attacker. LSU had eight shots in the final third through the first half, but none could be directed on target. That was all for the first half as the teams went into the break scoreless.

The second half opened with Swift picking up her second save of the day in the 52nd minute as she poked a powerful long-ranged effort from Ole Miss’ Aubrey Mister over the crossbar.

LSU had its first shot on target in the 68th minute as defender Shannon Cooke lined up a long-ranged effort that required Ole Miss’ Ashley Orkus to save. Less than a minute later at the other end, Swift picked up her third save of the day as she easily caught a shot on frame. Neither teams could find the breakthrough after 90 minutes and the match headed to two ten-minute periods of overtime.

The first period of overtime featured a shot off target from defender Tilly Wilkes in the 92nd minute and an Ole Miss shot off target in the 98th minute. The second period of overtime opened with the Tigers on the attacking foot as forward Mollie Baker’s shot from inside the box was denied by Orkus’ 26 seconds into the start of the period. Orkus once against came up big for Ole Miss just over 30 seconds later as she saved an effort from Wilkes to take her save tally up to three on the day.

The match was stopped in the 104th minute as tension between LSU and Ole Miss players came to a boiling point. Consequently, LSU’s defensive duo of Maya Gordon and Rammie Noel were issued red cards as well as Ole Miss’ Ramsey Davis. The Tigers were forced down to nine players while Ole Miss finished the match with 10. Both teams played to a draw after 110 minutes and overtime ended scoreless at 0-0.

The penalty shootout began with Ole Miss shooting first. Mo O’Connor stepped up for the Rebels and shot to her left but was denied by Swift who guessed the right way. Cooke stepped up first for LSU moments later, but her shot to the left was saved by Orkus and the score was 0-0 after the first round in the shootout.

Kayla Chatman-Haggerty stepped up to open round two and shot a powerful penalty down the middle that bounced in under the crossbar. Wilkes stepped up for the Tigers and shot to her right side, but Orkus guessed the right way and denied Wilkes to give Ole Miss a 1-0 lead after two rounds.

Round three opened with Mister stepping up for the Rebels and sending a strong shot to the right. Swift guessed the right way, but the ball had too much pace and snuck by her and into the back of the net to give Ole Miss a 2-0 lead. Midfielder Brenna McPartlan walked to the penalty shot and sent a shot to the left, but it had too much power and went above the crossbar.

Price Loposer stepped up with the chance to win the match for Ole Miss and did, sending a shot to the left-corner that carried too much pace for Swift to stop. The Rebels clinched the shootout victory at 3-0 and advanced to the quarterfinal round of the SEC Tournament.

The match was an even contest, with Ole Miss narrowly outshooting LSU by a margin of 16-15. Both teams had three shots on target and both goalkeepers finished with three saves.

The Tigers won the possession battle 58% to the Rebels 42%.