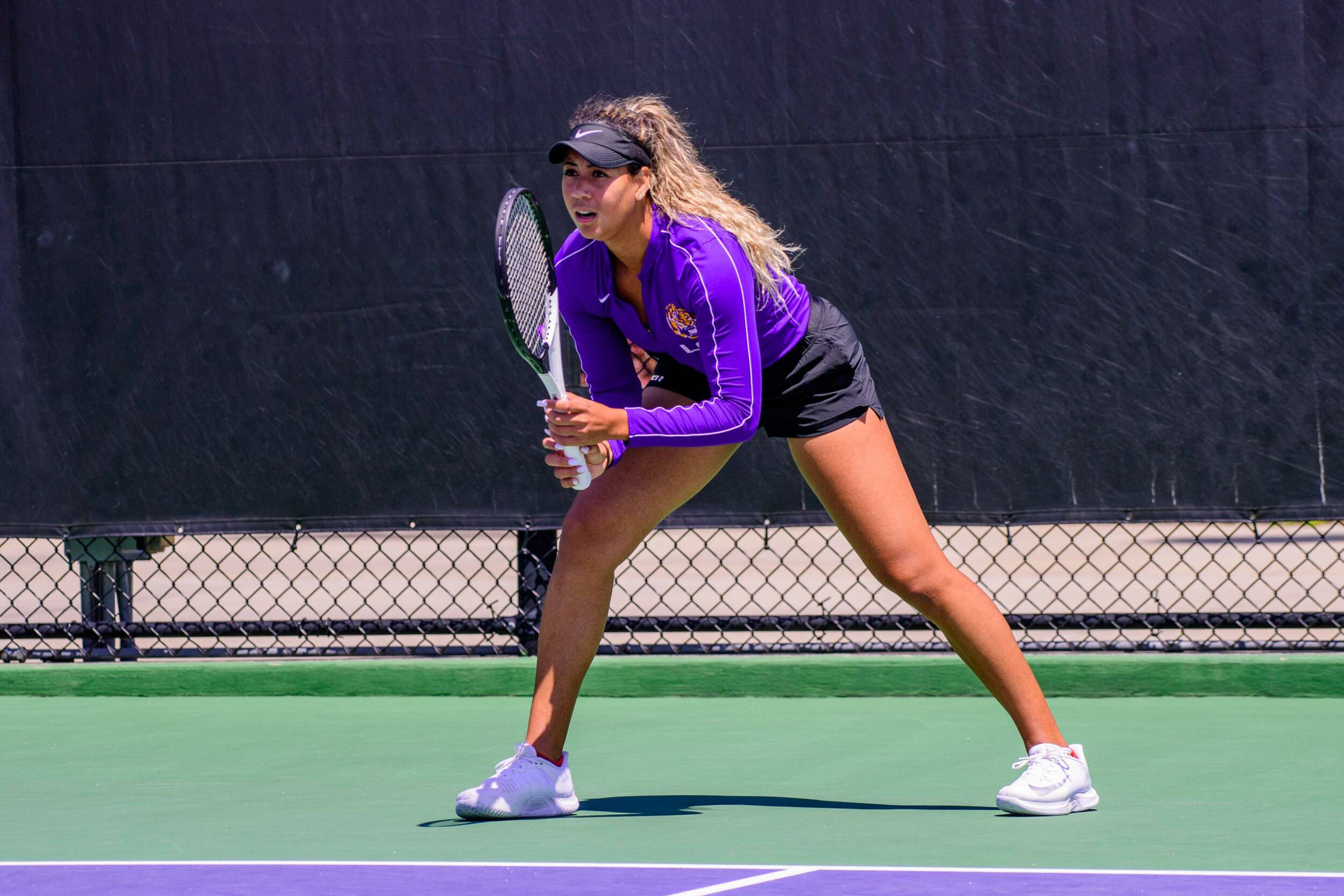 Singles Results
A day of mixed weather meant that only two LSU players were able to play in singles. Freshman Nikita Vishwase officially retired from her Friday match that was pause due to weather, which meant that North Florida’s Jasmin Makela claimed a 7-6(4), 5-2, retired win.

Vishwase’s Saturday match saw her take on Kendall Nash of North Florida. The first set was back-and-forth and saw Vishwase narrowly edge her opponent in the tiebreaker, 11-9. The second set was another tight affair and required another tiebreaker, but it was the Osprey who claimed victory this time, 8-6. The ten-point tiebreaker in the third set saw Nash hold off Vishwase and win 10-7 to secure match victory.

Carrington faced SEC opposition for the second straight day in the form of Georgia’s Mai Nirundorn. The Bulldog struck first, winning the first set 6-3 before Carrington responded with a strong 6-4 win to force a ten-point tiebreaker. The tiebreaker saw Carrington maintain control, winning 10-5 to grind out her second singles win of the weekend.

Up Next
The final day of the UNF Hidden Duals will start at 7 a.m. CT Sunday morning.