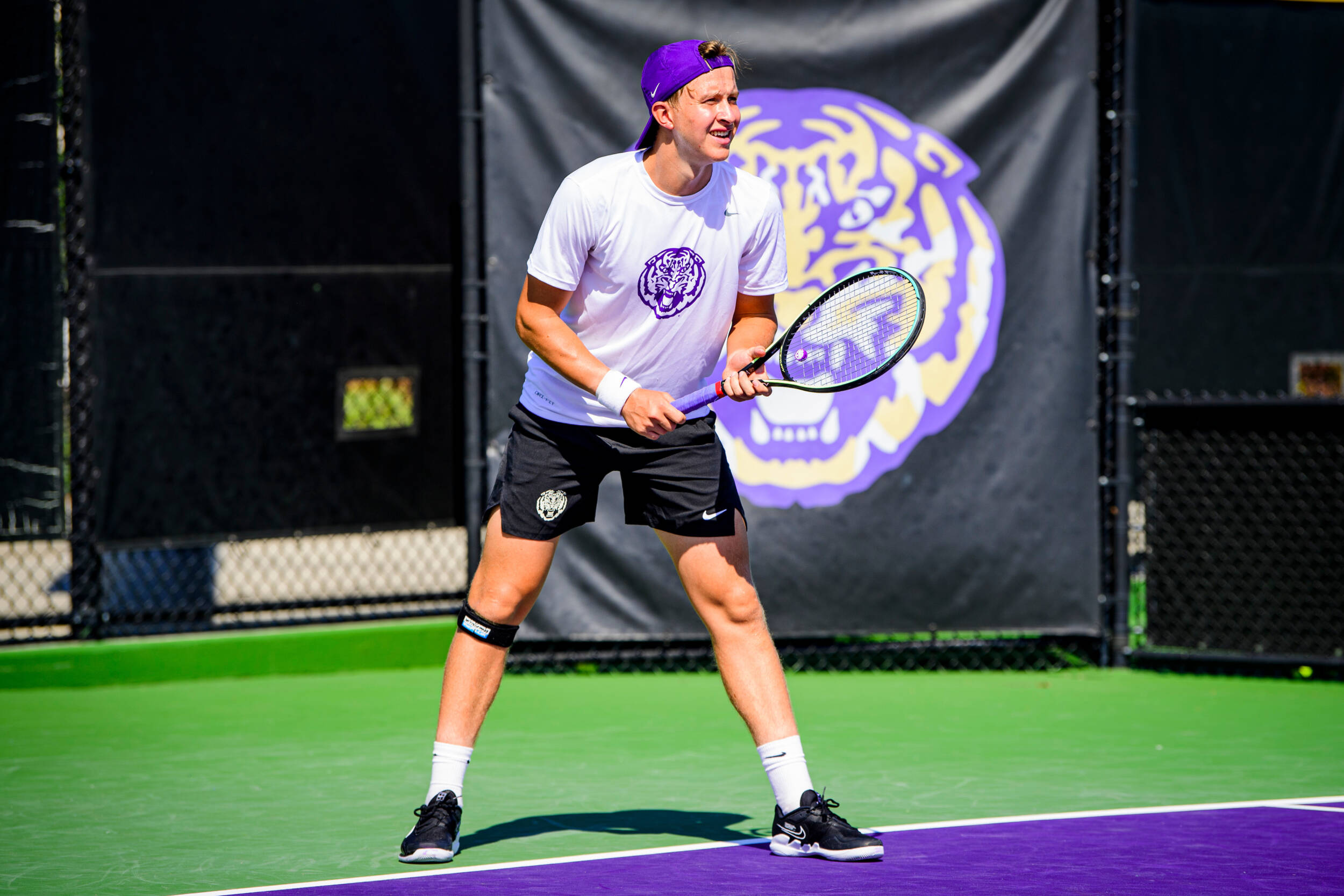 Will Cubitt and Benjamin Ambrosio took on Olimjon Nabiev and Thomas Garberino, a combined duo from Southern Miss and Louisiana respectively. LSU took the match 7-5.

All Three Tiger duos moved on to compete in the semifinals. Penzlin and Hotard opposed Sanchez Gonzalez and Karlo Kajin of Louisiana. The pair fell 1-6.

Next, Koch and Stoupe faced Maxime St-Hilaire and Sebastien Collard of South Alabama. The Tiger duo made quick work of the matching, winning 6-2.

Penzlin went against Filat Gimenez of Louisiana. The Tiger fell in set one 4-6 before going on to win the match 6-4, 7-5.

On the next court over, Ambrosio opposed Persson of  Tyler Junior College, making quick work of the match for a 6-1, 6-1 win.

Koch competed against Nicholls State’s Machado. Koch won set one 7-5 before going on to win the match 6-2 in the second set.

Cubitt met Mikaeel Woodman of Tyler Junior College on the court. The Tiger fought hard but lost the match 4-6, 4-6.

Four Tigers will advance to the Singles Quarterfinals tomorrow. Stoupe will face Shamirul Shahril and Ambrosio will oppose Saheb Sodhi, both of Southern Miss, Penzlin will compete against South Alabama’s Louis Delcour, and Koch will go against Vasil Dimitrov of Louisiana.

Doubles play will resume on Sunday. Stoupe and Koch will face Alex Bancila and Rafael de Alba of Tulane and Cubitt and Ambrosio will compete against Persson and Faiz Nasyam of Tyler Junior College.