The Tigers Conclude Day Two of the Cajun Classic 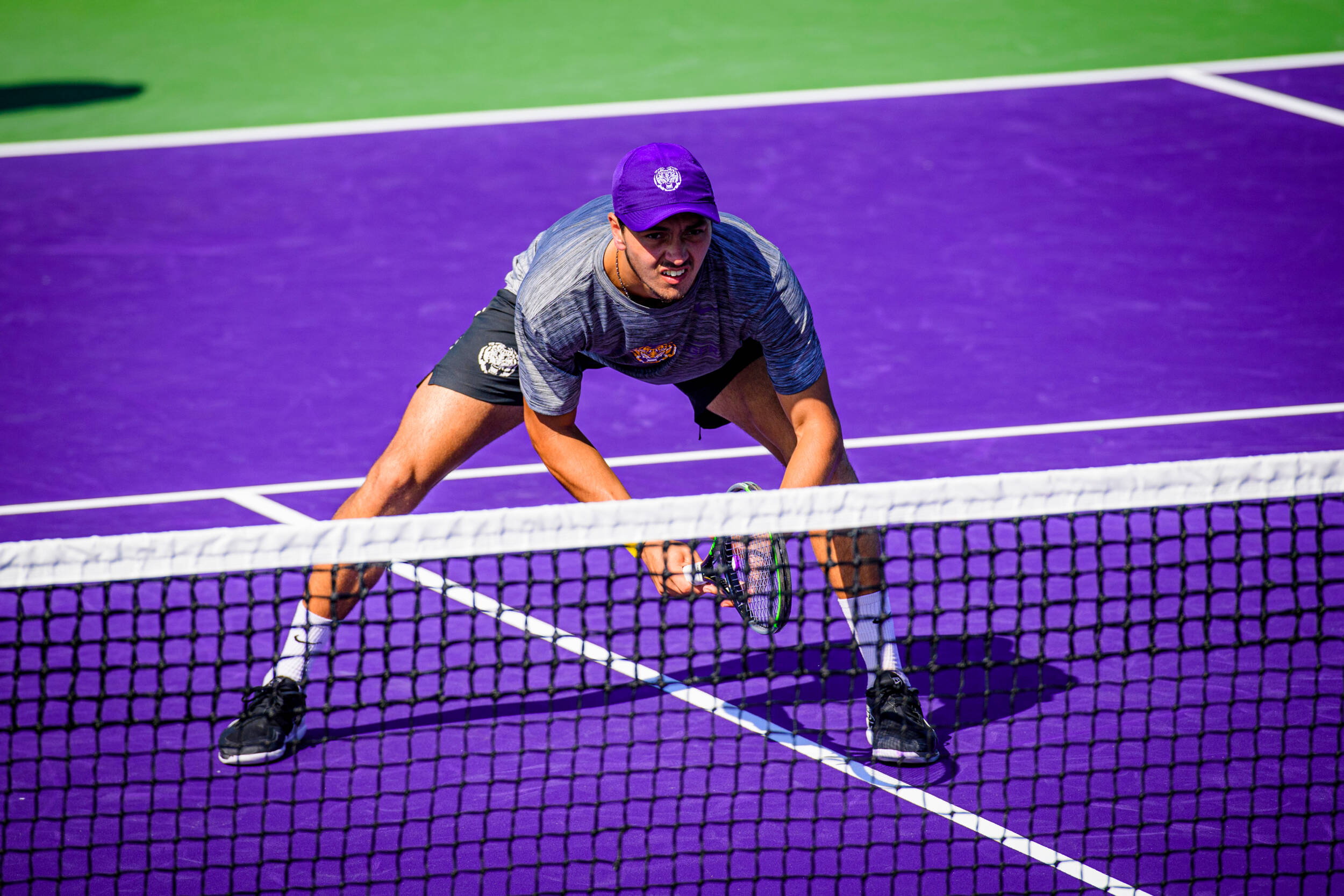 Julien Penzlin took on South Alabama’s Louis Delcour for a three set match. The Tiger took set one 6-2, before losing the second 0-6. Penzlin won the match with a 7-6 victory in the third set.

Benjamin Ambrosio went against Saheb Sodhi of Southern Miss. The Tiger made quick work of the match with a 6-2, 6-3 win.

Ben Koch opposed Vasil Dimitrov of Lousiana in a three set battle. Koch took set one 7-6 before Dimitrov came back 6-7, 6-4 to win the match.

In the Semifinals it was Tiger versus Tiger on the court as Stoupe faced Penzlin. The first set was a 2-6 victory for Penzlin. However, Stoupe went on to win the match 4-6, 6-4.

Ambrosio competed against Tulane’s Rafael de Alba. Set one went to Ambrosio at 6-3. The Green Wave came back to even the match 4-6 in the second set, but the Tiger went on to win the match 6-4.

Two Tigers will play in the Singles Championships. Stoupe will face Sebastien Collard of South Alabama. The match will be aired on ESPN+ at 10:00 a.m. Ambrosio will compete against South Alabama’s Maxime St-Hilaire.

In the Doubles Championships, two Tiger Duos will take the court. Stoupe and Koch will face Alex Bancila and Rafael de Alba of Tulane and Cubitt and Ambrosio will compete against Persson and Faiz Nasyam of Tyler Junior College.