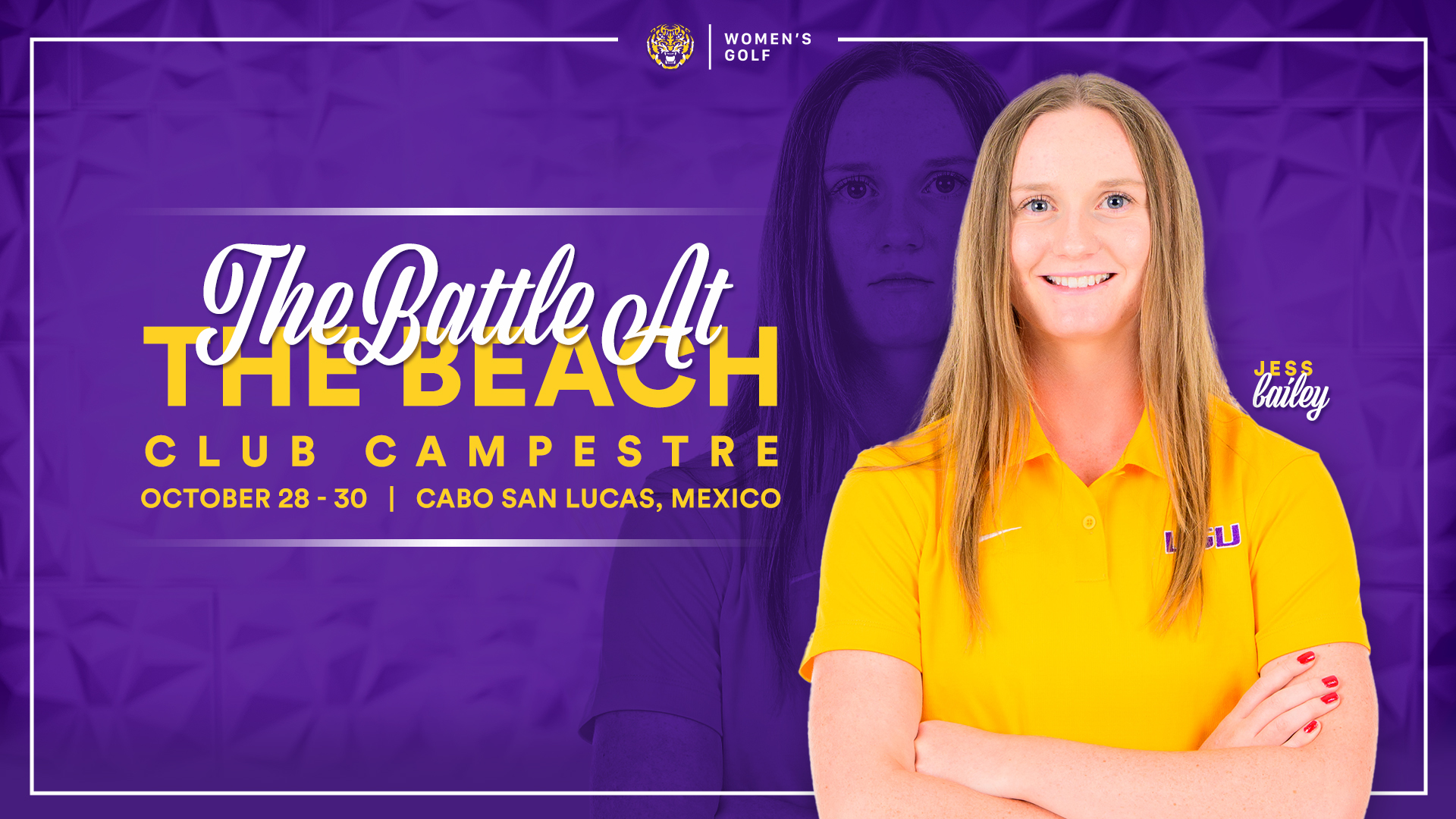 BATON ROUGE – The LSU women’s golf team, ranked 17 in the Golfstat performance rankings, travels to the Battle At The Beach starting Friday to conclude their fall schedule in Cabo San Lucas, Mexico.

The 54-hole event, presented by LPGA pro Angela Stanford and hosted by TCU, will take place at the Golf Course Club Campestre San Jose, a Jack Nicklaus designed project that opened in 2007 located between the mountains of the Sierra del la Laguna and the sea.

The Tigers were last at the Battle at the Beach in 2019, finished second with a 54-hole total of even par 864. Seniors Latanna Stone and Ingrid Lindblad both finished under par with Stone at -7 209 in a tie for second and Lindblad at -5 211 in a tie for fifth.

LSU will be going with its fourth different lineup in as many tournaments with Lindblad, Carla Tejedo, Stone, Jessica Bailey and Edit Hertzman.

“We are looking forward to going back to Cabo for the Battle At The Beach,” said LSU women’s golf coach Garrett Runion. “We have a lot of good memories there from the last time it was held in 2019. This will be our fourth different lineup in our four different tournaments. Ingrid and Latanna have seen this course before and had success, so we will lean heavily on them this weekend. Carla Has been playing great and looking to continue her strong play from the Jackson T. Stephens Cup two weeks ago.

“After this tournament, everybody on our roster will have played at least one tournament for us this fall and that will be valuable experience for us when we get to play in the spring.”

In the Stephens Cup, Tejedo finished second with a scoring of 8-under 208 over the iconic Seminole Golf Club in Florida with rounds of 72-68-68. Lindblad, who was named on the ANNIKA Award watch list on Monday, posted her school record 26th top 10 finish in the tournament.

The tournament will feature a shotgun start each day at 9 a.m. CT on Friday and Saturday and 8 a.m. CT on Sunday. Live scoring can be found on Birdiefire.com and the live scoring tab.