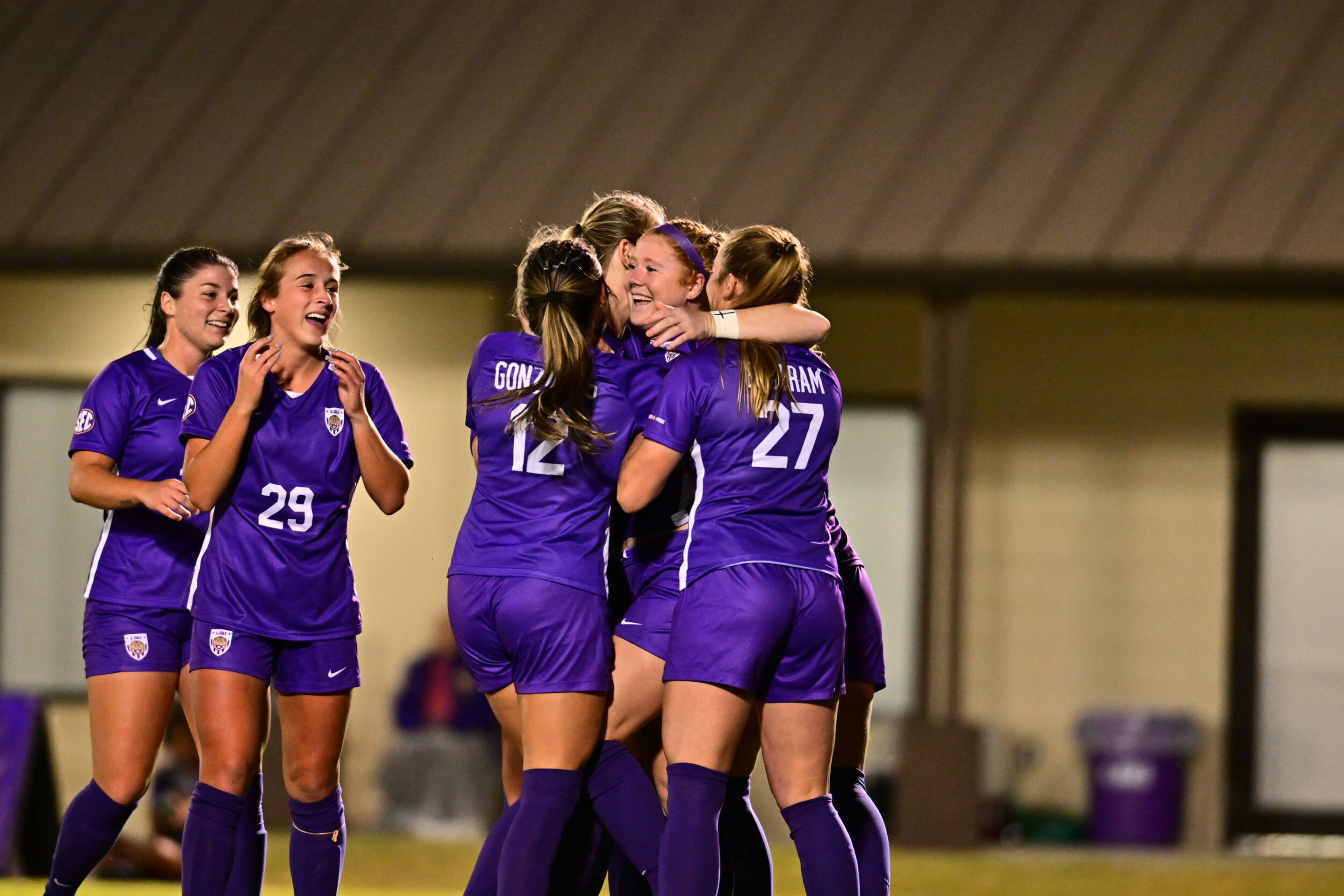 “I am thrilled. It was just a great performance tonight for senior night in front of so many families and fans. We had four seniors on the scoresheet and getting back in the goal scoring books was great,” said head coach Sian Hudson. “I am excited for the team and everything they’ve been working for.”

“It was two great goals from Wasila Diwura-Soale, a fantastic goal by Shannon Cooke in another center back to center back combination, and then Anna Rockett to find the finish and put us up 4-1.”

The Tigers came out of the gate flying, as it only took two minutes of play to record the first shot on goal as senior Brenna McPartlan’s shot went just wide.

Midfielder Wasila Diruwa-Soale began her stellar night with her first goal of the evening in the 19th minute. Alesia Garcia played an excellent ball down the left wing to Taylor Dobles, who possessed the ball and used a cheeky dribble move to get past her defender. Once Dobles was in the box, she found a wide open Diruwa-Soale who found the back of the net and put the Tigers up 1-0 early.

Fifteen minutes later, the Tigers found themselves on the scoresheet again thanks to the center back paring of Shannon Cooke and Lindsi Jennings. Jennings saw Cooke making a run into the box and played a perfect ball that found Cooke who headed the ball with precision. Rebel goalkeeper Ashley Orkus had no chance to save the powerful shot from Cooke.

With just under a minute left to go in the first half, Diruwa-Soale added to the Tigers tally and linked up with Mollie Baker for a bit of tiki-taka. Baker played her an excellent return ball that Diruwa-Soale coolly finessed into the top right corner to make the game 3-0 and extend the LSU lead.

The second half saw Ole Miss notch their first goal of the match in the 75th minute when Aubrey Mister found the back of the net to cut the deficit to two goals.

LSU was not done adding to the scoresheet quite yet as senior Anna Rockett subbed on and made an instant impact in the 80th minute, scoring her first career goal in four years as a Tiger. Shannon Cooke knocked a ball down into the box which took a wonky deflection, but Rockett was patient and slotted the ball home through the Rebel keeper’s legs to seal the victory for LSU.

Goalkeeper Mollee Swift finished the night with seven saves, including a goal-saving grab late in the second half that would have cut the Rebel deficit to just one goal.

The Tigers finished the night with seven shots on goal compared to Ole Miss’s nine.

LSU will travel to Pensacola this weekend for the 2022 SEC Soccer Tournament. The Tigers are the seventh seed in the tournament and will meet Ole Miss again at 1 p.m. CT on Sunday, October 30.