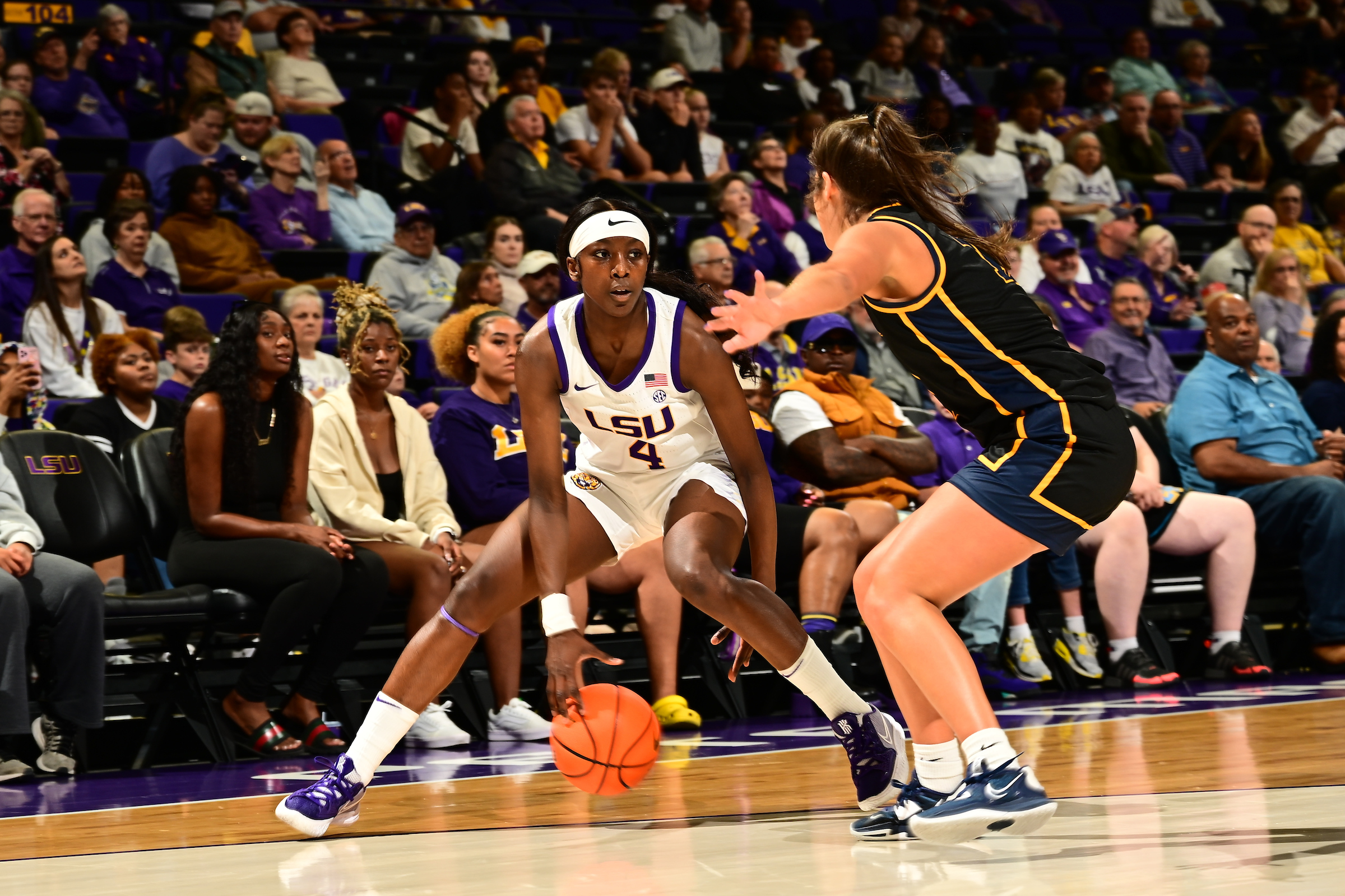 BATON ROUGE — The No. 14 LSU Women’s Basketball team defeated Mississippi College 88-35 on Thursday night at the Pete Maravich Assembly Center in its first of two exhibitions.

The Tigers will host their final exhibition next Thursday night at 7:00 PM against the Langston Lady Lions. The exhibition will be free admission for fans to attend and streamed live on the SEC Network +.

LSU will officially open the 2022-23 season on Monday November 7 at 7:00 PM CT in the PMAC as they take on Bellarmine.

“I learned that we have a lot of talent, which I already knew,” Coach Kim Mulkey said.

It was the true freshman Flau’jae Johnson who led LSU with 22 points in her first outing as a Tiger. Last-Tear Poa (JUCO transfer) and Jasmine Carson (transfer from WVU) also made an impact in their first appearance for LSU. Carson dropped 16 points, going 4-5 from the three-point line and Poa had 14 points of her own and led the team with six assists. LaDazhia Williams and Armani Bartlett had nine and eight rebounds, respectively, to lead LSU.

“It felt great,” Carson said. “I have amazing teammates and an amazing coaching staff. It felt good to put on a jersey and see the fans.

“I was focused on defense, defense, defense,” explained Johnson who had two steals. “When I first came here, I told Coach Mulkey, ‘I want to be a scorer.’ She had to sit me down and ask me, ‘You just want to be a one-hit wonder?’ That stuck with me. My focus totally shifted. I focused on defense and then the offense just came. I had good looks and I would just focus on not turning the ball over, and that is what I did. Everything just came natural because of the defense, and I take pride in that.”

Julian Kyiah led the Choctaws with ten points and four rebounds. Mississippi College outscored LSU in the second quarter but couldn’t find an answer for the Tigers fast pace, turning the ball over 24 times total.

LSU controlled the glass as it out rebounded Mississippi 52-33 on the night. The Tigers capitalized on the Choctaw mistakes, scoring 31 points off 25 turnovers. LSU held control of the post scoring 36 points in the paint. Thirty-six points also came from off the bench. LSU began to piece it together as the defense dominated, finishing with 14 steals and nine blocks on the night.

The Tigers held the Choctaw to single digits in three of the four quarters and limited them to 10 total points throughout the whole second half.

The Tigers started fast going on an 8-0 run to start the game. The run included an early three from Jasmine Carson and points from freshman Flau’jae Johnson and Alisa Williams. LSU ended the 1st quarter with a demanding 17-point lead. The Tigers finished the 1st half shooting 47% from the field and 43% behind the arc. LSU was ahead 38-25 at the half and was led in points by Johnson with nine.

The Tigers’ defense stepped up early in the half as LSU outscored the Choctaws to 24-4 in the 3rd quarter. LSU ended the quarter on a 15-0 run. The PMAC erupted as Johnson knocked down a buzzer beater from halfcourt to finish the third. The home team held Mississippi to just ten second half points and out scored them by 40 in the third and fourth. The Tigers shot 83.3% in the fourth and were perfect from deep, shooting 3-3. LSU had its largest run of the night, starting in the third carrying over into the fourth going 24-0.