Tigers Enter Season at No. 14 in WBCA Coaches Poll 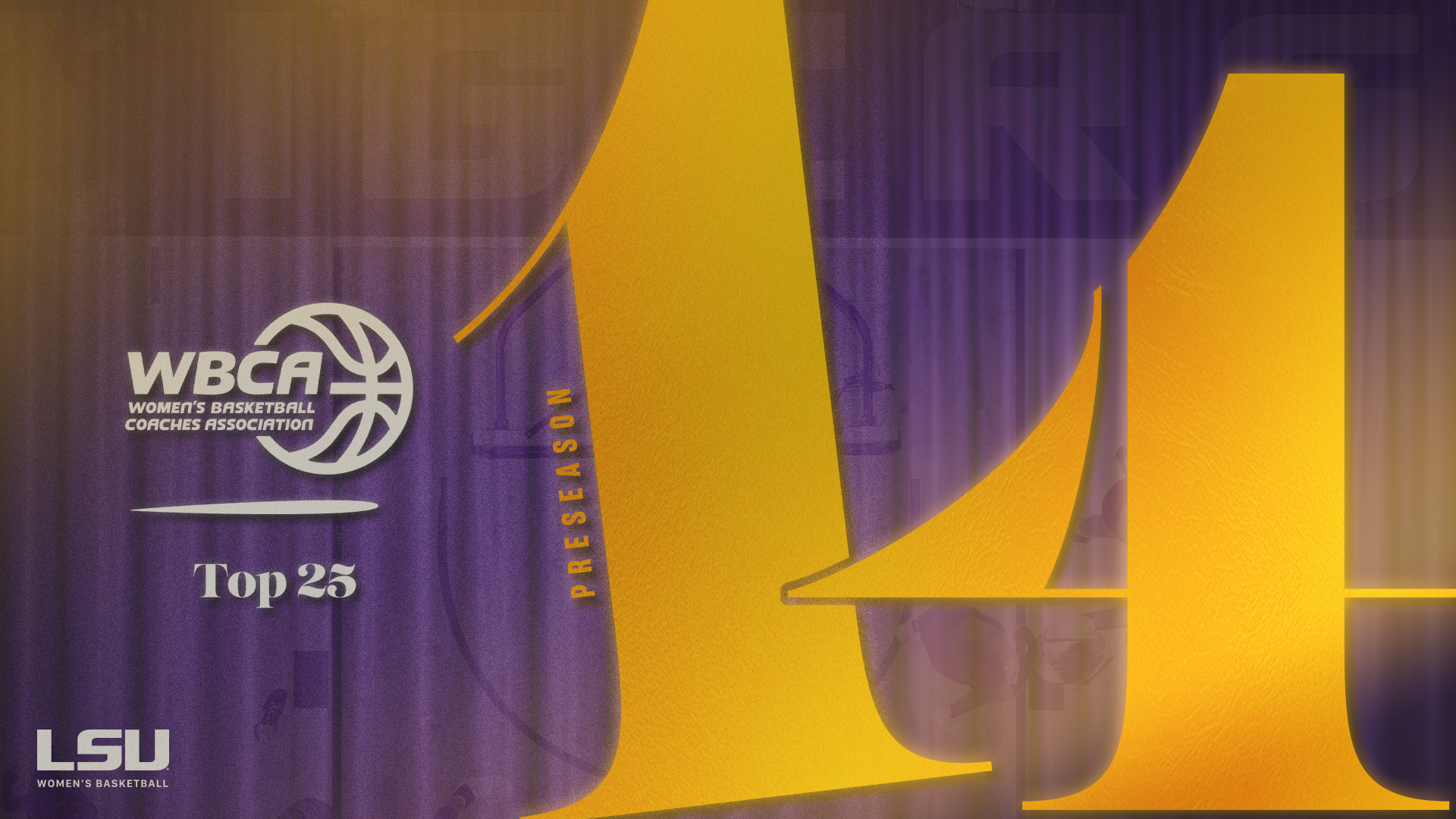 BATON ROUGE – The LSU Women’s Basketball team will enter the season at No. 14 in the WBCA Coaches Poll which was announced Wednesday morning.

LSU finished last season as the No. 12 team in the final coaches poll. Last week the Tigers came in at No. 16 in the Preseason AP Poll.

In Coach Kim Mulkey’s first season in Baton Rouge, the Hall of Fame coach directed an LSU resurgence as she led the greatest turnaround by a first-year head coach in SEC history to earn AP National Coach of the Year. The Tigers went 26-6, finished second in the SEC and hosted first- and second-round games in the NCAA Tournament as a No. 3 seed.

Going into her second year at LSU, Mulkey’s team has the motto ‘Piece of 2gether’ as the Tigers have a talented group nine newcomers (4 freshmen, 5 transfers) that will look to gain chemistry with the four returners. Alexis Morris averaged 15.0 points per game last season and is the only starter to return as LSU lost nearly 80-percent of its offensive production from last season. Morris is on the preseason watchlist for the Nancy Lieberman Award. Ryann Payne is the only other player returning that averaged at least 5.0 points last year.

Coach Mulkey and LSU added numerous pieces throughout the offseason to re-bolster the lineup, headlined by forward Angel Reese who was rated as ESPN’s No. 1 impact transfer from Maryland. Reese, who is on the preseason watchlist for the Katrina McClain Award, averaged a double-double last season at Maryland and enters the season on the Preseason All-SEC Second Team with Morris. LaDazhia Williams came to LSU as a grad transfer from Missouri as a player with four years of experience playing in the SEC. The Tigers also added the top JUCO transfer in guard Last-Tear Poa from Melbourne, Australia. LSU also added sharp-shooting guard Jasmine Carson (from West Virginia) and Kateri Poole (from Ohio State), a former five-star prospect out of high school, rounds off the list of incoming transfers. Poole has experience playing in a packed PMAC as she was on the Ohio State team that knocked LSU out of the NCAA Tournament.

The freshmen class will also have an opportunity to prove themselves this season. Flaujae Johnson was the No. 26 player in last year’s signing class according to ESPNW. She is a dynamic guard who can score at multiple levels who is also a rap star that has a record deal with Jay Z’s Roc Nation. Sa’Myah Smith is the top player out of Dallas who led her DeSoto High School team that was loaded with DI talent to back-to-back Texas 6A State Championships as a junior and senior. Alisa Williams is another top player out of the Dallas area and Izzy Besselman is a local Baton Rouge product who joined the team as a walk-on.