Swimming and Diving Set to Host No. 19/21 Auburn 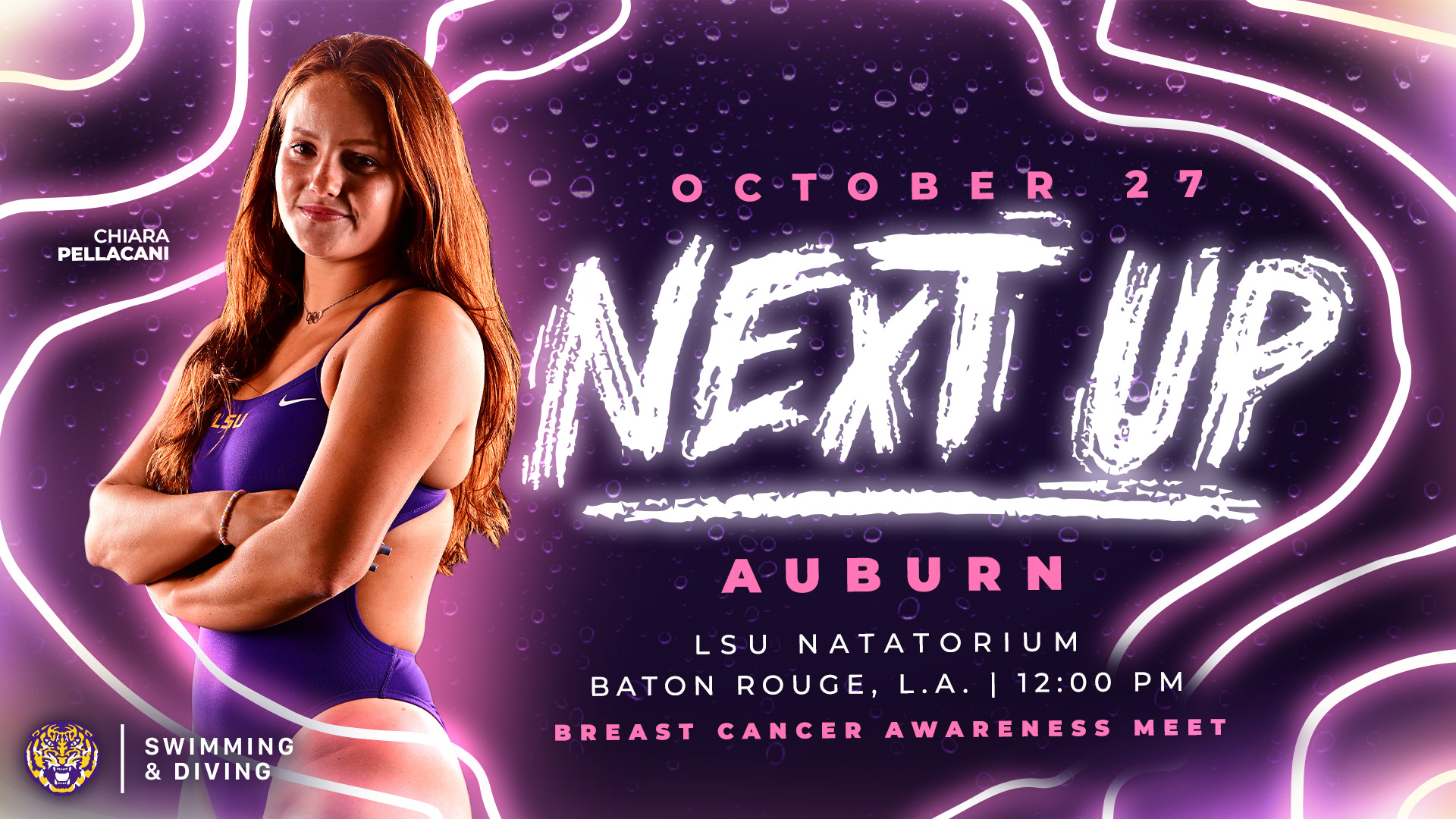 BATON ROUGE, La. – The LSU swimming and diving team returns to the LSU Natatorium on Thursday for the first time in a month to take on the No. 19/21 Auburn Tigers in a conference dual meet. The meet is slated to begin at noon CT.

LSU is coming off an impressive performance in Denver after the men’s and women’s teams grabbed two wins apiece against Denver University and the Air Force Academy. The Tigers’ next two meets, including Thursday’s meet with Auburn, have LSU facing SEC opponents. In the October poll from the College Swimming and Diving Coaches Association of America (CSCAA), Auburn men are ranked No. 19 and Auburn women sit at No. 21. Both LSU’s men and women are receiving votes from the same publication.

“We are excited to host Auburn Swimming and Diving at the Natatorium on Thursday,” head swimming coach Rick Bishop said. “We have had a great fall season so far and the Tigers are posting performances that exceed where we were a year ago at this time. The opportunity to race against another great SEC team here at home is exciting. We look to continue improving, race hard and go after our SEC opponents.”

“We can’t wait to host some great SEC competition in our home pool starting with Auburn this week,” head diving coach Drew Livingston added. “We believe early season challenges lead to post-season success, so we invite the opportunity to go head-to-head with tough competition. I believe our divers are excited and ready to compete at a high level this week.”

LSU diver Helle Tuxen, who is coming off one of her better performances during her collegiate career is looking to build off the success. Tuxen, who was named SEC Female Diver of the Week, set a personal best on one meter inside the El Pomar Natatorium with a score of 322.15. Her score placed her on the LSU all-time top-10 for the event.

Live stats can be found on the MeetMobile app and divemeets.com, respectively.

For the 200-yard free, Megan Barnes, Jolee Liles and Chloe Cheng finished in the top three with Barnes finishing with a time of 1:52.86. In the 100-yard back, transfer Jade Hannah won with a time of 55.39, while Katarina Milutinovich and Michaela de Villiers closed out the top three. On the men’s side, Griffin Curtis came out victorious with a time of 50.14.

In the speed freestyle events, the Tigers had four impressive wins.

Maggie MacNeil, who has broken four records in two meets, closed out the meet Saturday with a win in the 200-back with a time of 1:56.26. Her time placed in the seventh spot on the LSU all-time top-10 for the event.

The LSU divers dominated the field with wins in each of the four events they competed in. On the women’s three-meter, the top five finishers came from LSU, including Tuxen’s top score of 341.25. Following Tuxen was Hayley Montague, Montserrat Lavenant, Chiara Pellacani, and Maggie Buckley. On the men’s one-meter, Adrian Abadia and Carson Paul took the top two spots with respective scores of 324.05 and 323.15.

On women’s one-meter, four of the top five divers were from LSU. Tuxen also won the event with a score of 322.15. On the men’s three-meter, Abadia and Zayne Danielewicz earned the top two spots with scores of 417.25 and 349.75.