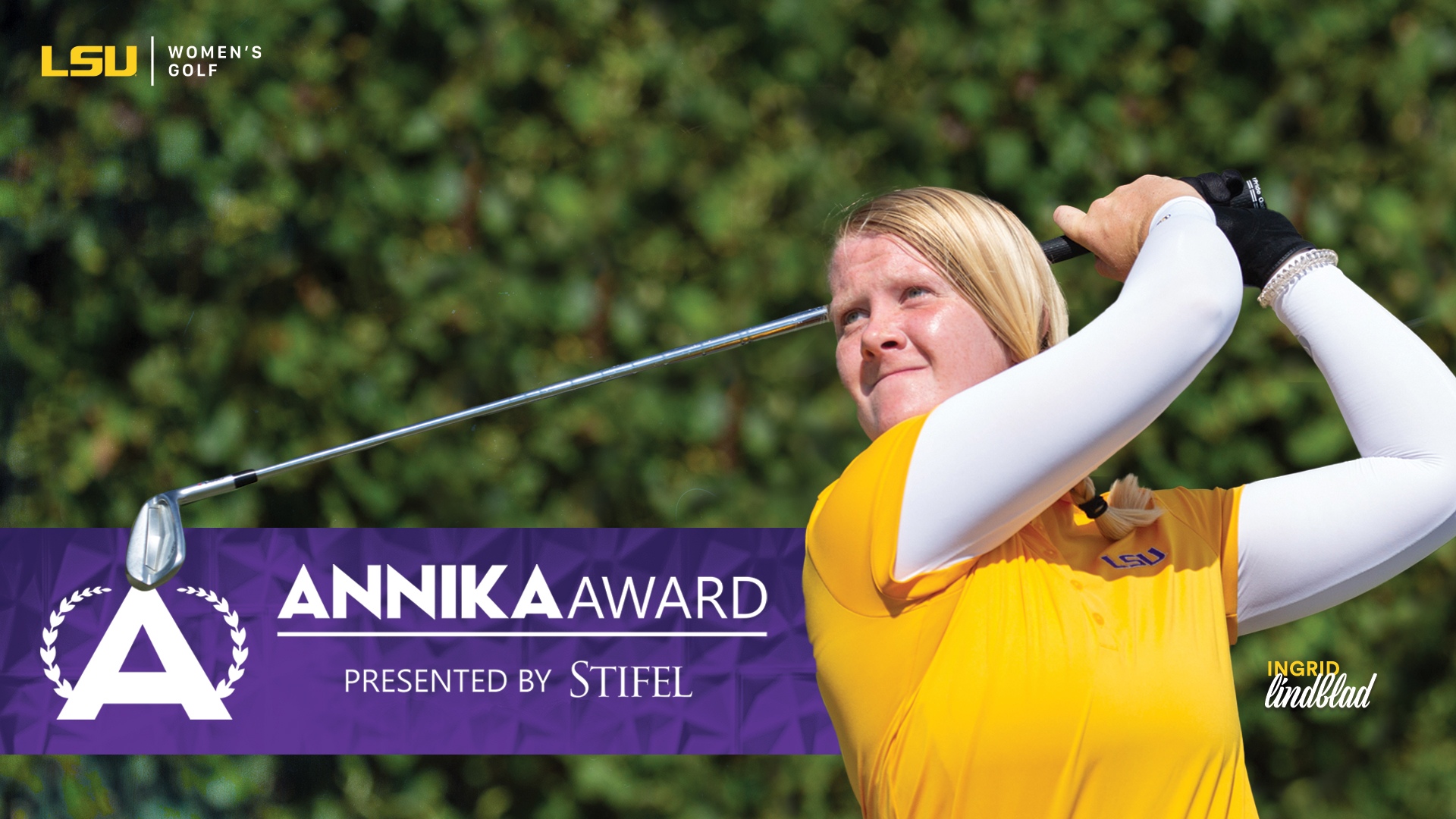 Included on the list is LSU senior All-America and two-time SEC Player of the Year Ingrid Lindblad from Sweden.

Lindblad, No. 2 in the Women’s Amateur Golf Rankings, earlier this fall broke the school top 10 record with 26. She has nine career collegiate wins at LSU, also a school mark.