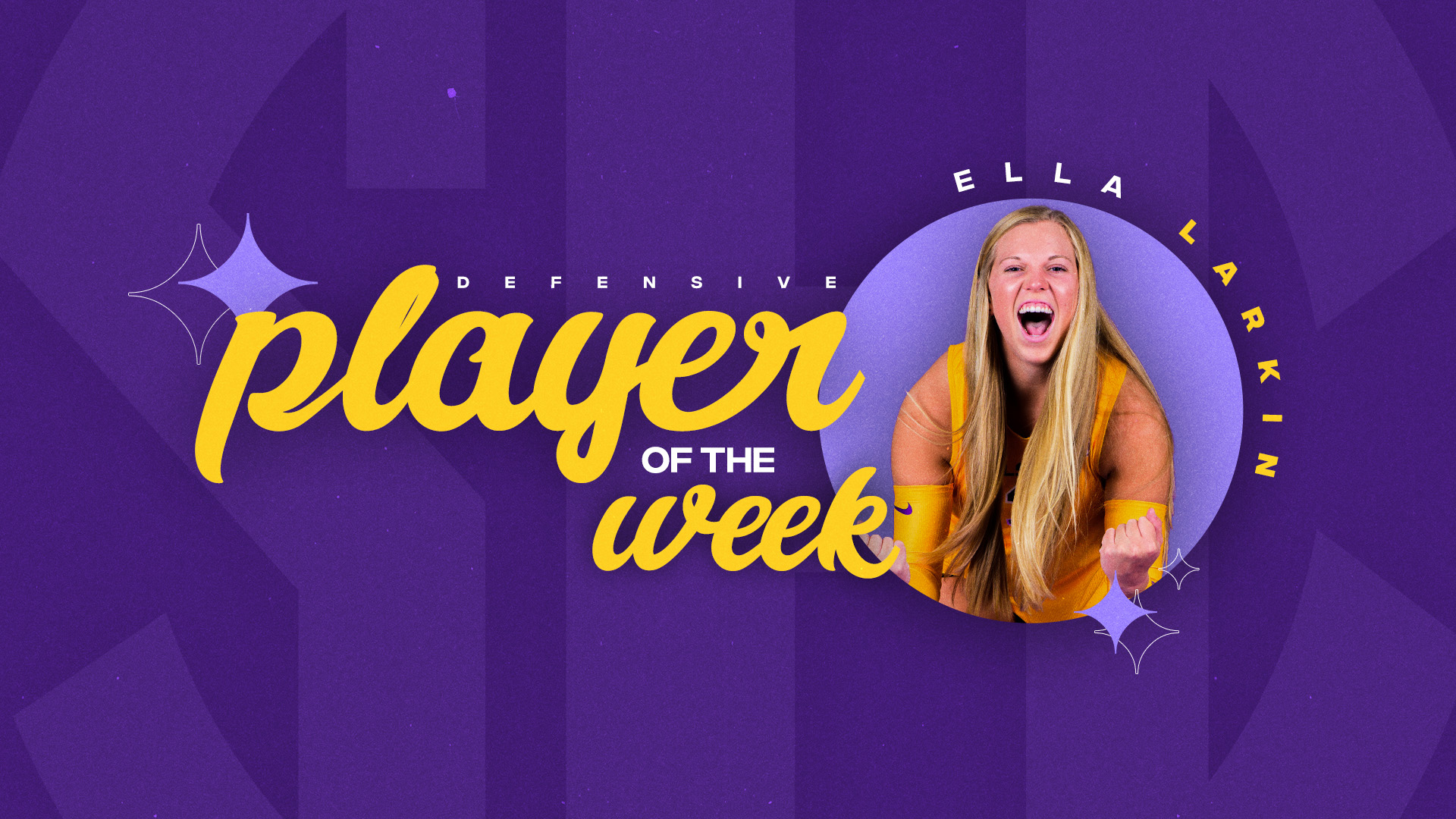 BIRMINGHAM, Ala. – LSU Volleyball’s libero Ella Larkin has been selected as the Southeastern Conference (SEC) Co-Defensive Player of the Week announced Monday afternoon by the league office.

Larkin, a sophomore, led the LSU Tigers’ defense with 6.00 dig per set in a pair of wins against Alabama and South Carolina. Larkin began the weekend with 31 digs in another five-set win at Alabama, marking her third 30-plus dig performance this season. Larkin then had a match-high 17 digs in the sweep against South Carolina. Overall, Larkin helped hold this week’s opponent to a .129 hitting percentage.

Larkin currently leads the SEC with 4.55 digs per set and 364 total digs. It is her first conference weekly accolade this season and the third of her career after being honored as the SEC Freshman of the Week twice last season.

LSU will host Mississippi State in a pair of matches Oct. 29-30 at the Pete Maravich Assembly Center to conclude the month.