Men's Golf Sat Fourth, Doyle T5 After Round One at Isleworth 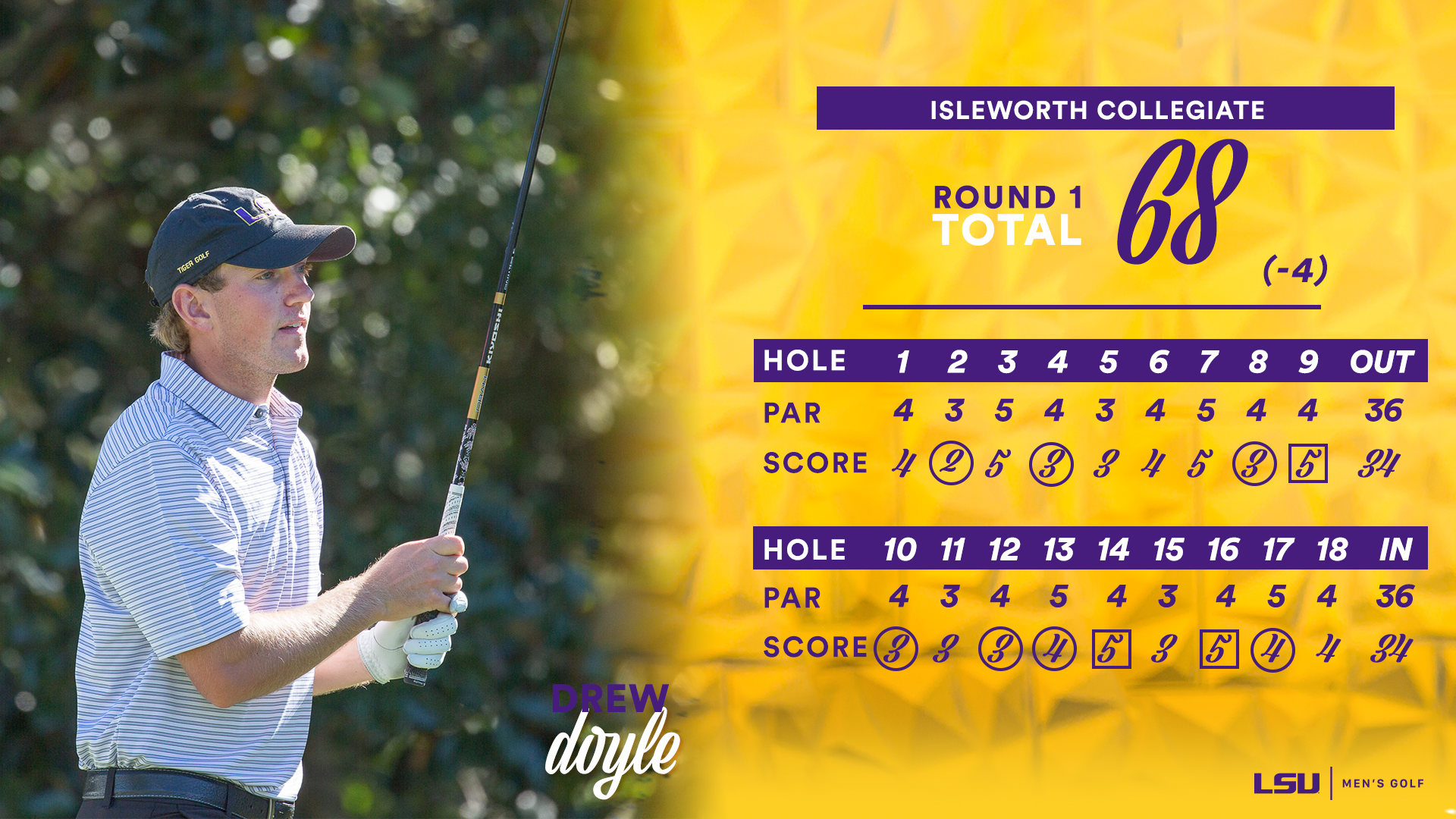 The 1-over 289 places the team in fourth place after one round of play. Auburn holds a commanding lead after opening with a 15-under 273, 13 strokes above second place Florida at 2-under 286.

Drew Doyle led the way for the Tigers as he posted a 4-under 68 opening round, powered by seven birdies that finished as the second highest total of the day. He sits at T5 with two other golfers and trails Auburn’s Alex Vogelsong by two strokes heading into the second round.

Luke Haskew was the next score carded by LSU as he posted an even-par 72, good enough to put him at T17. Connor Gaunt trailed him as he turned in a 2-over 74 scorecard to the clubhouse.

The fourth and final score to count for the Tigers came from Garrett Barber, who shot a 3-over 75. Cohen Trolio was the drop score for the Tigers at 6-over 78.

LSU will tee off from the first hole alongside Purdue and Arizona starting at 7:50 a.m. CT tomorrow morning. Live stats are available on Golfstat.com