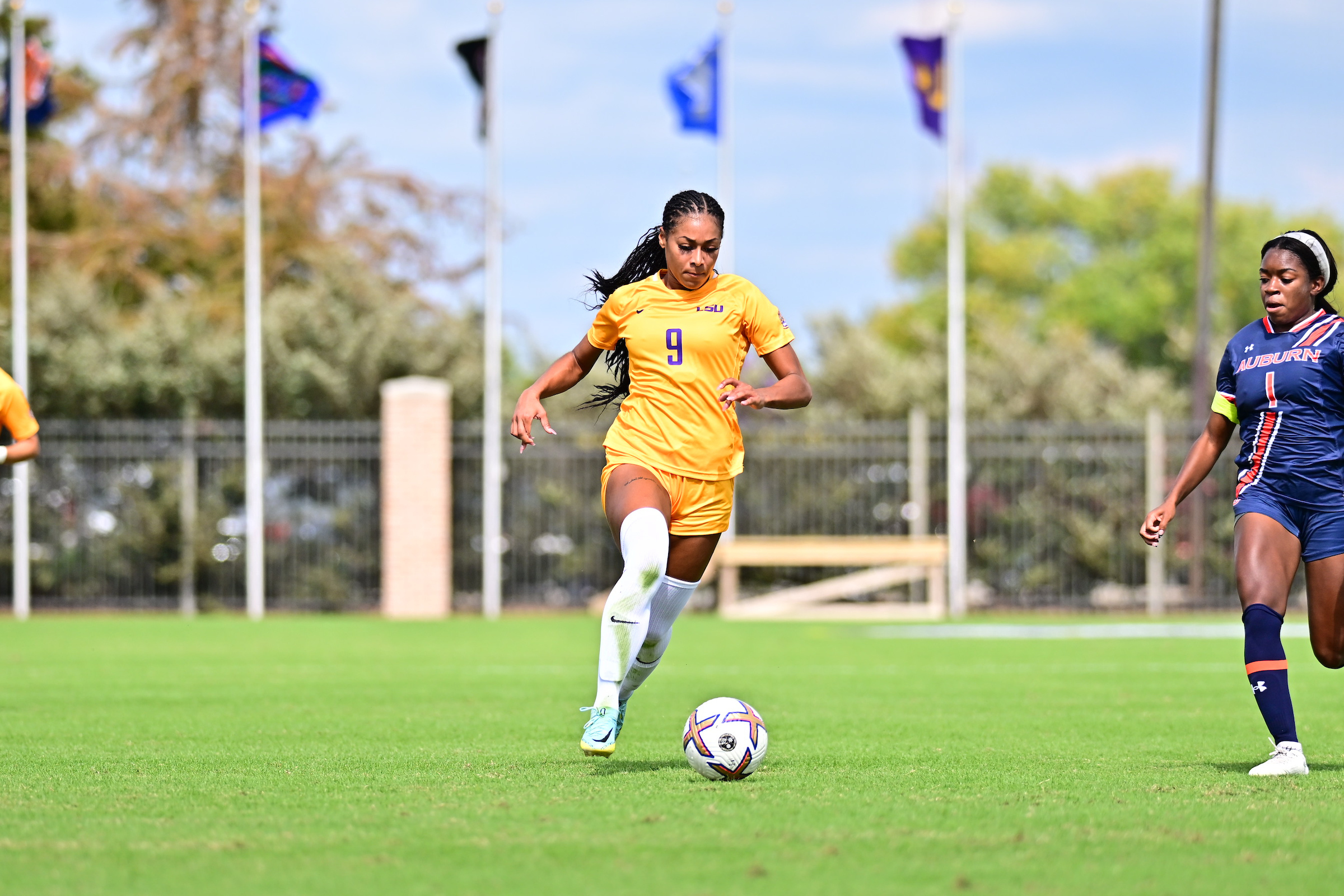 Auburn had the attacking advantage throughout the first half. Goalkeeper Mollee Swift made the first stop in the match in the 2nd minute as she calmly collected a shot on goal from Auburn’s Sydney Richards. Swift picked up three more saves in the 15th, 40th, and 43rd minutes to finish the half with four saves. On the flip side, Auburn’s Maddie Prohaska had one save in the first half, a simple catch to smother a long shot from LSU’s Jordan Johnson.

Defender Lindsi Jennings had the biggest stop of the match in the 40th minute as she chased down an Auburn attacker through on goal and slid to block her shot for a corner. The first half ended scoreless.

The second half saw LSU more explosive on the offensive front. Prohaska denied a one-on-one chance from LSU forward Taylor Dobles to keep the match all-even.

The final chance of the match came in the 87th minute when Richards beat LSU defenders and sent a shot from 20 yards out that was caught by Swift.

Swift tallied two saves in the second half in the 48th and 87th minutes and finished the match with six saves on the day while Prohaska finished with two.

Auburn outshot LSU by a margin of 14-13, with Auburn having six shots on goal compared to LSU’s two. The possession battle went the way of LSU by a margin of 56% to 44%. Neither team could take advantage of their chances and the match played out to a scoreless draw as a result.

LSU will conclude the regular season and honor the senior class on Thursday, October 27 as they host the Ole Miss Rebels at 6 p.m. CT.