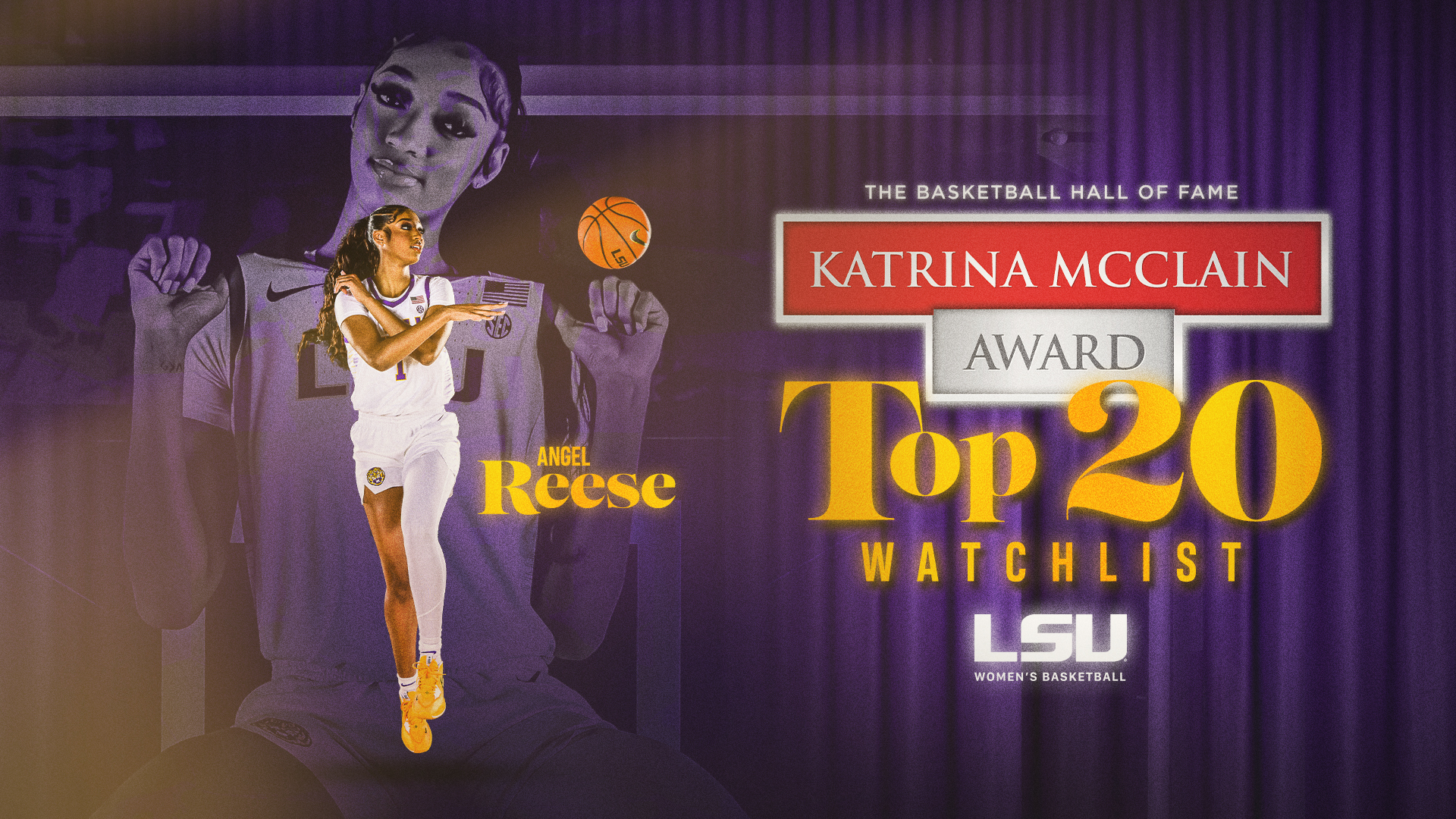 SPRINGFIELD, Mass. – The Naismith Memorial Basketball Hall of Fame and the Women’s Basketball Coaches Association (WBCA) announced Thursday, LSU’s Angel Reese is one of 20 players on the preseason watchlist for the 2023 Katrina McClain Award as one of the top power forwards in the nation.

Reese joins point guard Alexis Morris on the Hoop Hall’s preseason watchlists as Morris was named the Nancy Lieberman Award watchlist on Monday. Both Reese and Morris were also featured on the media’s Preseason All-SEC Second Team on Tuesday.

“Angel is unbelievable,” Morris said Tuesday at SEC Media Day. “I’m not just talking about talent. It’s not talent that makes her great. It’s her effort and her passion and her grit. I love playing with Angel.”

Reese is entering her first season in Baton Rouge as a transfer from Maryland. ESPN ranked her as the No. 1 Impact Transfer during the offseason after leading the Terrapins to the Sweet 16 last season and averaging a double-double (17.8 ppg and 10.6 rpg), becoming the first Maryland sophomore since 1975 to do so. Reese had over 5 offensive rebounds in 20 games last season, crashing the boards hard and cleaning up off the glass. She was also effective on the defensive end, adding 53 steals and 36 blocks throughout the season.

“I can tell you after three weeks of watching her (in practice), she’s a beast – and I say that with the utmost respect,” Coach Mulkey said Tuesday. “That beast is hard to defend. You can’t keep her off the offensive boards and she is a leader vocally, simply from the fact that she loves to compete.”

The Baltimore, Maryland native is expected to make an immediate impact for LSU this season in Coach Mulkey’s second year on a roster that will feature nine newcomers (4 freshmen and five transfers). The Tigers are looking to replace nearly 73-percent of their offensive production from last season and Reese figures to help in that avenue.

Out of high school, Reese was ESPN’s No. 2 overall player in the Class of 2020 and she was a McDonald’s All-American.