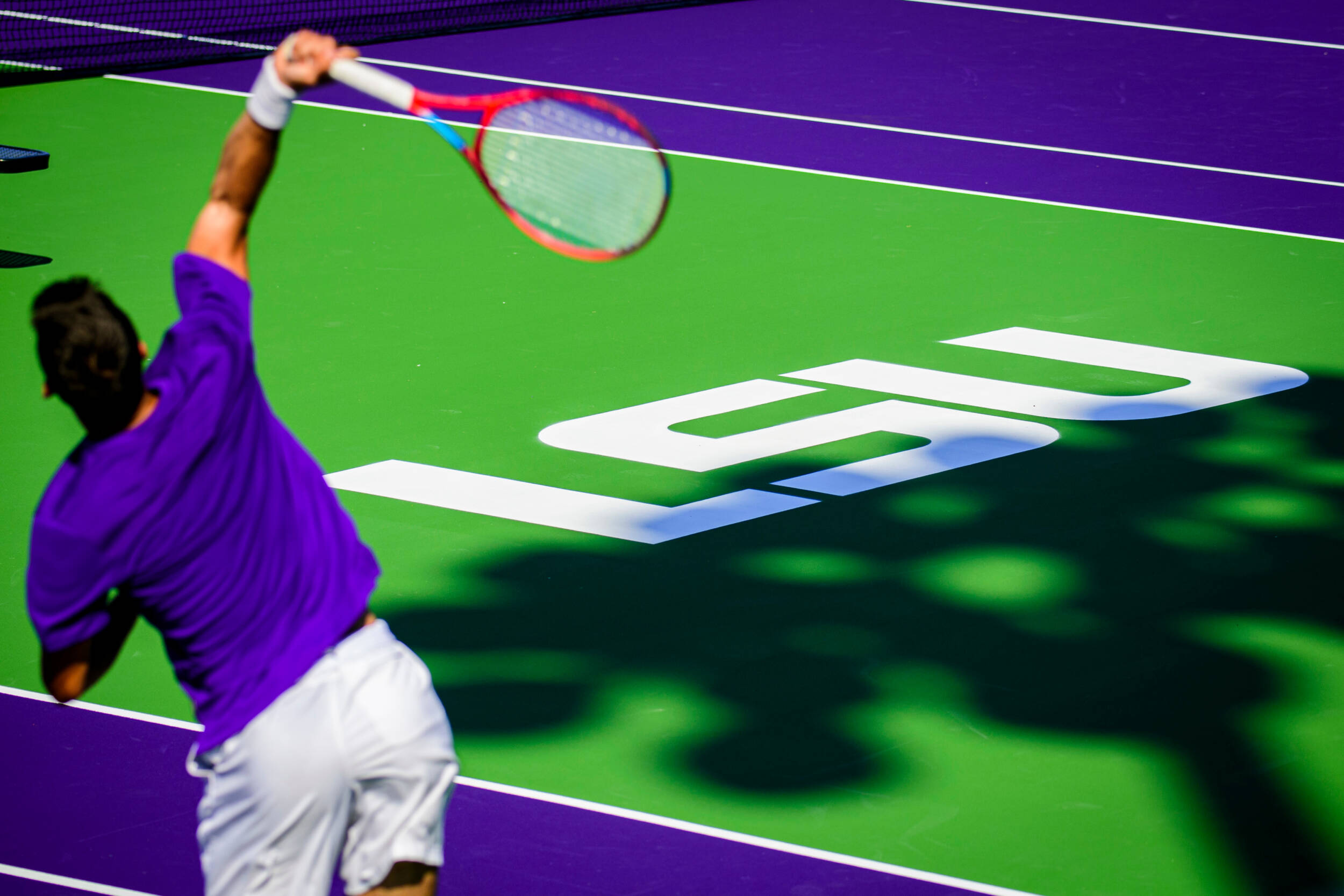 TUSCALOOSA, Ala. – Duo Stefan Latinovic and Nick Watson advance to the Doubles Final on day five of the ITA Southern Regional at the Alabama Tennis Stadium.

Latinovic and Watson took the court against Mississippi State’s Nemanja Malesevic and Carles Hernandez. Set one went to the Bulldogs 3-6 before the Tigers went on to even the match 6-4. In the ten-point tiebreaker, LSU secured the victory 10-8.

Welsh Hotard faced No. 52 Malesevic of Mississippi State for a three set battle. Malesevic took set one 4-6. Hotard came back to even the match 7-6(7) before ultimately falling in the third set 3-6.

Latinovic opposed UAB’s Roman Postolka. Set one went to Latinovic 6-1 but the Blazer came back in set two 4-6. In the ten-point tiebreaker, Latinovic took the match 10-7.

Latinovic and Watson will face the pair Lithen and Simon Junk of Ole Miss for the ITA Southern Regional Doubles Final.