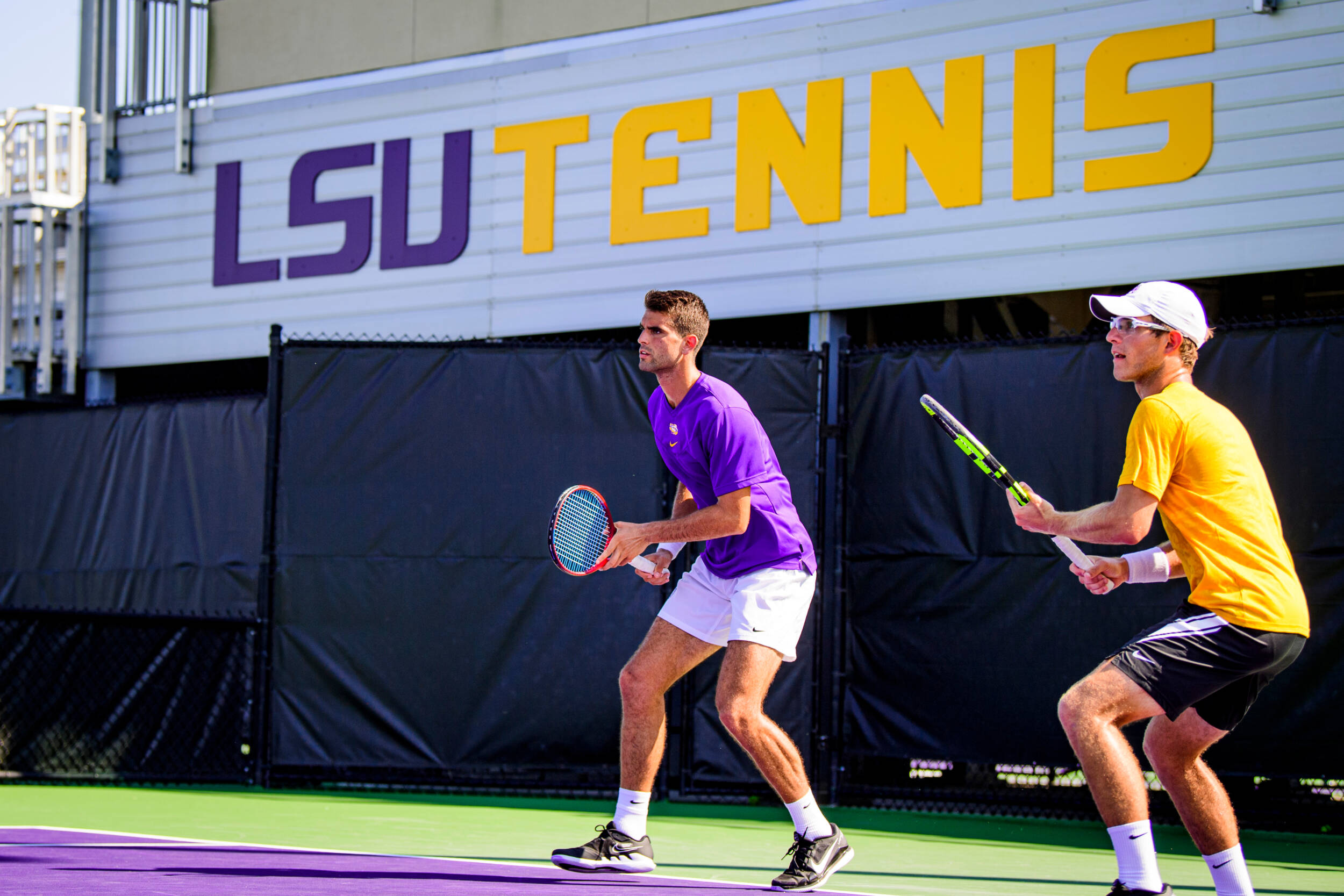 TUSCALOOSA, Ala. – Sophomore Welsh Hotard and duo Stefan Latinovic and Nick Watson advance to the Doubles Semifinals and Singles Quarterfinals on day four of the ITA Southern Regional at the Alabama Tennis Stadium.

Four Tiger duos took the court in the Round of 16. Ronnie Hohmann and George Stoupe faced No. 33 ranked duo German Samofalov and Filip Planinsek of Alabama. The Tigers played tough but fell to the Tide 6-8.

Latinovic and Watson took the court for the second time against Louis Delcour and Jack Clements of South Alabama. The Tigers made quick work of the match, winning 8-3.

Singles Main Draw Round of 16

Two Tigers competed in the Singles Main Draw Round of 16. No. 14 Hohmann competed against Alabama’s Enzo Aguiard. Set one went to Aguiard, 3-6 before Hohmann came back to take set two, 7-5. The deciding set went to the Tide, 1-6.

Hotard faced Auburn’s Tyler Stice, ranked No. 9 in ITA Preseason Singles Rankings, for a three set battle. Hotard fell in set one (3)6-7 before evening the match in set two 6-4. The Tiger secured the victory in set three 6-3.

Seven Tigers played in the consolation singles draw. Will Cubitt played Francisco Erramuspe of Troy. Set one went to Erramuspe 4-6. Cubitt was down 0-1 in set two before retiring from the match.

Benjamin Ambrosio went against Olimjon Nabiev of Southern Mississippi. The Tiger fell in set one 1-6 before going on to the match 6-1, 13-11.

Koch competed against Auburn’s Josh Raab in a three match set. Raab took set one 4-6 before Koch came back 6-2 in set Two. In the ten point tie breaker, Koch fought hard but lost 8-10

Dong took the court against Lukas Engelhardt of Ole Miss. In set one, Dong fell (2)6-7 before evening the match 6-4. In the ten point tiebreaker, Dong got the win 10-7.

Latinovic and Watson will face Mississippi State’s Nemanja Malesevic and Carles Hernandez in the Doubles Semifinals at 9:00 a.m.

Hotard will face No. 52 Malesevic of Mississippi State in the Singles Quarterfinals at 11:00 a.m.

Three Tigers will play in singles consolation at 11:00 a.m. Penzlin will face Lithen of Ole miss, Latinovic will play Roman Postolka of UAB, and Koch will face Georgios Nouchakis of UAB.

Singles Main Draw Round of 16