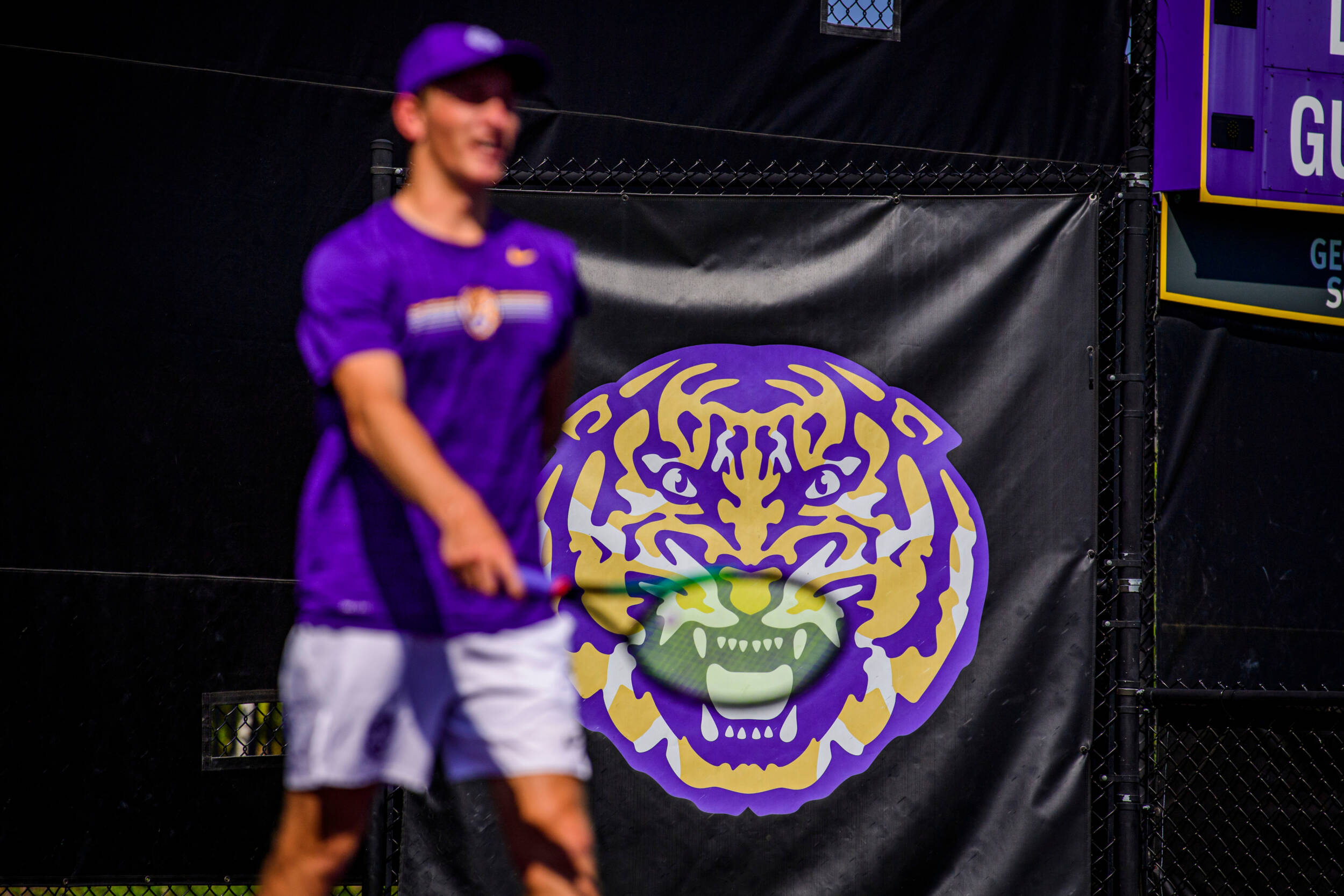 TUSCALOOSA, Ala. – Two Tigers advance to singles Main Draw and Three duos advance to the Doubles Round of 32 on day two of the ITA Southern Regional at the Alabama Tennis Stadium.

George Stoupe went against William Ribero (UL). The Tiger made quick work of the match, winning in straight sets 6-1, 6-2.

Next, Stefan Latinovic faced Antoine Audrain of Southern Mississippi. Latinovic took set one 6-3 before going on to secure the match 7-5 in set two.

Benjamin Ambrosio competed against Joao Ferreira of Alabama. The Tiger won the match in straight sets 6-2, 6-3.

Stefan Latinovic played Alex Bancila of Tulane. Set one went to Latinovic, 6-3, who went on to win the match in set two 7-5.

Lastly, Benjamin Ambrosio competed against Maxime St-Hilaire of South Alabama in a tie-breaking battle. Ambrosio took set one, 6-2, before falling in set two 6(2)-7. In the ten point tiebreaker, the Tiger secured the match 10-8.

Doubles Round of 64
Four Tiger Duos saw action in the opening round of doubles play. Ronnie Hohmann and Stoupe faced Chetanna Amadike and Yin Chih Lan of Alabama A&M. The duo made quick work of the match, winning 8-2.

Next, Will Cubitt and Ambrosio played Jacksonville State’s Vanja Dobrnjac and Lucius Soller. The duo fought hard but lost 5-8.

Chen Dong and Koch took the court against Sebastien Collard and St-Hilaire of South Alabama. The Tigers dualed it out on the court, winning the match in a tie breaker 9-8(3).

Watson faced Kacper Dworak of Louisiana. Set one went to Watson, 6-4, who went on to win the match in set two 6-4.

Up Next
Six Tigers will compete in the Main Draw of the singles competition. At 11:00 a.m. two players will take the court. Ambrosio will compete against Vasil Dimitrov of Lousianna and Latinovic will face Lukas Engelhardt of Ole Miss. At 1:00 p.m. Dong and Penzlin will enter the Main Draw competition. Dong will take on Jackson State’s Alin Fatu and Penzlin will meet Alabama A&M’s Yin Chih Lan on the court.

Two players will receive a first round bye in the Main Draw competition. Coming in at the No. 4 seed and No. 16 seeds respectively, No. 14 Hohmann and Hotard will begin competition in the Round of 32. Hohmann will compete at 3:00 p.m. and Hotard will take the court at 5:00 p.m.

The second round of the doubles will take place with four Tiger pairs in the competition. Hohmann and Stoupe will compete at 9:00 a.m. against Javier Llinares and Noah Martens of Troy. A few courts over, Dong and Koch will face Mohamed Ali Bellalouna and Santiago Arredondo of Samford. At 9:30 a.m., No. 53 Penzlin and Hotard will take the court against Carlos Matarredona and Nazar Fedoryshyn of North Alabama. The doubles Round of 32 will be the first round of competition for Penzlin and Hotard, who received a first round bye as the No. 3 tournament seed. Latinovic and Watson will also compete at 9:30 a.m. against Ewen Lumsden and Petar Jovanovic of Mississippi State.