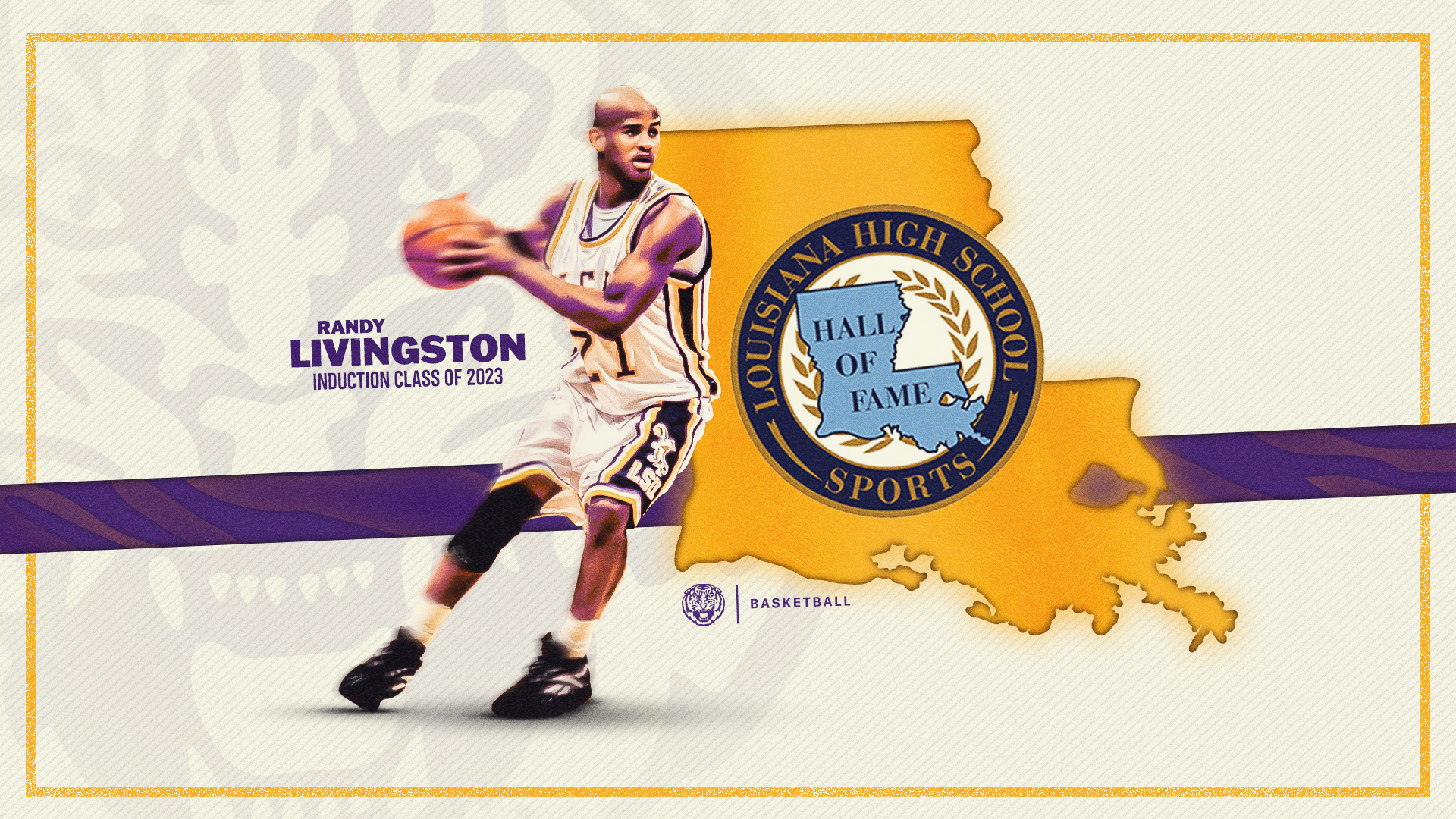 BATON ROUGE – Former LSU Basketball player and assistant coach Randy Livingston was announced this week as a member of the 2023 class for the Louisiana High School Sports Hall of Fame.

The announcement was made by the Louisiana High School Athletic Association and the induction will take place on April 18, 2023 at the Crowne Plaza Hotel in Baton Rouge.

Livingston was one of the state’s top high school basketball players at Newman School in New Orleans, having won three state championships, 1991-93. He was a McDonald’s All-America and shared national player of the year honors in both 1992 and 1993. In his career he scored 3,429 points (26.6 ppg) with 8.8 rebounds and 5.7 assists per game.

His LSU career was hampered by knee surgery in the summer before what would have been his freshman year. He returned to play 32 games over the course of the 1994-95 and 1995-96 seasons as other knee issues hampered his ability to play full-time. Before having his freshman season ended early by injuries, Livingston averaged 14 points and a nation’s best 9.4 assists per game.

He was the second round (42nd pick) of the Houston Rockets in the 1996 NBA Draft and he played professionally for some 11 seasons eventually returning to LSU for the 2016-17 season as assistant coach for the men’s basketball team. He presently serves as the head basketball coach at his alma mater.

In 2016, Livingston was inducted into the Greater New Orleans Sports Hall of Fame.