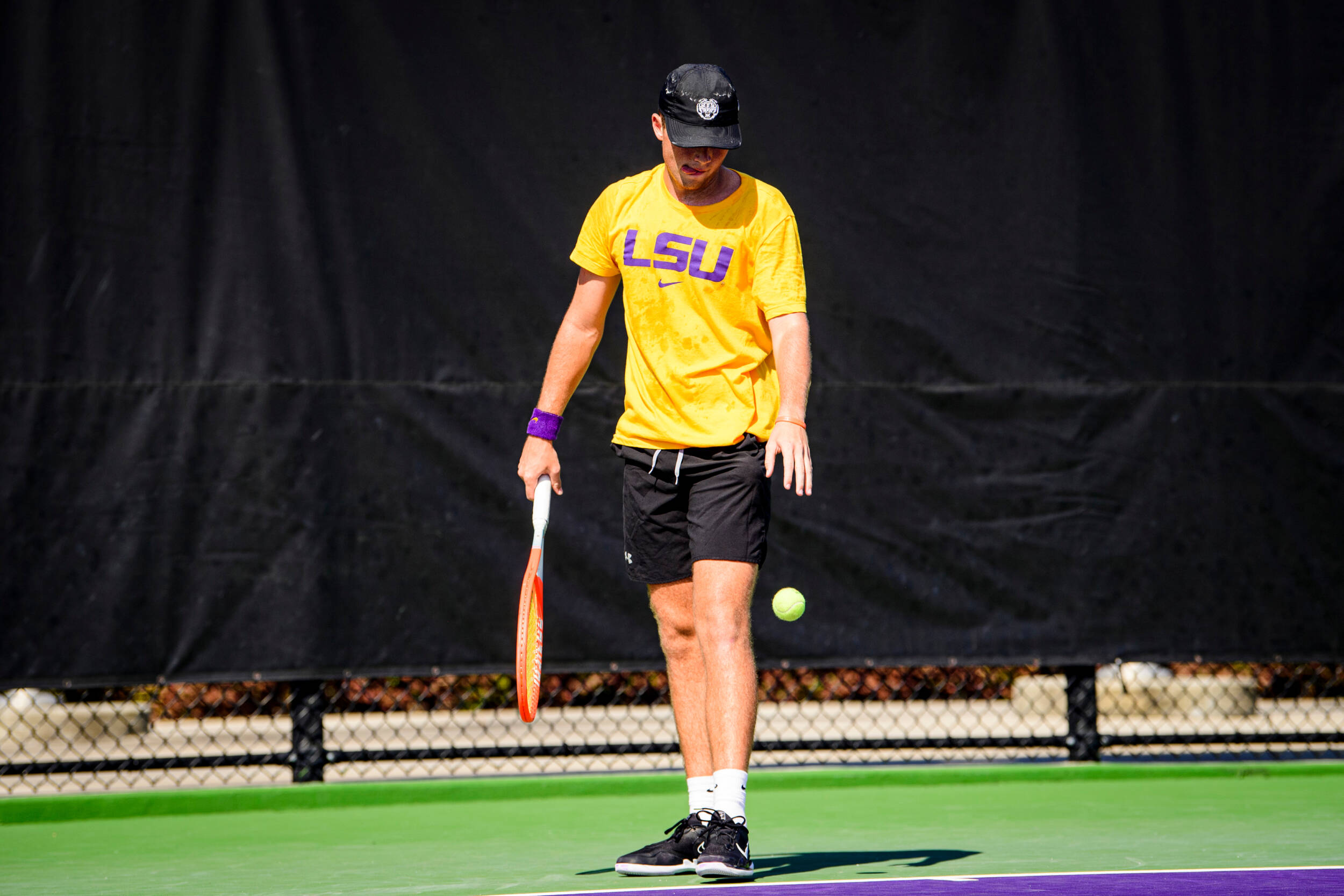 TUSCALOOSA, Ala. – Four LSU men’s tennis players advance to the Qualifying Round of 32 on the first day of the ITA Southern Regional at the Alabama Tennis Stadium.

Will Cubitt kicked the regional off for the Tigers, going against Kristofer Jackson of Alabama State. Jackson won the match in straight sets, 6-3, 6-2.

Next, Ben Koch went against Dakotah Bobo of Southern Mississippi for a tie breaking battle. Set one was a close match but eventually went to Koch, 7-6(6). The Tiger fell in set two 3-6, but took the match in the ten point tiebreaker 10-5.

Benjamin Ambrosio took the court against Francisco Erramuspe of Troy. Ambrosio took set one 6-1 before going on to secure the match 7-6(5) in set two.

Four Tigers will advance to compete in the third and fourth round of Qualifying singles. Koch will go against Noah Malige (UAB) at 9:00 a.m. Stoupe will compete against William Ribero (Louisiana) also at 9:00 a.m. Latinovic will face Antoine Audrain (Southern Mississippi) at 11:00 a.m. A few courts over, Benjamin Ambrosio will go against Joao Ferreira (Alabama) at 11:00 a.m.

Qualifying doubles will begin tomorrow. No. 53 duo Hotard and Penzlin are the No. 3 seed in the regional and will receive a first round bye. Ronnie Hohmann and Stoupe will face Chetanna Amadike and Yin Chih Lan (Alabama A&M) at 3:00 p.m. Cubitt and Ambrosio will compete against Vanja Dobrnjac and Lucius Soller (Jacksonville State) at 3:00 p.m. Chen Dong and Koch will take on Sebastien Collard and Maxime St-Hilaire (South Alabama) at 4:00 p.m. Latinovic and Watson will compete against Vence Ntcha and Divesh Gahlot (Alabama A&M) at 6:00 p.m.

No. 14 Hohmann, Hotard, Dong and Penzlin will all enter the Main Draw of the singles competition on Saturday, Oct. 15.