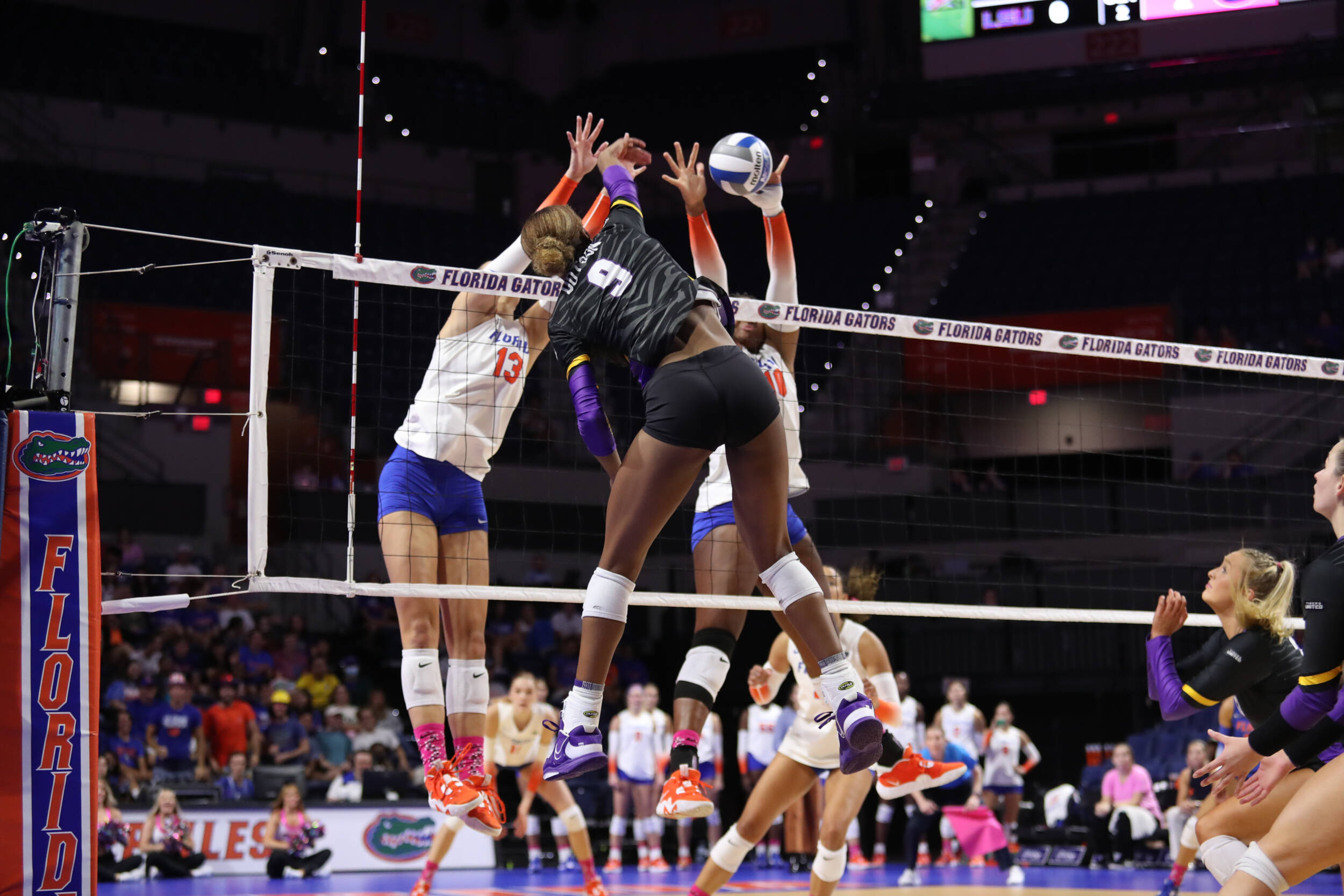 “You know, I wish the way we played in set two, three and four was the way we played at the beginning of the match,” said head coach Tonya Johnson. “We put ourselves in some tough situations, but we definitely had our opportunities. We left a lot of points on the floor tonight.”

Outside hitter Sanaa Dotson led the Tigers with 15 kills and logged 10 digs for her third consecutive double-double and sixth total this season. Dotson also had two blocks and one ace. Middle blocker Alia Williams recorded a career-high 14 kills behind a .571 hitting percentage and added a team-high three blocks. Setters Josie Vondran and Maddie Waak finished with 25 and 15 digs, respectively. Vondran contributed three kills and Waak finished with one ace.

Libero Ella Larkin registered a team-high 18 digs and set a new career-best with six aces. The last LSU Tiger to get six aces in a single match was Meghan Mannari versus Alcorn State on Sept. 4, 2010. Larkin led a group of four players with double-digit digs which included defensive specialist Jill Bohnet (12), outside hitter Paige Flickinger (12) and Dotson (10).

LSU and Florida will conclude the series with a 2 p.m. CT match Sunday on SEC Network +.