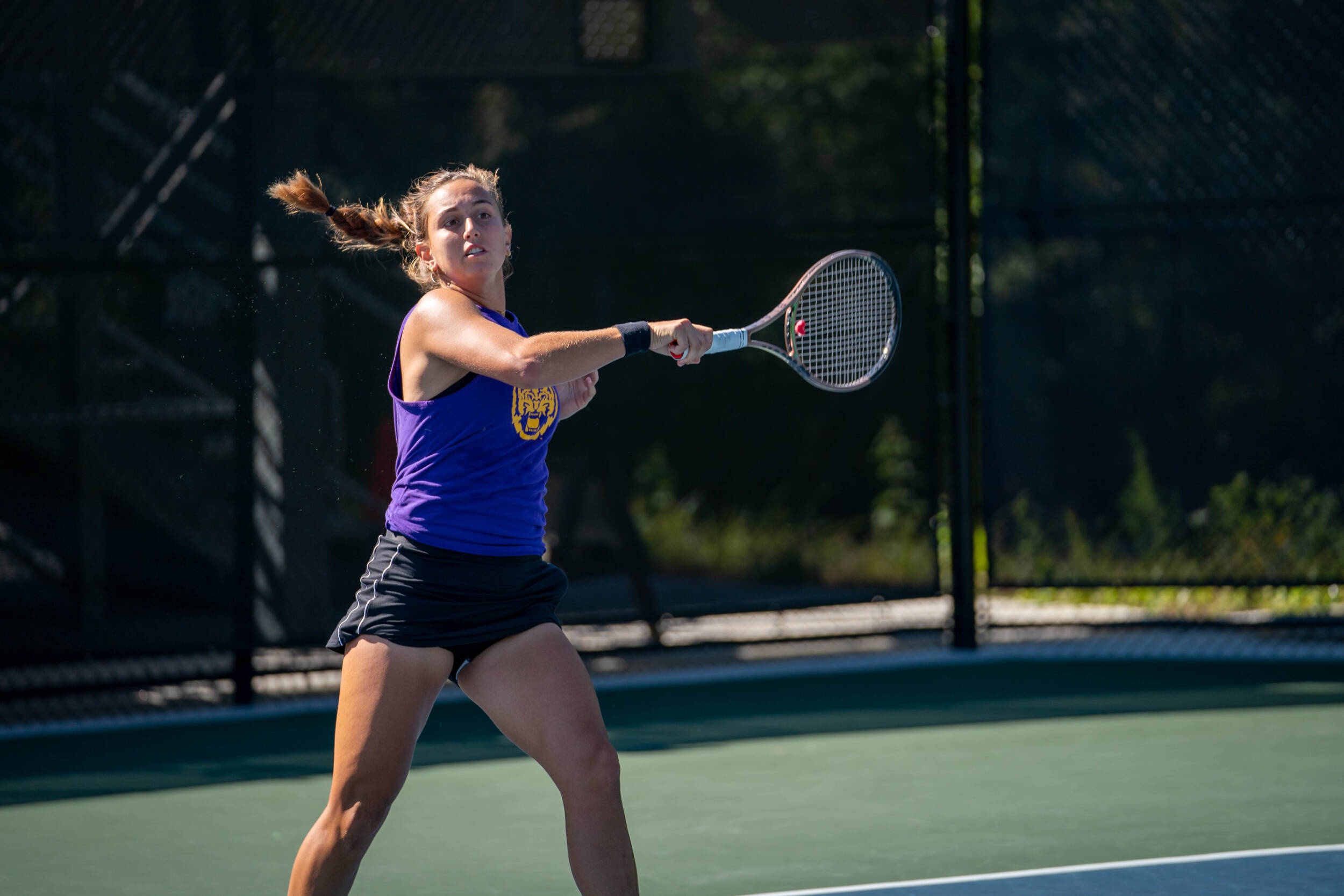 Cary, N.C. – Junior Kylie Collins punched her ticket to the semifinal round of the ITA All-American Championship singles main draw with a 7-6(5), 6-0 straight set win on Friday at Cary Tennis Park.

Singles Results
The quarterfinal round had No. 24 Collins face No. 19 Alexa Noel of Miami. The two players went back and forth in the first set with neither able to gain a lengthy lead. The set was split at 6-6 after 12 games, which meant a tiebreaker would decide the winner. The tiebreaker was also a tight contest, but Collins was able to hold on and get a 7-5 win to secure the first set. Using momentum from the first set win, Collins played a flawless second set as she blanked Noel, 6-0, to advance to tomorrow’s semifinal round. The win is Collins’ third of the tournament as well as third consecutive straight-set win.

Doubles Results
Freshmen Anastasiya Komar and Nikita Vishwase faced No. 26 Elaine Chervinsky and Natasha Subhash of Virginia in their quarterfinal matchup. The Tiger duo opened the match strongly and grabbed a 6-2 win in the first set before the Virginia pair struck back with a 6-1 win in the second. The match came down to a ten-point tiebreaker, where Chervinsky and Subhash were able to edge out a 10-7 win and advance to the next round. The defeat marked the end of the run for Komar and Vishwase, who won six matches together dating back to pre-qualifying that began six days prior.

Up Next
Semifinal action in singles will kick off at 9 a.m. CT tomorrow. No. 24 Collins will take on North Carolina’s Anika Yarlagadda with a spot in Sunday’s final on the line.