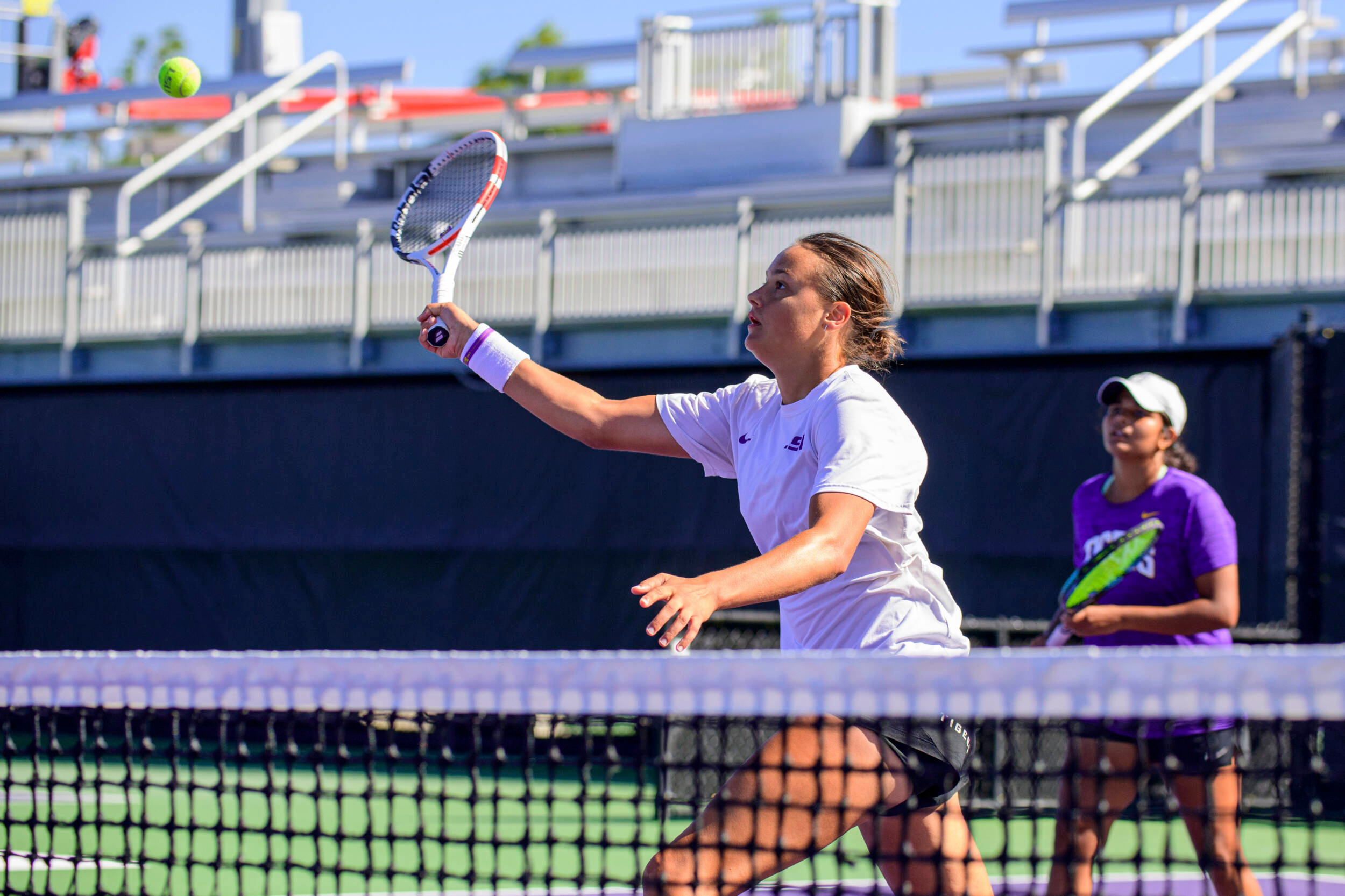 Cary, N.C. – LSU women’s tennis freshmen Anastasiya Komar and Nikita Vishwase grabbed an 8-3 win in the final qualifying round of doubles to advance to the ITA All-American Championships main draw on Tuesday evening.

Singles Results
Komar was in singles action against her toughest opponent yet as she faced No. 15 Abigail Forbes of North Carolina. The freshman played a resilient first set, but Forbes narrowly edged it out, 6-4. The second set was just as close and split after ten games at 5-5, but Forbes was able to grab two straight games and win 7-5 to get the win. The defeat brought an end to Komar’s impressive singles run where she grabbed four wins, including two against ranked opponents, at one of the top-ranked collegiate tennis tournaments.

Doubles Results
Komar and Vishwase took on SEC foes in Texas A&M’s Mary Stoiana and Gianna Pielet. The Tiger duos played a strong match as they took an early lead and cruised to an 8-3 win and a spot in the main draw. The win finished the long journey for Komar and Vishwase, who started in pre-qualifying on October 1 and played five matches to reach the main draw.

Up Next
The first day of the ITA All-American Championships main draw starts at 8 a.m. CT on Wednesday morning. Wednesday’s opening day will feature one round of singles play and one round of doubles, both brackets starting in the round of 32. In singles, No. 24 Kylie Collins will face Vanderbilt’s Celia-Belle Mohr in the morning. Doubles play will run in the afternoon, with Komar and Vishwase set to face the No. 19-ranked duo of Margaux Maquet and Lucia Quiterio from Charlotte.