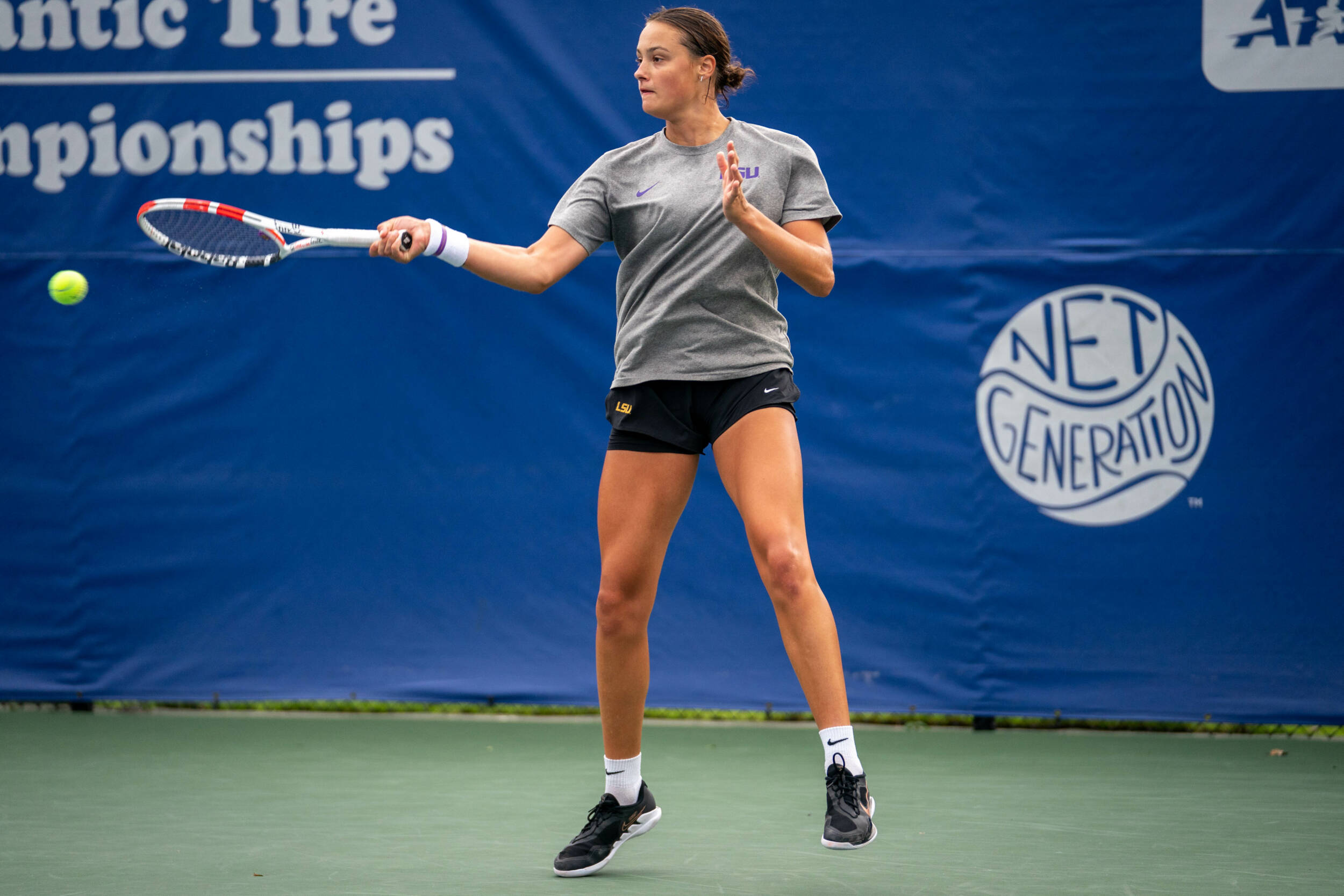 Singles Results
No. 94-ranked Safiya Carrington was the first player in action in the morning as she took on Maryland’s Hannah McColgan. Carrington played a great match, only dropping one game in the first set en route to a 6-1 win before repeating the scoreline in the second to secure the straight set win.

Next in action was Anastasiya Komar, who faced Matilde Magrini from Fresno State. Komar took an early lead in the first set and rode to a 6-1 win. The second set was a closer affair and saw the two swap games until it was 6-6 in the match. The tiebreaker was a close one, but Komar was able to pull ahead and string together points to grab a 7-4 win and clinch the straight set victory.

The final singles match of the day saw Nikita Vishwase face UCLA’s Ava Catanzarite. Catanzarite claimed the first set by a margin of 6-1 and carried momentum into the second, where she won 6-2 to grab a win over the LSU Tiger.

Doubles Results
Komar and Vishwase teamed together in doubles play and faced Victoria Smirnova and Emma Valletta from VCU. The duo was able to hold off their talented opponents and held them off en route to an 8-5 win to grab their first win as a doubles pair together.

Up Next
The final day of ITA All-American Pre-Qualifying is slated to begin at 8 a.m. CT on Sunday. Carrington and Komar will continue their singles campaign in the main draw while Vishwase is slated for singles consolation draw action in the morning. Komar and Vishwase will look to advance to the qualifying stages of doubles in the afternoon.