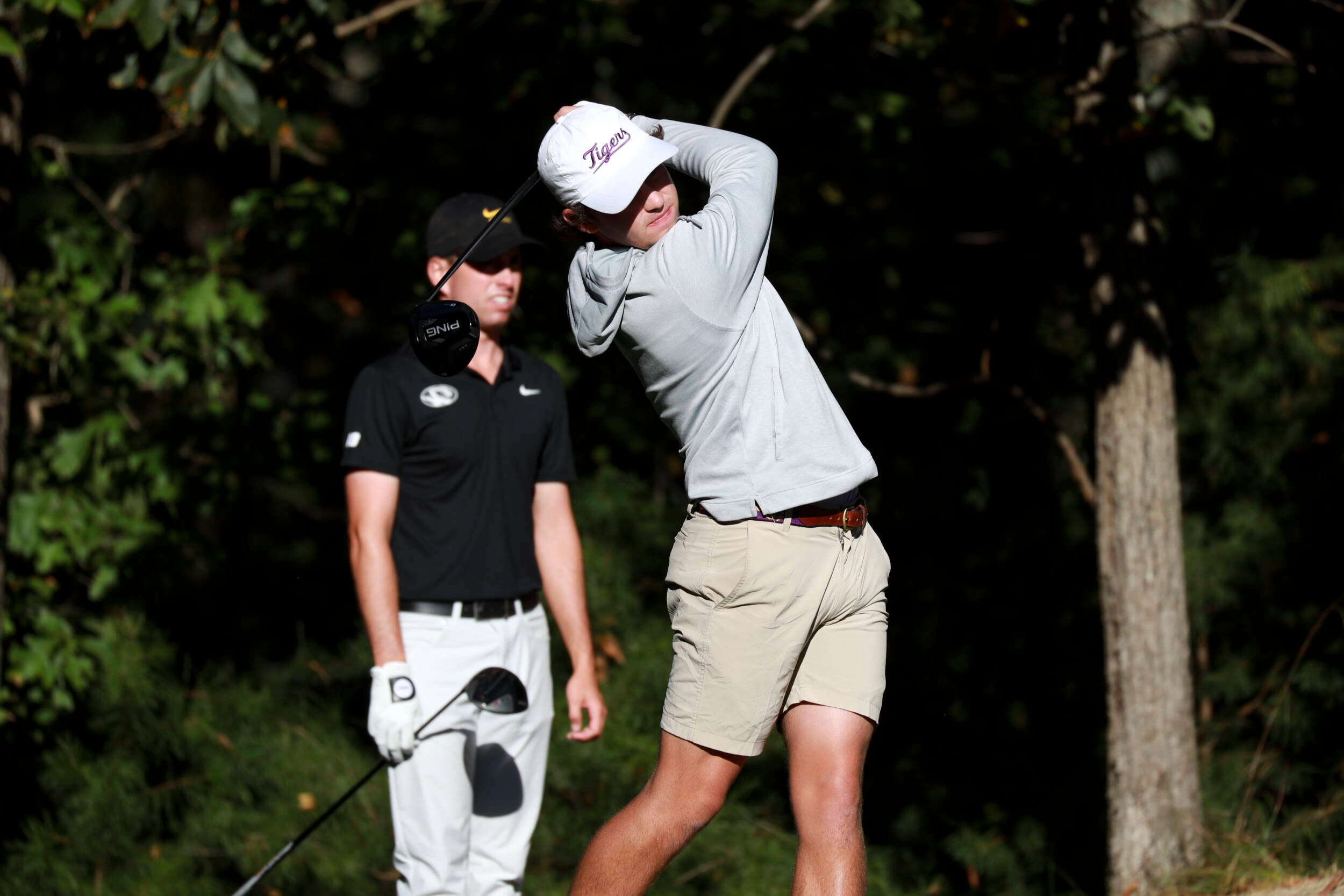 BATON ROUGE – LSU easily won two matches but needed a par on the final hole to get the third point as LSU defeated Missouri, 3-2, in the match play portion of the SEC Match Play event at the Old Overton Club in Vestavia, Alabama.

Drew Doyle in the final match found himself tied with Alfons Bondesson of Missouri through 14 holes with the match tied 2-2.

Both players birdied the par 4 15th, and then parred the par 5 16th and par 3 17th, before Doyle’s par on 18th was good enough to get the match to LSU’s way as Bondesson posted a bogey to give Doyle a 1 Up win and LSU the 3-2 win on the final day of play.

LSU had two easy wins for its other points as Cohen Trolio in the second match out, won five consecutive holes on the front nine against Tommy Boone to go stand 5Up after nine holes. Trolio won holes 10 and 11 to make the match dormie and a par three on the 12th hole was good enough to secure the 7&6 victory in the match.

Luke Haskew also was a big winner against Antonio Safa of Missouri, winning the first two holes and turning to the back nine with a 4 Up lead. That lead went to 5 Up after 12 holes and a win on the 14th hole made it a 6&4 for the LSU freshman.

Missouri’s two wins came in the first and third matches as Nicholas Arcement dropped a 5&4 decision to Charlie Crockett and Garrett Barber lost a 2&1 decision to Jack Lundin.

The men’s golf team is off until Oct. 10 when they travel to West Lafayette, Indiana for the Purdue Fall Invitational. The three-day event will take place at the Kampen Golf Course.