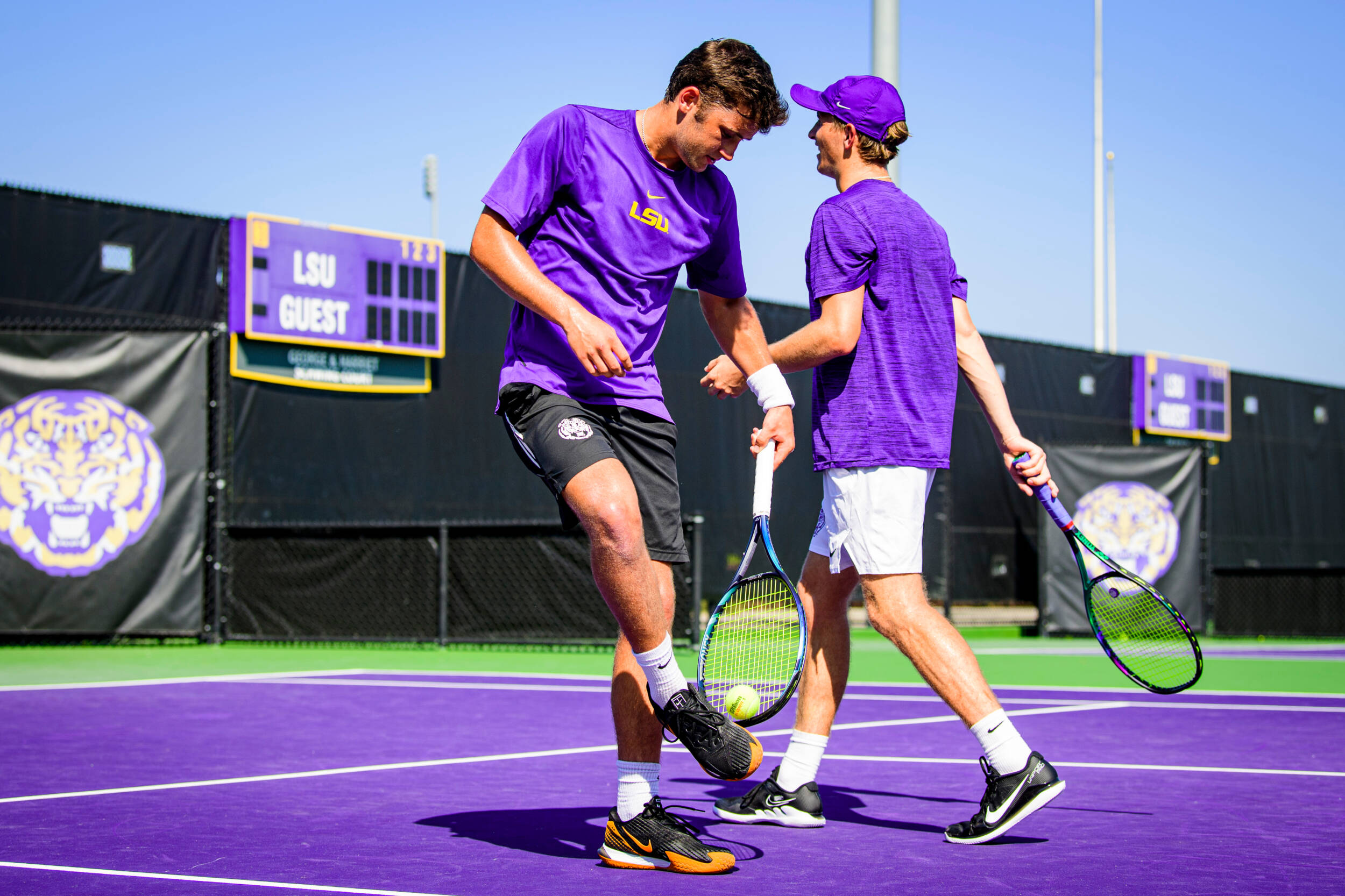 Three Tiger pairs saw the court in the doubles round against Tulsa. Julien Penzlin and Chen Dong faced Adham Gaber and Ezequiel Santalla. The duo fell to the Hurricanes 8-4.

Welsh Hotard and Ben Koch paired up for the first time against Connor Di Marco and Timothy Carlsson Seger. The Tiger pair fought hard but fell 8-5.

Duo George Stoupe and Ronnie Hohmann teamed up against Daniel Siddall and Gus Tettamble. The Tiger duo worked quick to secure an 8-1 victory.

Seven Tigers were in action in singles play. Penzlin went against duos opponent Santalla. Penzlin took set one 6-4 before going on to win the match in set two 6-4.

No. 14 Hohmann faced Stefan Hampe in singles play. It was a quick two set victory for Hohmann, who took the match 6-1, 6-1.

Dong competed against Di Marco, winning the first set 6-2 before Di Marco retired from the match.

Hotard took on Gaber in singles play. Gaber took set one 6-0. In set two, Hotard put up a fight but ultimately fell 7-6 to lose the match.

Stefan Latinovic went against Siddall on the court. Latinovic won the match in straight sets 6-4, 6-3.

Benjamin Ambrosio faced Tettamble in singles play. The Tiger won set one 6-3 before going on to win set two 7-5.

Koch took on Carlsson Seger in a three-set fight. In set one, Koch battled for a 7-6 win before falling to Carlsson Seger 2-6 in set two. The Tiger came back in set three to win the match 7-6.

Four Tiger duos saw the court in the second doubles round against Pennsylvania. Stoupe and Hohmann paired up for the second time against Edoardo Graziani and Kevin Zhu. The duo fell to the Quakers 8-3.

Hotard and Koch once again took the court to face Aditya Gupta and Harsh Parikh. The Tiger pair battled but fell 8-6.

Duo Penzlin and Dong teamed up against Zachery Lim and Zach Smith. The Quakers fell to the Tiger duo 8-4.

Nick Watson paired with Latinovic in doubles to go against Matthew Rutter and Baylor Sai. In a quick match, the Tigers won 8-2.

Nine Tigers were in action in the second round of singles play. Dong went against E. Graziani falling to the Quaker 6-1, 6-2.

Latinovic played against Gupta in a three set battle. Gupta took set one 7-5 before falling to Latinovic 4-6. In set three, Gupta won the match 6-3.

Koch went against Sai in singles play. Set one went to Sai 6-3. Koch came back to win set two 2-6 before losing the match in set three 7-6.

Watson competed against Lim. Set one was a close battle, but Watson lost 6-7. However, the Tiger came back in sets two and three to win the match 6-4, 6-1.

Will Cubitt took the court against Sameer Gangoli. In set one, Cubitt fell 6-4 and went on to lose the match 6-3 in set two.

Hotard played against Manfredi Graziani in a three-set fight. Set one went to M. Graziani 6-4. Hotard came back in set two 4-6 but lost the match in set three 7-5.

Day 4 of the Farnsworth Invitational will take place tomorrow. LSU will face off against Old Dominion at 8 a.m. CT.