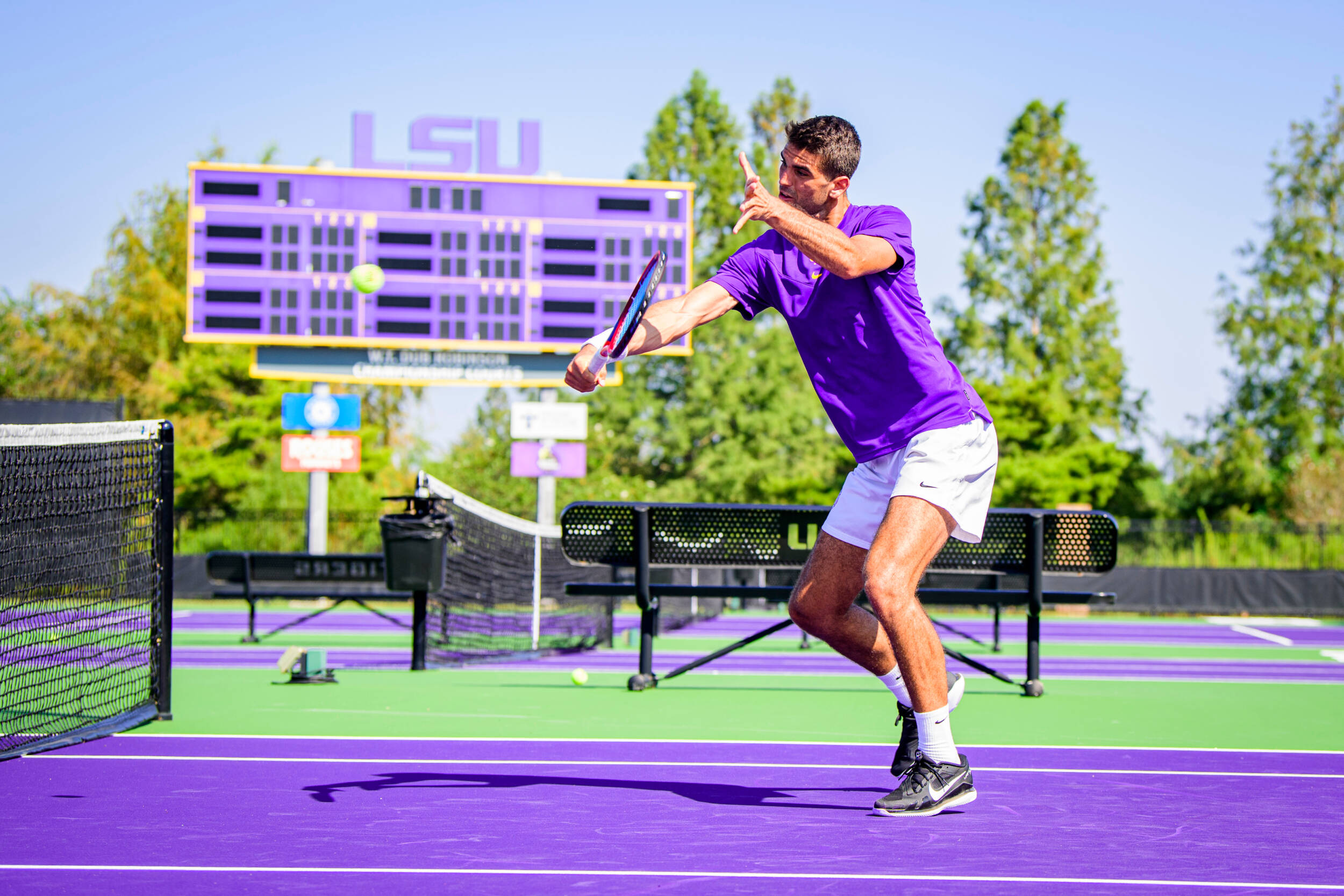 “Overall, it was another good day,” head coach Danny Bryan said. “It certainly wasn’t a great start in doubles. We lost three of the matches on a tie breaker so that was difficult, but I really like how the guys responded in singles. For the most part, we’re just doing a good job of finding a way to win, which is really encouraging early in the season.”

Four Tiger duos saw the court in the doubles round against Michigan State. Ronnie Hohmann and Welsh Hotard faced Graydon Lair and Kazuki Matsuno. The pair battled through the set but ultimately lost 8-7.

George Stoupe and Ben Koch teamed up against Anthony Pero and Josh Portnoy. After a close set, the Spartans defeated the Tiger pair 8-7.

Ten Tigers were in action in singles play. Hotard went against Sheldon on the court. Set one was a battle before Hotard took the win 7-6. Hotard went on to secure the match with a 6-4 victory in set two.

No. 14 Hohmann faced Baris in singles play. In the first set, Hohmann secured a 6-2 win before going on to win the match 6-4 in set two.

Latinovic competed against Saye, winning the match in straight sets with a 6-2, 6-3 victory.

Penzlin took on Baylis, making quick work of the first set for a 6-2 win. In set two, Baylis put up a fight before Penzlin earned a 7-6 victory to win the match.

Dong went against Pero in a three-set battle. Pero got a 4-6 win in set one. However, Dong came back to win the next two sets 6-4, 6-1 to secure the match.

Stoupe took on Lair for a three set fight. In set one, Lair earned a 4-6 win before falling to Stoupe in set two 6-2. The Tiger made quick work of set three with a 6-4 victory to win the match.

Koch faced Matsuno on the court. In set one, Koch earned a 6-1 win before going on to win the match in set two 6-3.

Cubitt faced off against Aidan Mahoney of Princeton. The LSU Tiger fought hard but fell in set one, 7-6. In set two, Mahoney secured the set match with a 6-3 win.

Day three of the Farnsworth Invitational will take place tomorrow. LSU will face off against Tulsa at 8 a.m. CT and Pennsylvania at 2 p.m. CT.