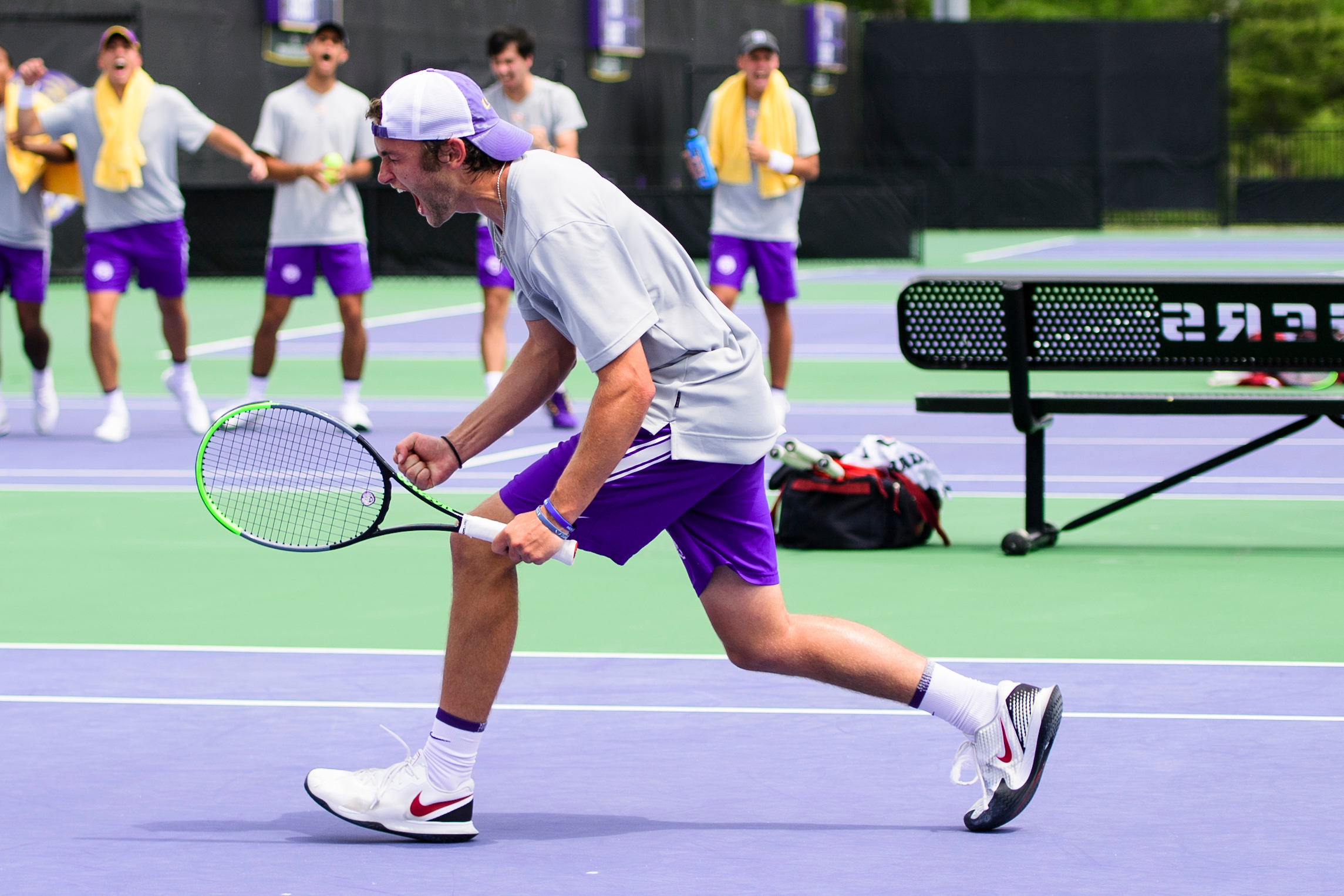 “It was a great start to the fall for the guys,” head coach Danny Bryan said. “Obviously we got a lot of wins, and we won a lot of close matches. I’m really proud of the way the guys fought. It wasn’t perfect tennis, which is to be expected, but the guys were tough. Ultimately, we’re looking forward to tomorrow against Michigan State.”

Five Tiger duos saw the court in the doubles round against the Princeton Tigers. Newcomers Julien Penzlin and Chen Dong took on Thomas Bosancic and Filippos Astreinidis. The duo worked quickly to secure an 8-1 win.

Ben Koch and George Stoupe teamed for the first time in competition against Sebastian Sec and Alan Kam. The duo battled for an 8-7 win.

Welsh Hotard and Ronnie Hohmann fought hard but fell to Fnu Nidunjianzan and Will Peters 8-6. Nidunjianzan is currently ranked No. 6 in the ITA Freshman/Newcomer Preseason Rankings.

Senior Stefan Latinovic was paired with grad student Nick Watson. The pair faced Matthew Bosancic and Ben Smith and came out victorious with an 8-7 win.

Duo Will Cubbit and Benjamin Ambrosio faced off against Ellis Short and Aidan Mahoney. The Tiger duo secured a strong 8-6 win.

Six Tigers were in action in singles play. No. 14 Hohmann faced off against doubles foe Nidunjianzan. In the first set, Nidunjianzan grabbed the first set 4-6. His victory was short lived as Hohmann made quick work of the next two sets to secure the match at 6-3, 6-2.

Newcomer Dong faced Sec in singles action. Dong won the first set 6-3 and went on to secure straight set victories with a 6-4 win in set two.

Next, Hotard took on Peters. The Priceton Tiger won the first set at 6-3 before going on to win 7-5 in set two.

At the next court, Stoupe went against Astreinidis in a three-set battle. Stoupe secured the first set with a close 7-6 victory but fell in the second set 3-6. In a battle to the end, Stoupe came out on top with a 6-4 win to finalize the match.

Penzlin faced Short in singles and took  set one with a 6-2 win. Short came back to win in set two, flipping the score to 2-6 before Penzlin won set three 6-2.

Day 2 of the Farnsworth Invitational will take place tomorrow. LSU will face off against Michigan State.