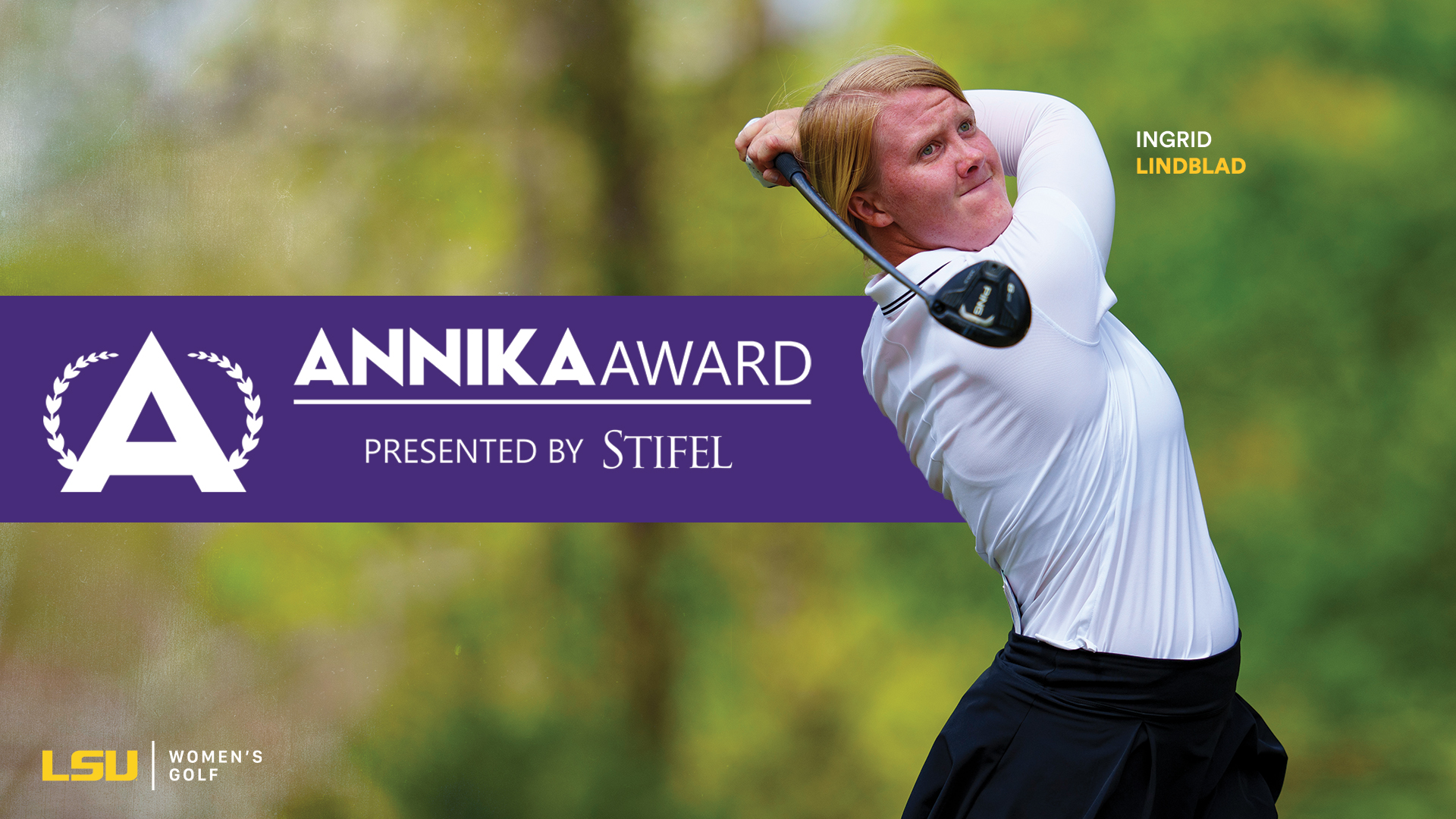 BATON ROUGE – It is no surprise that LSU senior golfer Ingrid Lindblad is on the preseason watch list for The ANNIKA Award presented by Stifel announced on Thursday by The Hawkins Foundation.

The list was announced by media partners Golfweek and The Golf Channel.

Lindblad is back at LSU for her senior season after helping Sweden to the Gold Medal and the Espirito Santo Trophy in the World Amateur Team Championship in Paris.

The native of Sweden has been runner-up for the award in both 2020 and 2022 and last season won five individual titles, including winning the Southeastern Conference individual title with a score of 10-under par. She finished T3 in the NCAA Championships and helped the Tigers to their first team SEC title in 30 years. She posted a stroke average of 70.38 this past season with a 79-round three-year stroke average of 70.46

In all, she has nine individual titles in her three seasons, the most ever by an LSU women’s golfer and the most by any LSU golfer, male or female, in the last four years.