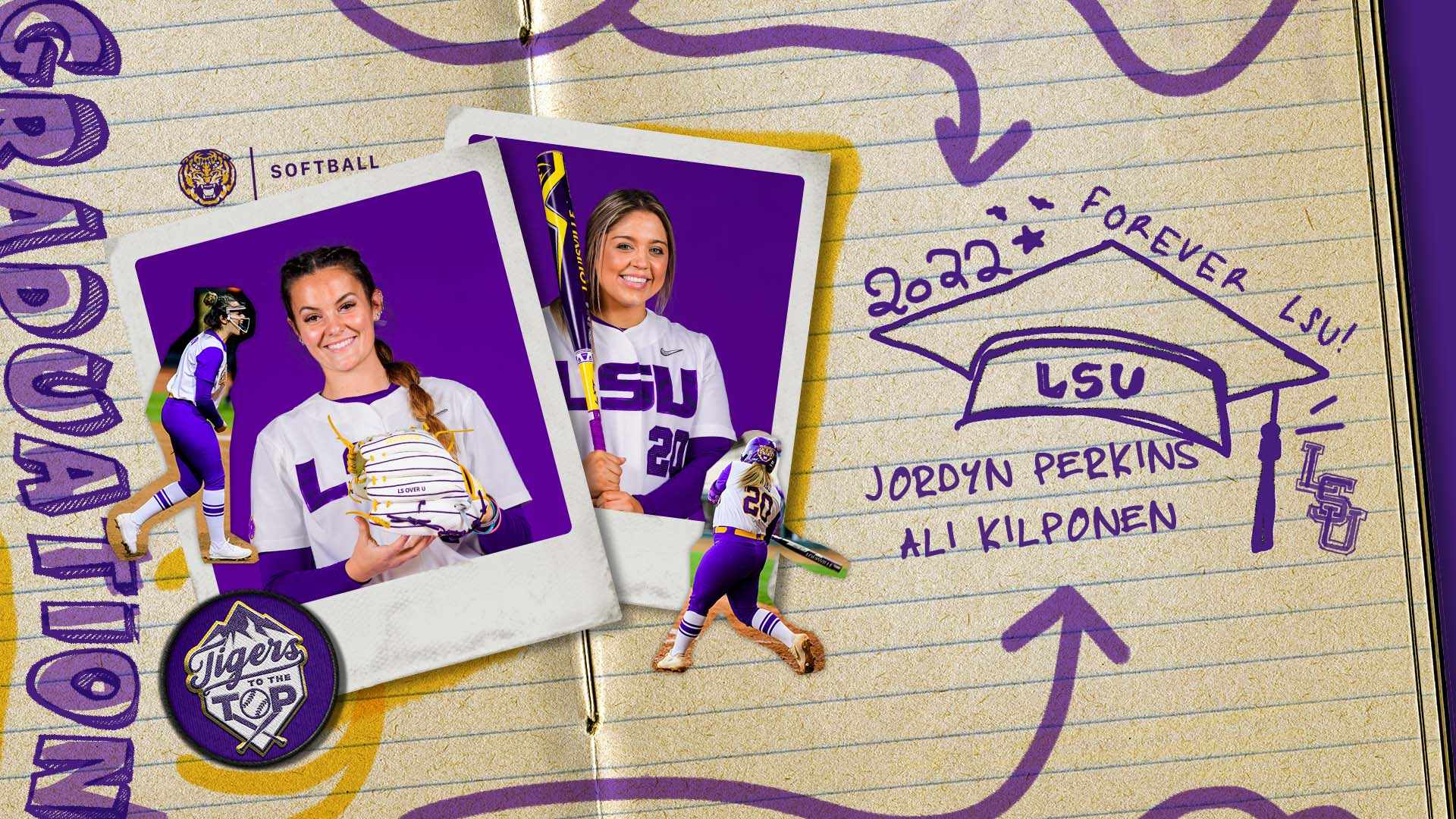 Kilponen, a 2022 All-SEC First Team selection, received her bachelor’s degree in child & family studies with a minor in social work. She will return for her final season of eligibility in 2023 after coming off an 18-9 record in the circle last season behind a 2.29 ERA and 145 strikeouts. Kilponen, who has a career record of 44-22 and 362 strikeouts, will enter the 2023 campaign with 72 strikeouts and three wins shy of breaking into the program’s top 10 in both categories.

Perkins received her bachelor’s degree in kinesiology with a concentration in human movement. Perkins capped her four-year career with the Tigers (2019-2022) with a .273 batting average, a .477 slugging percentage, 16 RBIs and two home runs. A career highlight for Perkins was a two-RBI double to right center field that sealed a 10-2 run-rule victory against McNeese in the opening round of the Baton Rouge Regional on May 21, 2021. Last season, Perkins hit a two-out RBI single against Texas A&M (April 8, 2022) to give LSU a 2-1 lead heading into the bottom of the seventh inning.