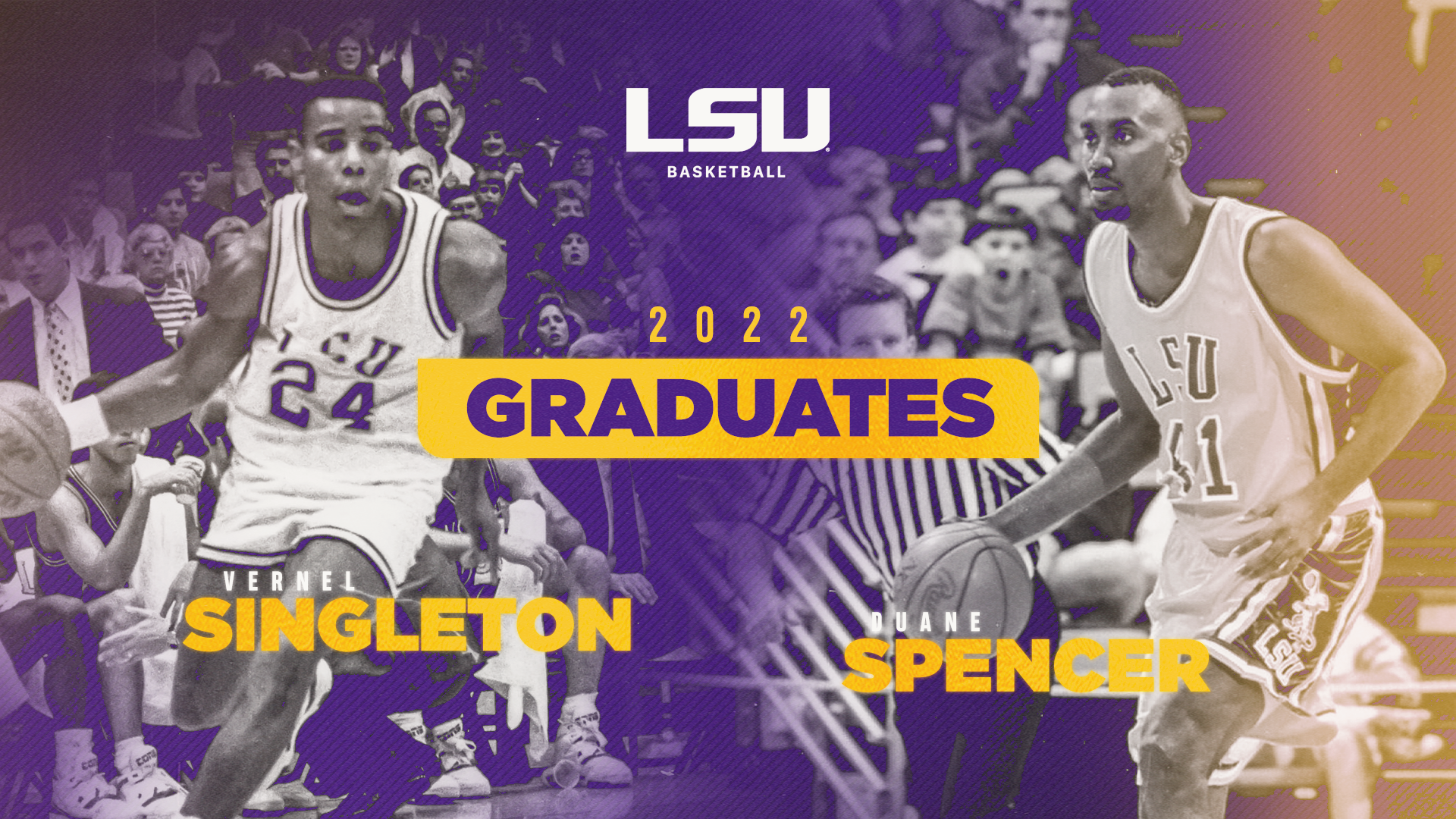 Both Duane Spencer and Vernel Singleton, who played for Coach Dale Brown received their diplomas Friday as part of Project Graduation. Spencer was able to be here for the ceremony, but Singleton was unable to attend due to an illness in his family, according to Coach Brown.

The mission of Project Graduation is quite simple: To assist former student-athletes with completing graduation requirements and obtain their degrees so that they can move forward in their careers and individual life pursuits. This is achieved by being proactive in reaching out to former student-athletes and by providing information and assistance to those who reach out to us.

The initial commitment was made to assist former student-athletes in obtaining a degree and that commitment is still honored and promoted even as they return as a student no matter the length of time since they last attended LSU.

For Spencer, who was at LSU three years (playing two years 1995-97) after transferring from Georgetown, his degree will be in art from the College of Art & Design. Spencer is a native of New Orleans.

Singleton, from Natchez, Mississippi, played at LSU for four seasons from 1989-1992 with his career spanning Mahmoud Abdul Rauf to Shaquille O’Neal. He will be receiving his diploma from the College of Humanities and Social Sciences in interdisciplinary studies.

Singleton played 125 games over his four seasons, including 1988-89 when as a freshman he was forced to play center for the Tigers. He was part of 84 wins and four NCAA Tournament appearances. He averaged 15.2 points as a junior and 14.3 points as a senior and finished with over 1,500 career points.

Former player Skylar Mays of Baton Rouge, who now plays for the Atlanta Hawks in the NBA, was given the honor of walking in this year’s ceremony after graduating in a virtual ceremony in May 2020. Mays played four years at guard for LSU (2016-20) and may have been one of the most decorated academic student-athletes in the history of LSU Basketball. He was a CoSIDA Academic All-America (twice) and the CoSIDA Basketball Academic All-America of the Year  in 2020. He also won one of the highest honors given by the Southeastern Conference that same year, the H. Boyd McWhorter Scholar-Athlete Award.