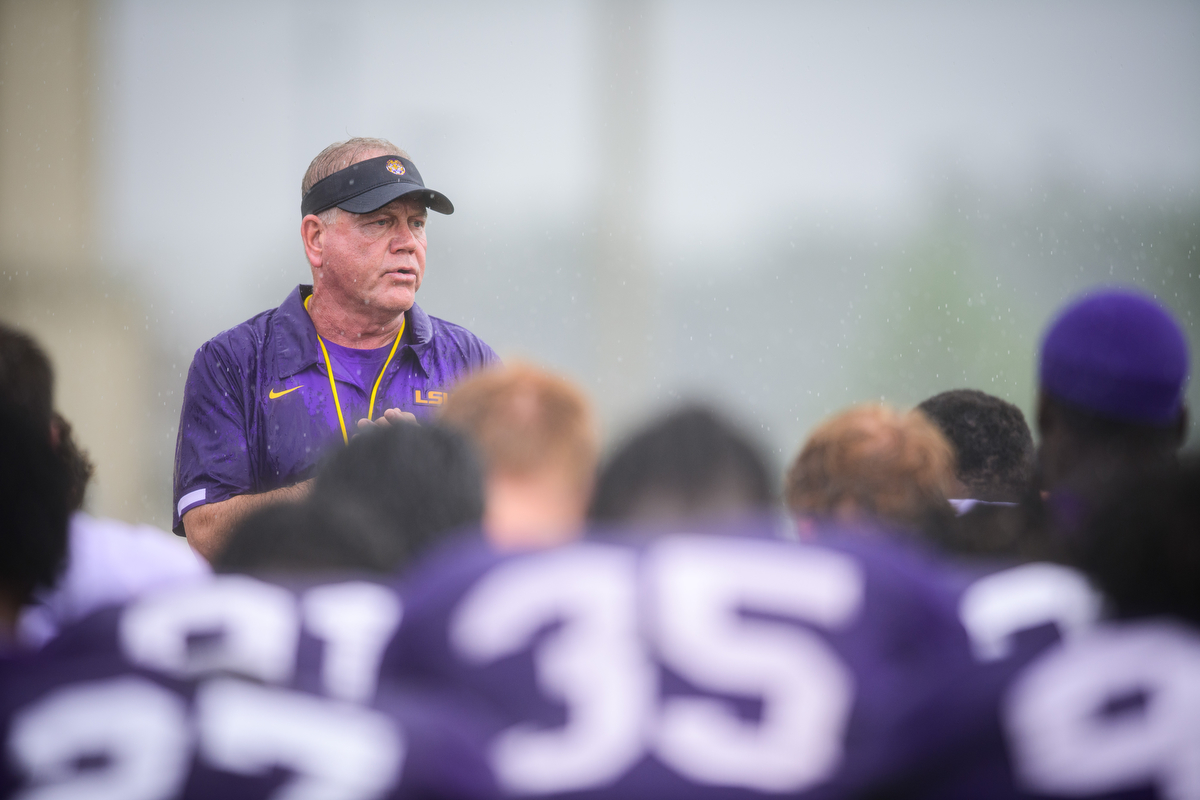 Thursday’s practice came following LSU’s first recovery day of camp as the Tigers had previously gone through six straight days before taking a break on Wednesday. Thursday’s focus was on situational work with an emphasis on third downs.

“Today was situational work for us,” head coach Brian Kelly said. “After the first six days we got a recovery day yesterday, came back today it was our first day of really getting into third down. We had been first and second down. Today it started to come together from an offensive and defensive standpoint, moving players around and putting them in position.”

Kelly said he’s liked the way his team has shown steady improvement since the first couple days of camp with their focus and then re-focusing following a play.

“It was a good day overall coming back after a recovery day,” Kelly said. “I was really pleased with the effort and the focus. That’s been a big thing for us is focus and re-focus and moving to the next play. They had a tendency the first couple of days of carrying what happened the play before with them. I think they did a good job of letting it go and moving on to the next play. Really good progress moving into our seventh practice today and we will build off what we did today.”

LSU will practice in shells (helmets and shoulder pads) on Friday followed by another shells workout on Saturday. The Tigers will enjoy a recovery day on Sunday and then will be back in full pads on Monday.
LSU’s first scrimmage of training camp is set for Wednesday.

Three current members of the LSU football team will earn their degree tomorrow. Defensive end Ali Gaye and wide receiver Jaray Jenkins will both graduate with degrees in interdisciplinary studies, while tight end Nick Storz will graduate with a master’s in business administration.