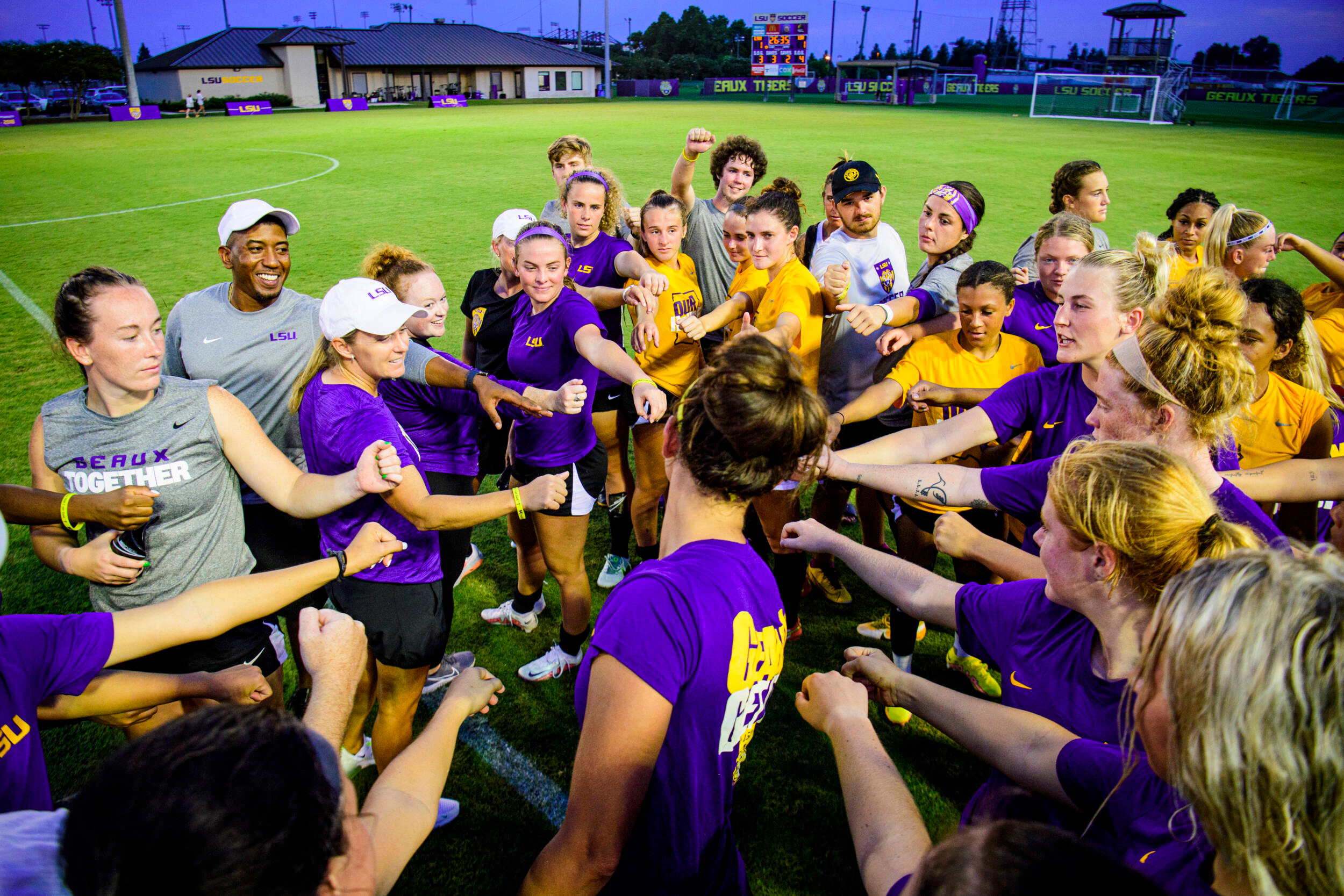 Waco, Texas – The LSU soccer team will head to the state of Texas to close out the 2022 preseason. The Tigers will take on the Baylor Bears at 7 p.m. CT on Thursday, August 11 at Betty Lou Mays Field before traveling to Houston to end the weekend against the Houston Cougars at the Carl Lewis Soccer Complex at 1 p.m. CT on Sunday, August 14.

Sunday afternoon’s exhibition against Houston will have live stats available here. Fans can follow along on Twitter, @LSUSoccer, for score updates for both matches. A recap of the exhibitions will be posted to lsusports.net once results are finalized.

“Preseason has gone very well and I am thrilled to start our season with two very good opponents in Baylor and Houston,” head coach Sian Hudson said. “These games will provide us not only with stern tests on the field, but a great opportunity to get on the road for five days and to continue to build our team chemistry.”

“We look very fit and sharp, which is a testament to the work that our high-performance staff in Renee Balconi and Hannah Faldetta have done with the players this summer. The addition of our incredibly talented freshman class has given us depth in every position and made our training environment more competitive than I have seen in my time at LSU. I can’t wait for the Tiger Fans to see this team play; we expect big things this year.”

Baylor hosts the Tigers in a reverse of this past spring’s exhibition, where the Bears came to Baton Rouge. They are led by first-year head coach Michelle Lenard. Lenard was previously at Dallas Baptist University for 14 seasons, where she led the Patriots to 13 conference championships and coached nine All-Americans. Lenard inherits a Baylor squad that finished the 2021 season with an 8-5-6 record and a third place finish in the Big 12 regular season standings.

The Cougars also boast a first-year head coach in Jaime Frias. Frias served previously as an assistant coach at Virginia as well as a head coach and assistant coach for U18 and U20 squads for the United States Soccer Federation. The Cougars are coming off a 13-5-2 season in 2021 and return defender Emma Clarke for the upcoming season, who was recently named to the United Soccer Coaches Players to Watch on Tuesday.