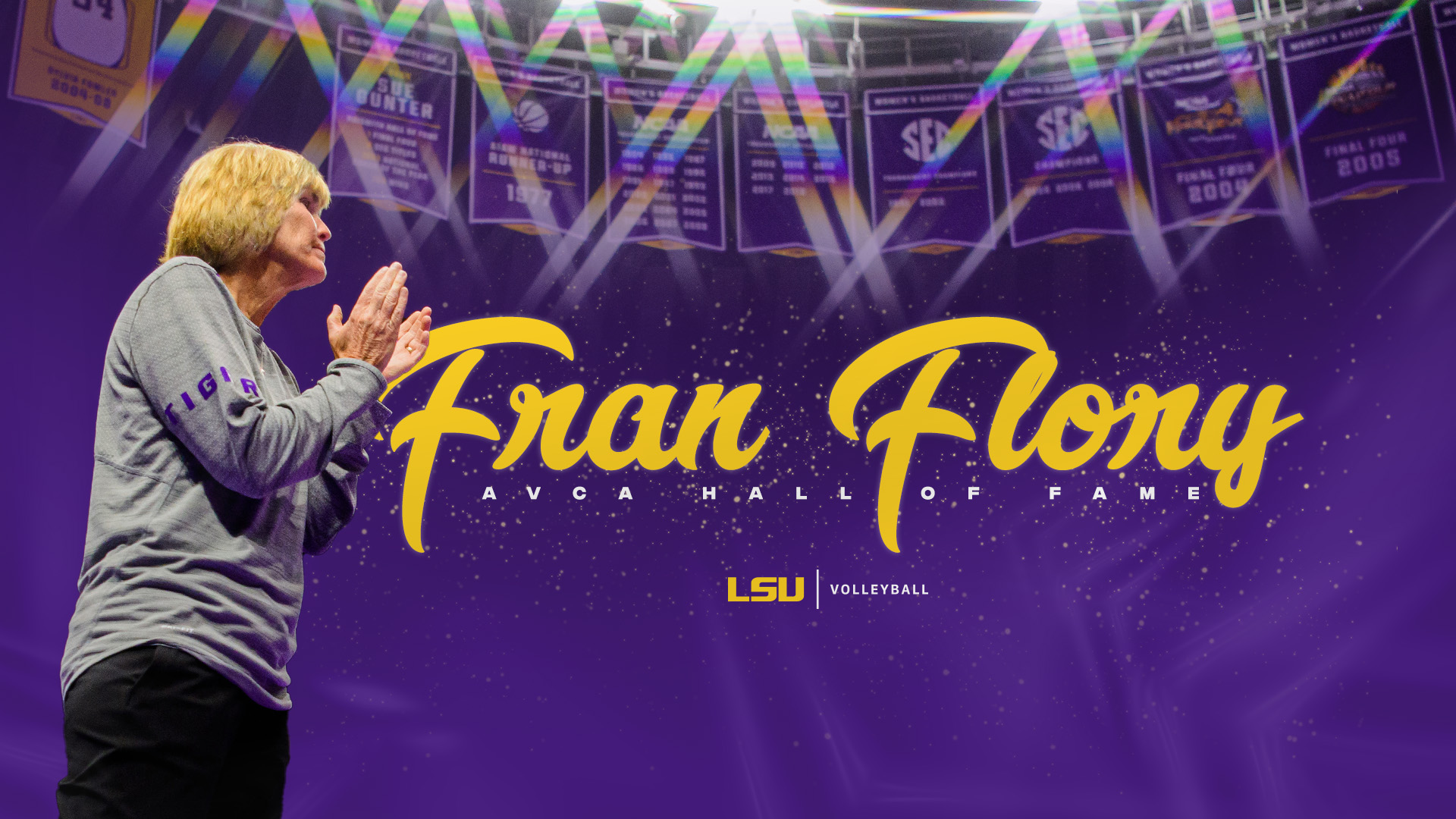 Joining Flory will be Susan Brewer, Shelton Collier and Rich Luenemann to make up the 2022 AVCA Hall of Fame Class. With the addition of these four volleyball icons, the number of AVCA Hall of Famers increases to 96. The quartet will be formally recognized at the 2022 AVCA Convention in Omaha, Neb. During the Jostens Coaches Honors Luncheon on Thursday, December 15.

“I am humbled to be selected into the AVCA Hall of Fame,” Flory said. “This was never anything on my radar. Every day I strived to be true to the sport, true to student-athletes and true to my colleagues. To be recognized in this way is truly an honor. This is not an individual award. It is also a reflection of my amazing staff members throughout the years who made such a difference for me and for our sport.”

Flory announced her retirement in December 2021 after 31 years as a head coach, including 24 years at the helm of the LSU volleyball program. Flory compiled a 405-302 record with the Tigers, led the team to nine NCAA Tournament appearances, seven SEC West Divisional titles and a SEC Championship title in 2009. Flory tallied 515 career wins with stops along the way at Wittenberg (one season), Southeastern Louisiana (one season) and Kentucky (five seasons).

“Congratulations to in my opinion, the most deserving coach to be inducted into the AVCA Hall of Fame,” said current LSU Volleyball Head Coach Tonya Johnson. “Fran has devoted her entire life to growing the game of volleyball in the most positive ways. She has had a profound impact on me as a player, a coach and most importantly, as a human being. I truly believe no one is more deserving of this honor.”