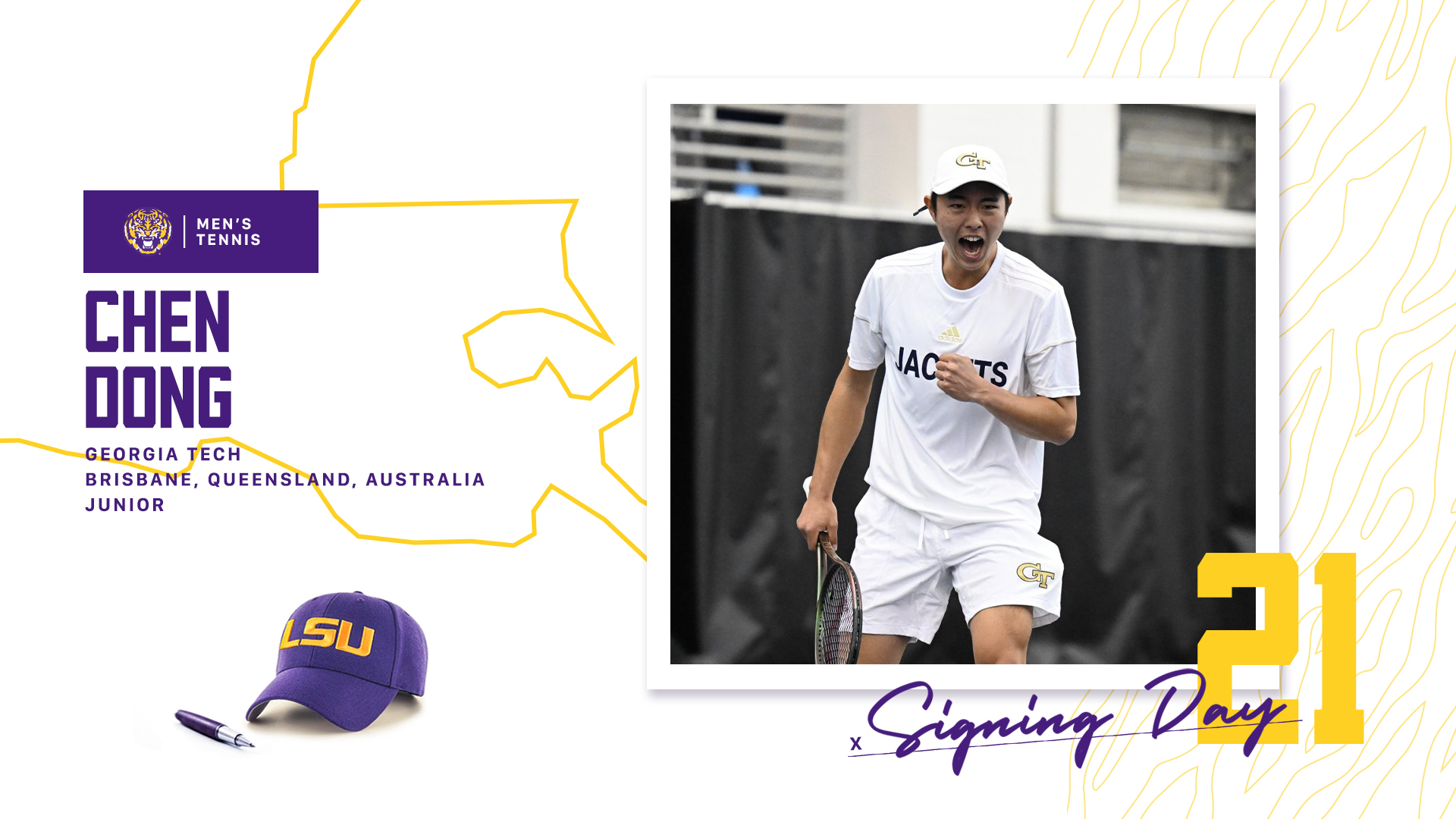 “Chen has a long history of success dating back to when he was ranked top 60 in the world for U18s,” Bryan said. “What stands out most is his elite groundstrokes and how clean he strikes the ball off both sides. Chen has proven over the past two years that he can win against tough competition in the ACC. We are excited to have him join our team and expect him to make an immediate impact.”

Dong, an incoming junior, joins the Tigers after two seasons with the Yellow Jackets. During his time in Atlanta, Dong posted a career singles record of 36-23 and played at the No. 3-6 spots. In doubles play, he grabbed a total of 18 wins in doubles play.

Prior to Georgia Tech, Dong held the ITF world junior ranking of No. 56. He won three ITF titles and competed in the junior Australian Open and U.S. Open grand slam events. Dong also represented Australia in Budapest for the Junior Davis Cup competition where he played at the No. 1 singles and doubles spots.