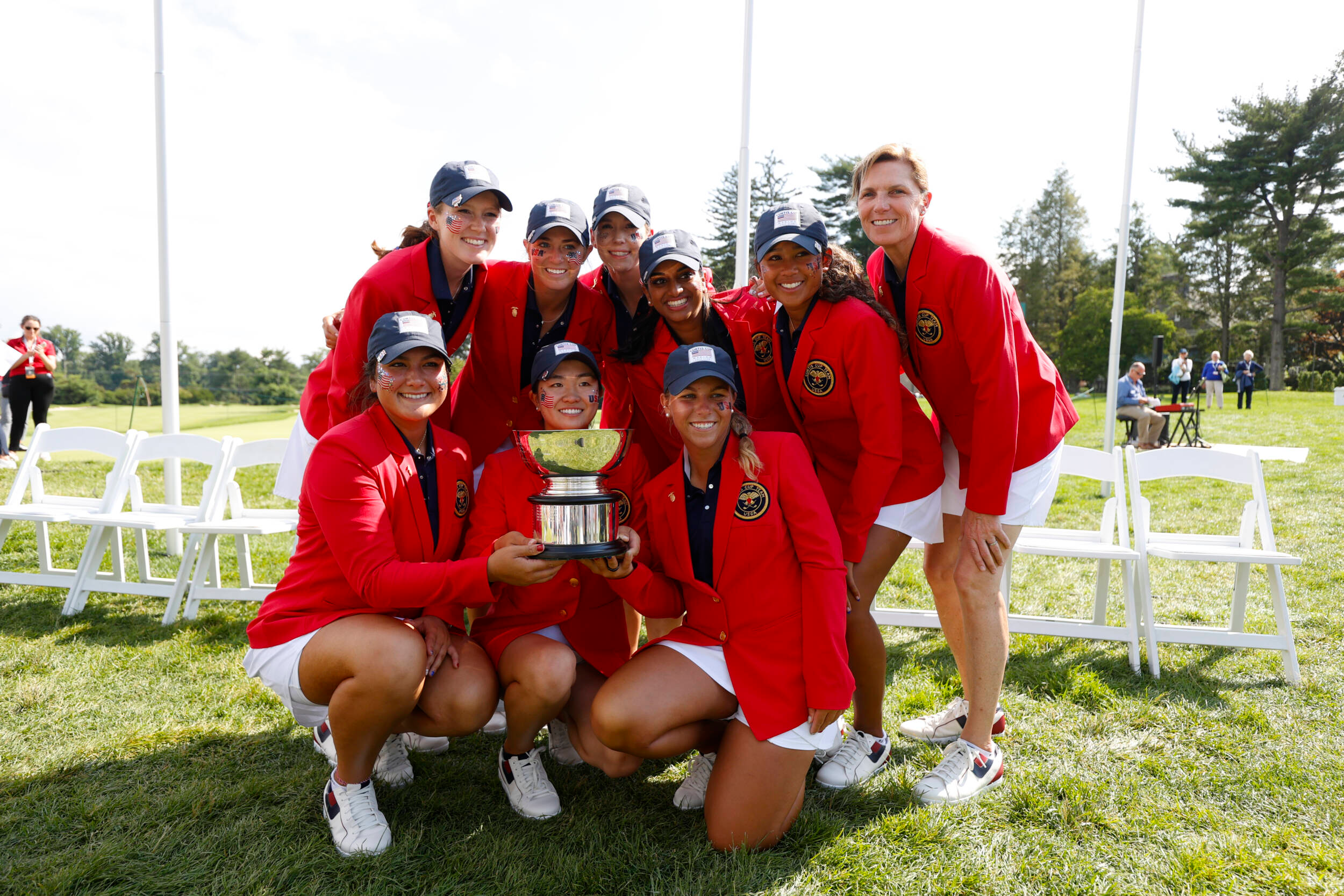 BATON ROUGE – Just tell LSU’s Latanna Stone she needs to rally in the final holes of a match and she has shown she will respond this year.

In the SEC Championships, Stone made key points to swing and clinch matches in the semifinals and finals. Saturday morning, Stone went birdie-par on the 16th and 17th hole to get her match with Emilia Migliaccio of the USA back to even and the Americans won a third consecutive hole on the 18th to win the match.

Sunday, she rallied from 2Down with six holes to play in her Curtis Cup singles match and won the match over Charlotte Heath 1UP with a conceded birdie putt from less than two feet on the final hole. Heath could not make her putt and the Americans had another point on a day when they won 7-of-8 singles matches at Merion Golf Club in Ardmore, Pennsylvania to score a dominate 15.5-4.5 over Great Britain and Ireland in the 42nd Curtis Cup matches. It is the 31st win for Team USA.

Stone was 2 Down coming to the 13th hole to Heath, who played at Florida State this past season. Stone, a Riverview, Florida native then birdied the 13th and 14th holes to get the match to tied. Stone got a third hole on the par four 16th going one up. Heath tied the match with a win on the par 3 17th, setting up the drama on the 18th hole.

On her second shot at 18, Stone had 150 yards to the pin and hit possibly her best shot of the weekend to tap-in range. Heath conceded the putt for the birdie and then couldn’t make her own birdie from some 10 feet, giving Stone the 1-up win.

“I heard the crowd get a little excited, so I thought that it had to be within eight feet or something like that,” Stone said after the match. “I walked up, and she (Heath) gave me the putt and I was like ‘Alright, let’s go!'”

The Curtis Cup rookie, who will play her third Arnold Palmer Cup in July in Switzerland, finished the week, playing in four-of-the-five sessions and finished with a 3-1 record for the USA.

“It’s unbelievable,” she said of the weekend. “This has been the greatest week of my life and I’ve gotten so close with my teammates here. I’m just so happy to be here.”

Stone will also be looking to play in the United States Women’s Amateur which is set for early August at Chambers Bay in University Place, Washington.