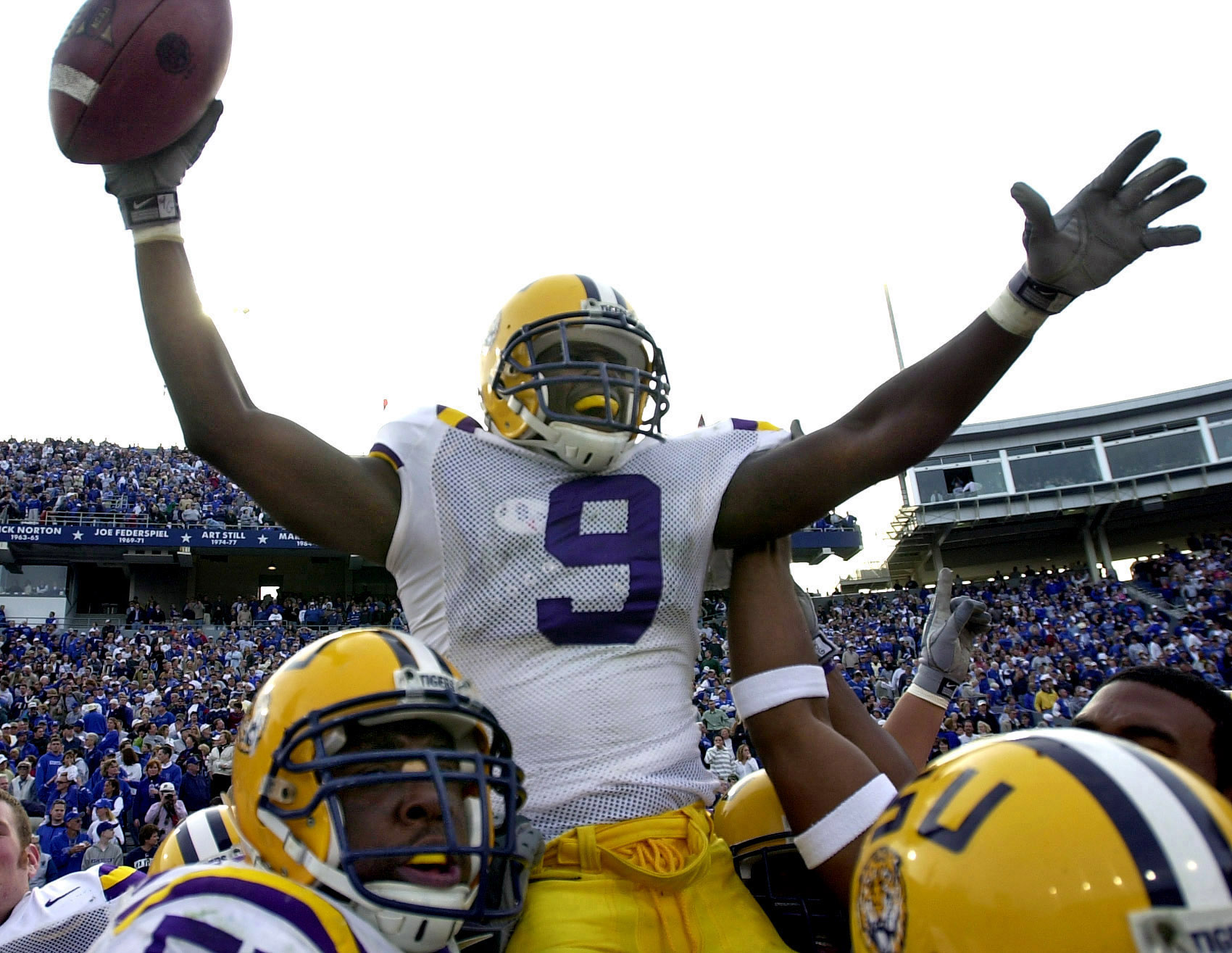 BATON ROUGE – Former LSU standout Devery Henderson, who will forever be remembered as the player on the receiving end of the “Bluegrass Miracle” in 2002, has been selected for induction into the New Orleans Saints Hall of Fame for the Class of 2022, the organization announced.

Henderson, a native of Opelousas, Louisiana, will be inducted into the Saints Hall of Fame along with running back Fred McAfee the weekend of October 28-30 when the franchise hosts the Las Vegas Raiders in New Orleans.

Henderson gained national fame when he hauled in a 75-yard touchdown pass from Marcus Randall as time expired in LSU’s unlikely 33-30 win over Kentucky in Lexington in November of 2002. The play, dubbed the “Bluegrass Miracle”, won an ESPY as the Best Play in Sports that year beating out plays from Kobe Bryant, LeBron James, Michael Vick and Barry Bonds.

The play is considered one of the best buzzer beaters in college football history and ranks among the top plays in LSU history, joining Billy Cannon’s 89-yard Halloween Night punt return to beat Ole Miss in 1959 and Tommy Hodson’s touchdown pass to Eddie Fuller to beat Auburn in 1988 in what has become known as the “Earthquake Game”.

Henderson, a converted running back, helped LSU to a pair of Southeastern Conference titles and as a senior in 2003, he was a key member of the Tigers’ first national championship since 1958. Henderson capped his LSU career with 81 receptions for 1,335 yards and 19 touchdowns. He also rushed for 433 yards and three scores. He earned second team All-SEC honors in 2003.

Following his senior season, Henderson was selected by the Saints in the second round with the 50th overall pick in the 2004 NFL Draft. He played his entire nine-year career with the Saints and holds the distinction as being one of the few LSU players to win both a national title and a Super Bowl.

During his 124-game career with the Saints, Henderson caught 245 passes for 4,377 yards and 20 touchdowns. He appeared eight postseason games, catching 31 passes for 464 yards and four TDs. He was a member of the Saints’ Super Bowl XLIV Championship Team.