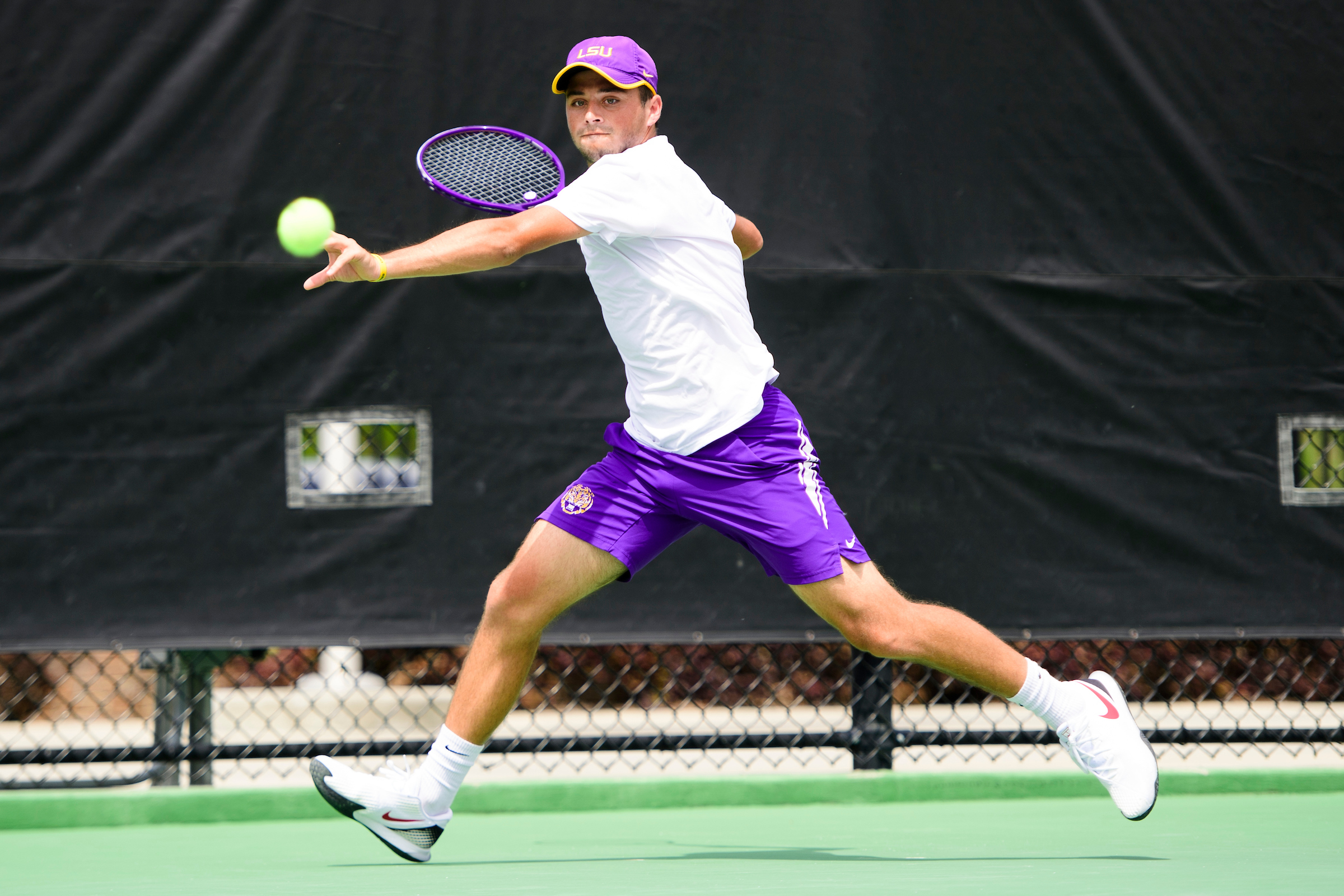 Champaign, Ill. — LSU men’s tennis sophomore Ronald Hohmann won in the first round of the NCAA Singles Tournament (6-2, 6-4) on Monday morning at the Khan Outdoor Tennis Complex in Champaign Illinois.

No. 29 Hohmann faced Baylor’s No. 36 Matias Soto. The matchup was the perfect start to the NCAA Singles Tournament.

Hohmann struck first, quickly putting up a 2-0 lead. Soto managed to come back and tie the set at 2-2, but that was all for him in the match. Hohmann managed to extend his lead to 6-2 and secure the first set win.

The second set kept spectators on their toes. Hohmann secured the first points of the set, putting up a 3-0 lead before Soto managed to put the set at 3-2. The rest of the set was a race to the finish as Soto attempted to secure the lead. Hohmann extended his lead to 5-2 before Soto caught up, making the set 5-4. The set, and match, came to an end at 6-4 as Hohmann made match point.

Hohmann will advance to the second round of the NCAA Singles Championship and is set to play Tuesday, May 24. Match time and opponent TBD.